With hybrid work trending across the world, it’s time that your desk got an upgrade too. And giving you a chance to do just that is Sotheby’s. The auction house is set to sell Virgil Abloh’s quirky chic ‘Efflorescence’ desk, and you too can get your hands on it! 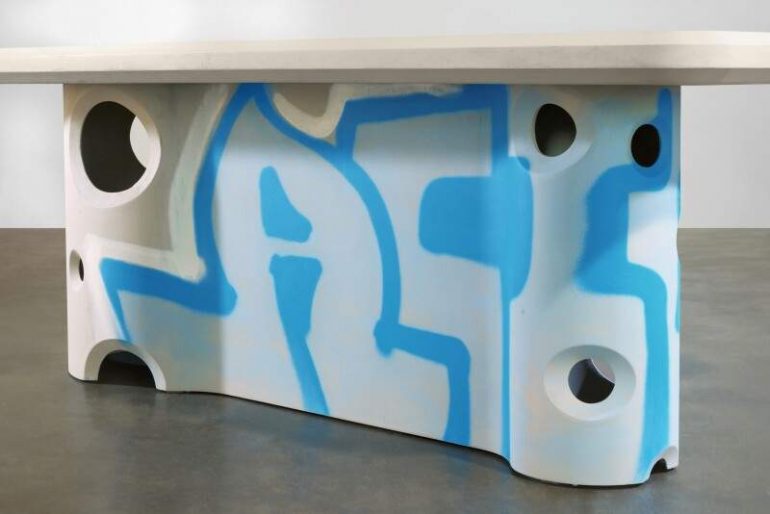 Part of the ‘Efflorescence’ collection that was revealed at Paris’ Galerie Kreo in 2019, the desk is made of concrete and features blue spray-painted letters. Proceeds from its sale will go to the newly established Virgil Abloh Foundation, which is armed with the mission of making all creative avenues more inclusive. 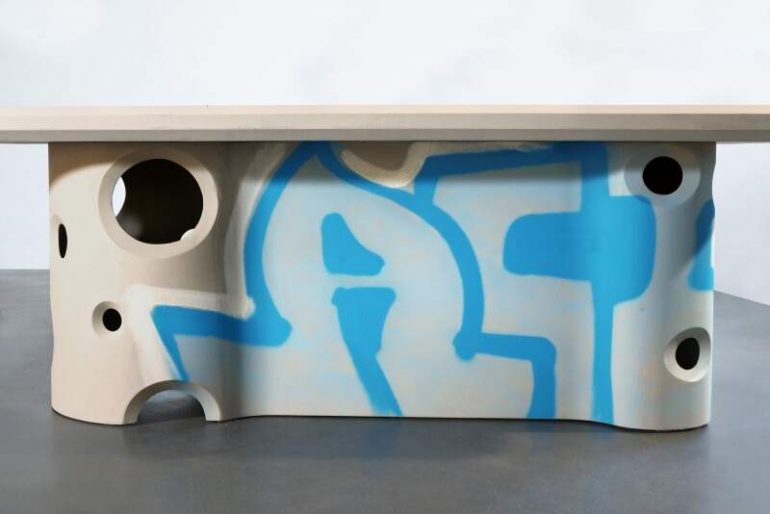 Commenting on the ‘Efflorescence’ collection, Abloh has previously said, “To me, design always has the inherent idea of being a bridge from the past, with an eye towards the future.” Noting similarly on the desk on offer, Sotheby’s stated: 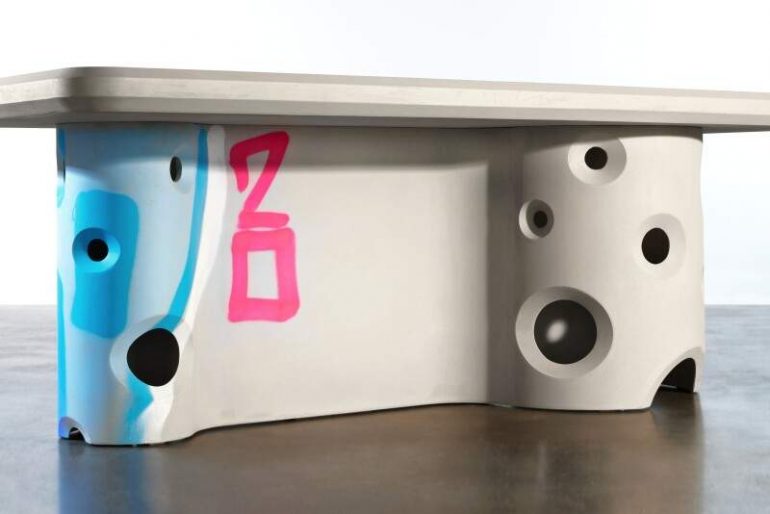 “The piece, although carefully constructed with rounded corners and deliberately incongruous voids, looks like an extension of a city’s urban fabric – the magical manifestation of a megapolitan ecosystem. The hand-painted graffiti running through the body of the work, which reads ‘ACID’ and ’20’, testifies to the unique quality of the object, which Virgil used as an architectural canvas on which he applied his dynamic and idiosyncratic writing.” 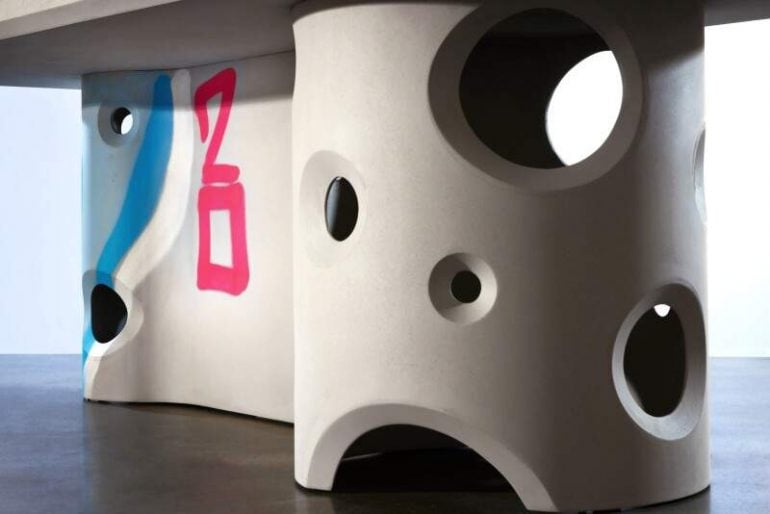