There’s so much a person can do with a quarter of a million dollars! But Azature would rather have you spend it on a black diamond nail polish that it recently unveiled to the public. So, if you love your nails a little too much or are in an unstoppable need to splurge, Azature’s new enamel could may as well be your next purchase! 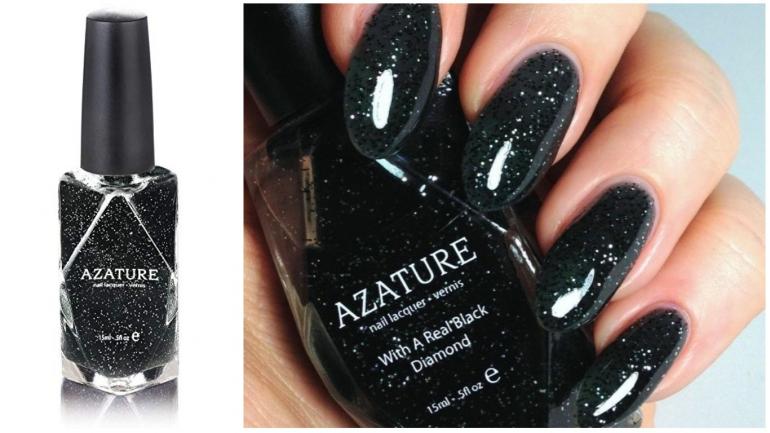 Contained with 267 carats of black diamonds, the luxe lacquer is already making claims for being the most expensive nail polish in the world. With a $250,000 price tag, it overtakes the $130,000 Gold Rush couture nail polish by British jeweler Models Own, that up until now claimed to be the costliest of its kind. Hollywood-based Azature has been a go-to brand for black diamond jewelry amongst celebrities and it is the marquee’s obsession with the jewel that has apparently led it to create the luxe nail enamel.

As stated by a company spokesperson, “One day we thought, ‘Why not showcase this style on nails?’ So we developed a Black Diamond Nail Polish with the same attention and quality as out jewelry in order to preserve the elegance of the black diamond.” A more pocket friendly version of the glitter (costing $25) will be also available at Fred Segal from August this year, however, we highly doubt if it would be anything like the quarter million black diamond!!

Tags from the story
Most-Expensive, Nail-Polish