The most expensive perfume collection ever created by World of Diamonds, one of the world’s largest privately held diamond corporations, in partnership with Cuarzo The Circle, a leading Spanish perfume house, The Royalé Dream, will make its debut today (September 19) at the Amber Lounge Singapore, during the Singapore Grand Prix weekend. 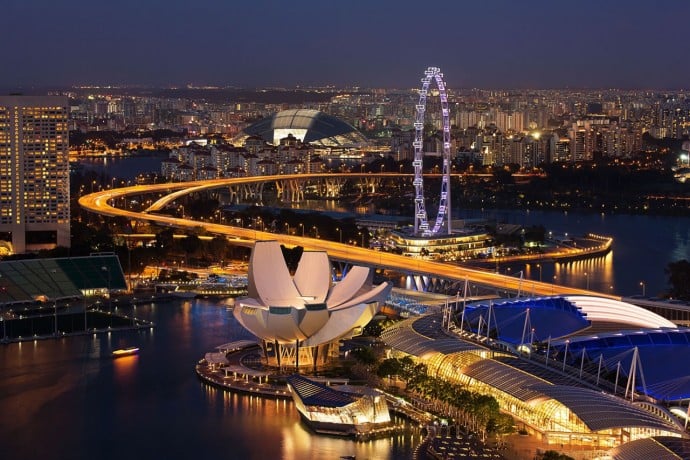 The diamond-encrusted perfume will be encased in a palladium-plated, lambskin-lined ostrich egg designed case, to hold one of three artfully adorned perfume bottles, as well as a lambskin pillow fitted with a blue diamond ring – which is also part of the collection. Priced at nearly $140,000, The Royalé Dream will be available to qualified bidders through a silent auction at Boudoir Noire, at Singapore’s iconic Capitol Theatre on September 20.

World of Diamonds will also dazzle Amber Lounge’s VIP guests with over $7 million worth of singular sparkling creations during the Amber Lounge Fashion show on September 19. Pharrell Williams and Bon Jovi are among the world-class acts lined up for the F1 festivities this year.