Guizhou province is southern China is now home to world’s biggest man-made waterfall. This astonishing feature is actually part of the Liebian International Building in Guiyang – and it employs four giant pumps to push recycled water from basement storage tanks to the top of the 121m high building from where it cascades down the side to create the waterfall. 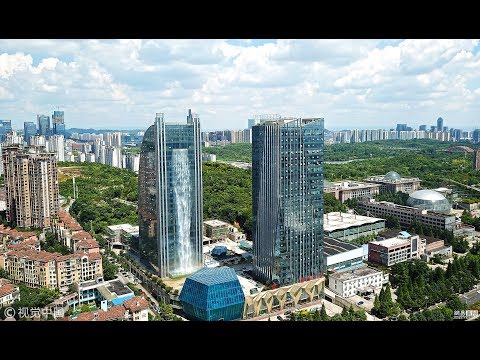 The building and waterfall feature were complete two years ago, but the actual waterfall has only been turned on around 6 times so far. One of the reasons is the high operating cost of the equipment that creates the water feature. The cost of powering those massive pumps for just one hour is $117.

The Liebian Building in Guiyang, China, which has the world’s tallest artificial waterfall on its facade… pic.twitter.com/DRAsOMGwsh

The building was a project of the Ludi Industry Group whose director Cheng Xiaomao disclosed that the building will house offices, shops and a luxury hotel. Speaking about the inspiration behind the design he said, “Guiyang is a city of mountains, and with many trees, just like a forest. He wanted to create a feeling of water and greenery, even when you are surrounded by skyscrapers.” 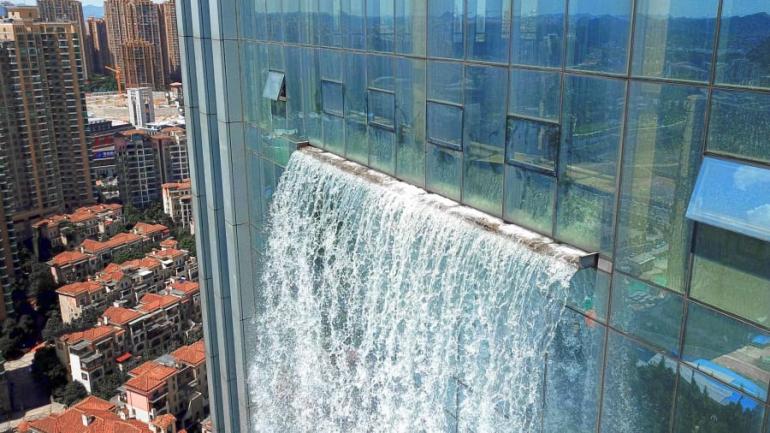