The world’s largest semi-underground stadium is taking shape in China. The 33,731-square-metre Quzhou stadium is the work of MAD architects and will come with grass roofs that make the mammoth appear like a piece of land art. What lies beneath is a grand crater of a stadium with undulating seating for 30,000 people. “It will be “the largest earth-sheltered complex in the world,” said MAD Architects, the studio led by architect Ma Yansong. The studio shared, Its landscape evokes those of planets imagined by visionary science fiction authors. This complex will comprise a sloping facade supported by 60 columns made from locally-produced concrete. 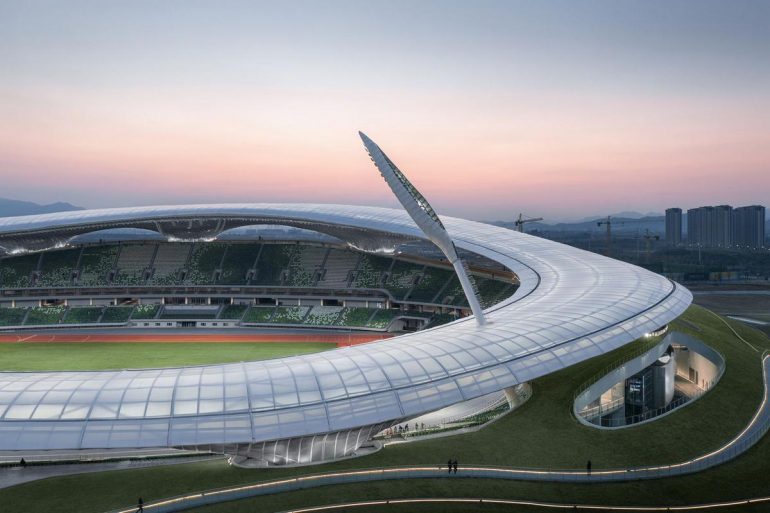 The more important question is what goes underground and what remains in clear view. The stadium’s arena and seating are located above ground for obvious reasons; however, most amenities and parking garages are accommodated inside the undulating hill. The well-designed stadium flaunts large openings to allow ample light to make the underground spaces come alive. 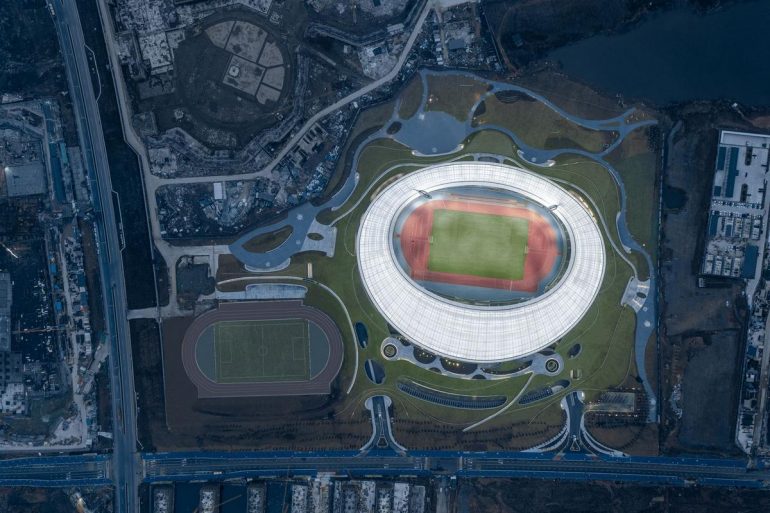 The stadium is designed to absorb, store and infiltrate rainwater that, minimizes rain damage, and reduces energy consumption and temperature fluctuations. With green seats and signage that blends into the natural surroundings, the design studio hopes its design of Quzhou Stadium will make it hard to tell where the landscape ends, and the building starts. 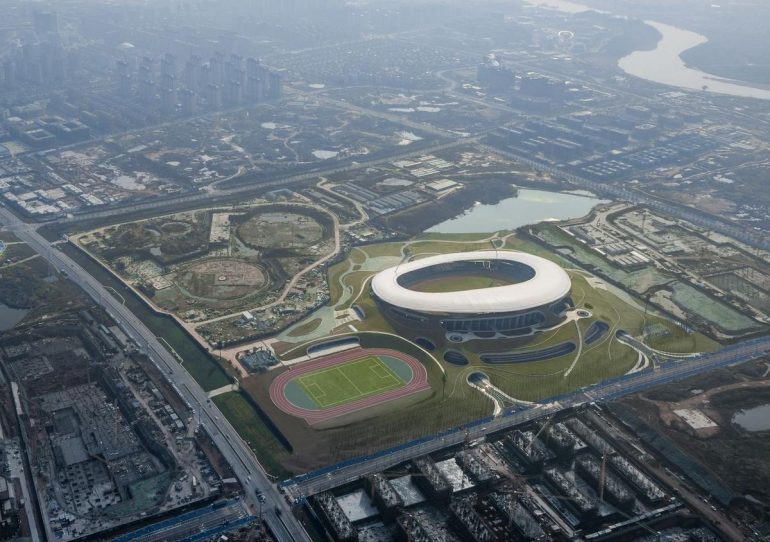 According to Dezeen, the studio said, “MAD Architects considers the stadium grounds as not only a dynamic park space adjacent to the city’s urban center amenable to athletic and leisurely recreation but also an opportunity for a spiritual connection between people and nature.” Quzhou Stadium is part of the Quzhou Sports Park that will boast a 10,000-seat gymnasium, a science and technology museum, a 2,000-seat natatorium, hotels, a youth center, and retail programs.