Industrial designer, neon-lover, environment supporter Karim Rashid is doing it again. Only better! After lending his aesthetics to metal tiles for Alloy or even a scintillating crystal kitchen for Scavolini, the award-winning arbitrator of architecture is designing an entire eight-story apartment building in East Harlem. And much like the location, the designs seem to be going Gangnam as well. 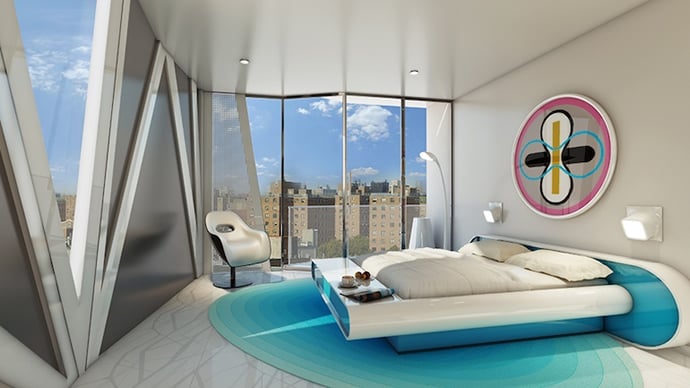 HAP Investments happens to have convinced Karim Rashid to model a mixed-use project poised to become a 19-unit space of which there will be 17 one-bedrooms and 2 two-bedrooms in a 495 to 765-square-feet as well as a ground floor commercial space. Off-the-wall renderings for the building reveal a “diamond signature” design that looks like trademark Rashid. 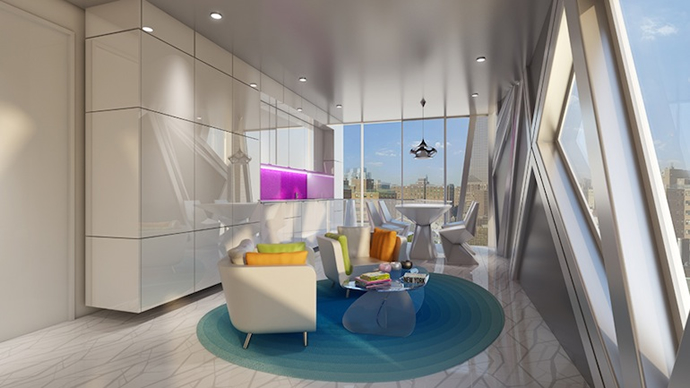 A seemingly futuristic functionality prevails in what looks like a living room. While earthy elements such as the sunlight streaming wall-to-floor windows are in place, they come meshed with minimalistic designs and space-age shapes imitated in the furniture.
Similar spick and span-ness is seen in the bedroom as well. Only the couches and dining paraphernalia are replaced by a trendy bed that extends to hold domestic hodgepodge and corner chairs. However, the aqua-inspired carpeting remains the same as the drawing room and matches well with the artsy wall space. 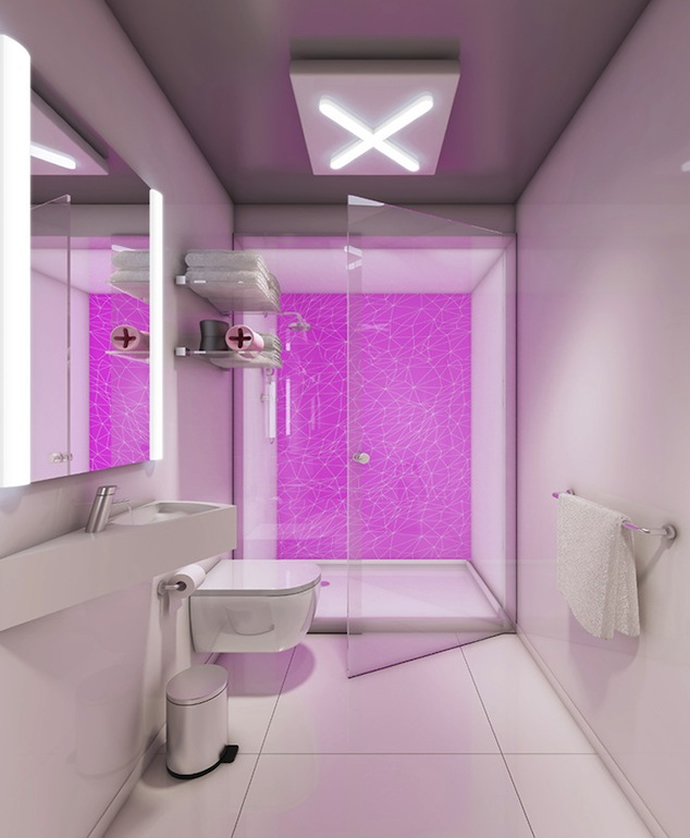 Even the bathroom reflects the revolutionary design, its length strewn with a smattering of fashionable fittings ending in a color-infused shower stall. The décor is decidedly in sync with the needs of the modern age.

Located at 1655 Madison Avenue, the property’s prices are listed starting at $430,000. And while we can’t say whether they will be rentals or condos, they sure will channel candy and crystal.