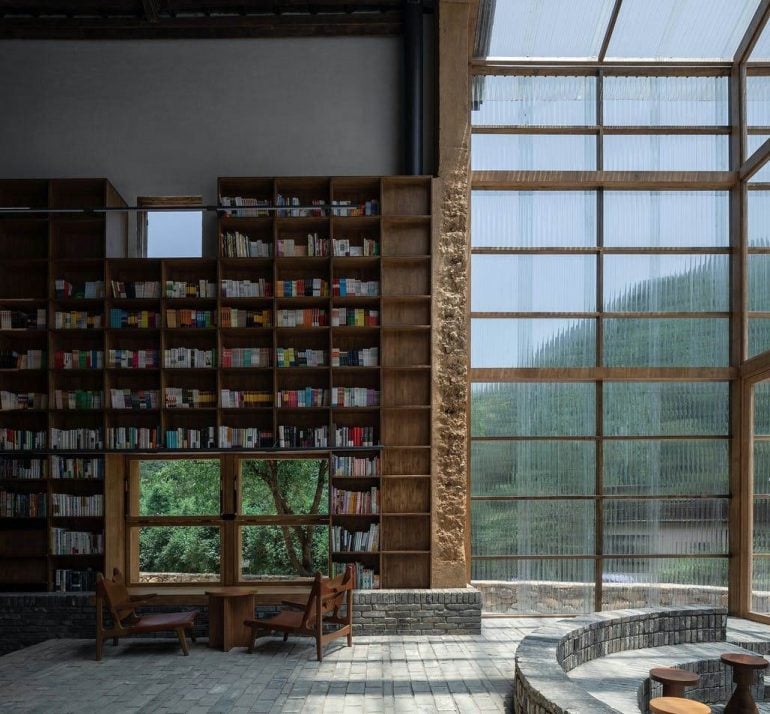 Surrounded by mountains on all four sides, the project involves a unique hostel in the village of Qinglongwu. It is built on inside an old rammed-earth structure that features a glazed gable-end extension (with the use of wooden frames and corrugated polycarbonate panels) and spans a total of 232sq m in size. 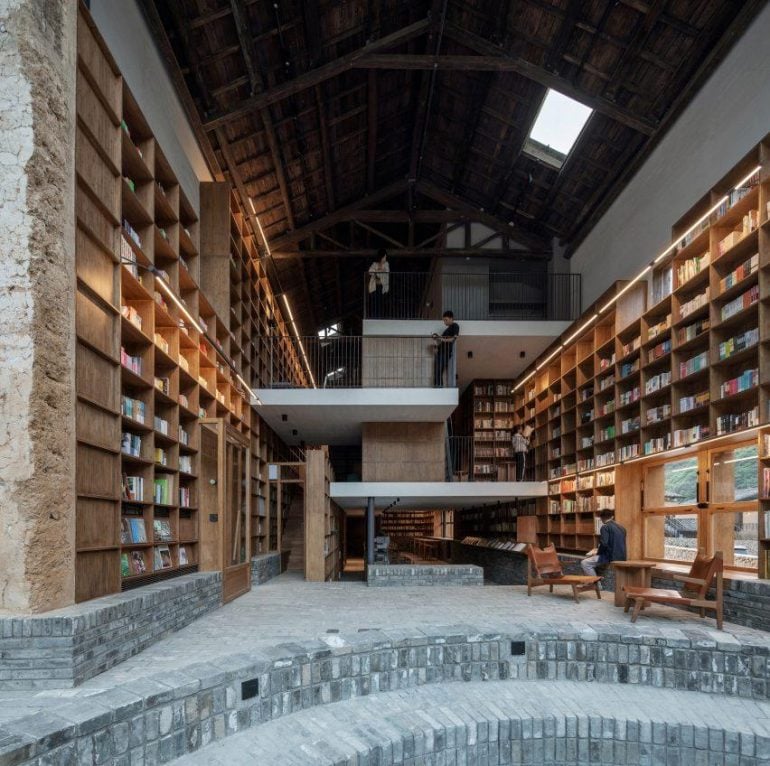 It accommodates 20 people and includes a community bookstore and library into the 7.2m high two-story space. Built by renovating the old structure, the ground floor has been opened up for library and public spaces by removing the partition walls and original floors, and two independent “floating” structures are placed above the library. 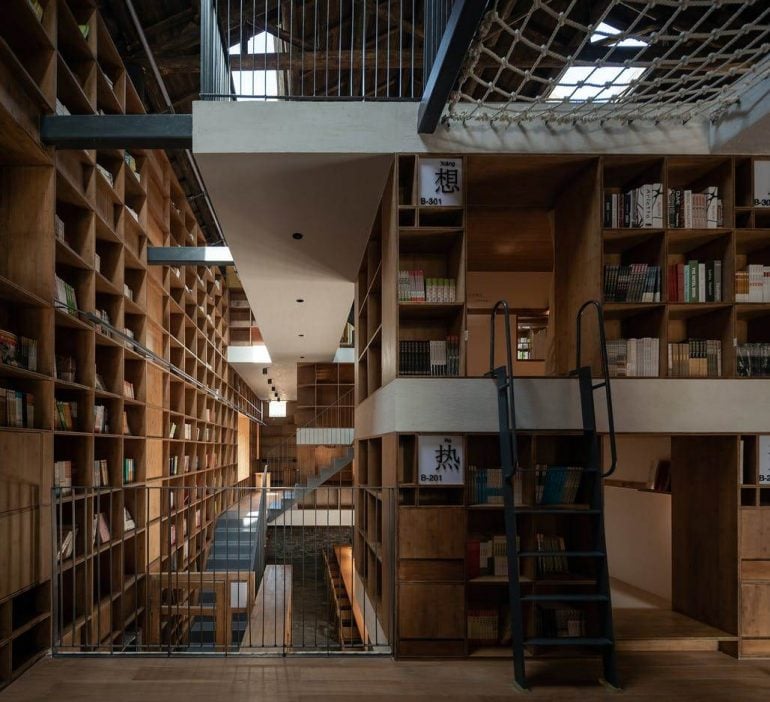 These structures further include ten capsule rooms and one bathroom as well as divided mass to create versatile seating and sleeping arrangements for guests of the hostel. The exterior, too, has been renovated to feature a transparent structure in place of an old gable wall at the east end of the building. 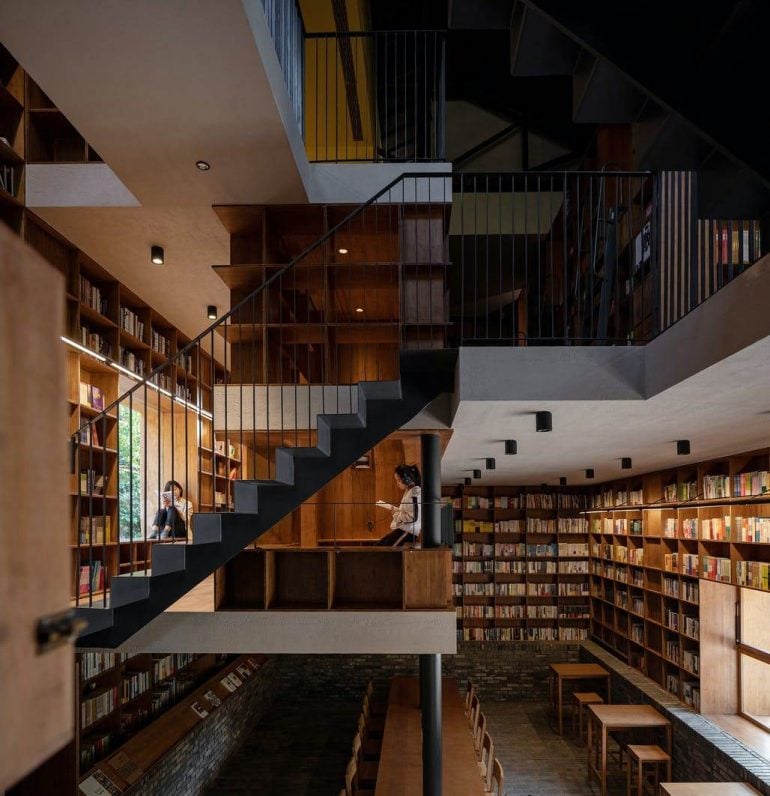 Commenting on it, Atelier tao+c said, “The stairs, with only nine steps for each section, formed a zig-zagging route with quick turns,” said the practice. It is in fact quite similar to the paths in the mountains where moments of people’s meandering, ascending, stopping, reading, snooping, and resting in the capsules are revealed from time to time.”

It further added, “At twilight, the whole building is illuminated by light from the interior, and the building itself becomes a lighthouse, offering a slice of warmth to the calmness of the night.” The award was judged by a “super panel” of jurists, including design luminaries like Nigel Caotes and Yael Reisner, wherein Atelier tao+c outdid over 100 other finalists across 11 different categories.