If ‘Miami’ to you meant ‘beaches,’ you may have to rethink your definition. Miami is set to become the city of the ‘SkyRise.’ Well, almost. A local developer, Jeff Berkowitz, has designed what looks like a vertical hairpin with features such as fine dining, bungee jumping, a “drop ride,” and an amphitheater. And if things go as planned (by Berkowitz), the structure would be the tallest building in Miami, sitting on a tiny sliver of land behind Downtown’s Bayside development. 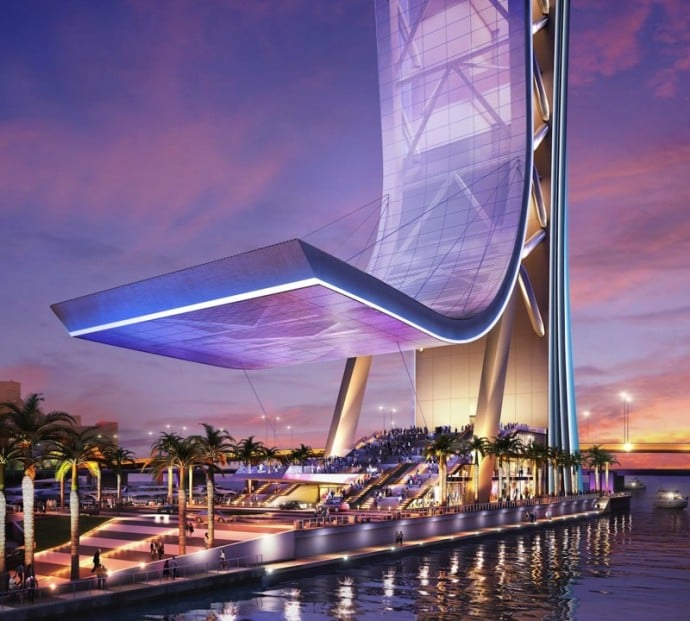 “This is going to become Miami’s Eiffel Tower,” expressed Berkowitz of the 1000 feet tall marvel. The $300-$400 million SkyRise is currently in search of investors. Talks are on between Berkowitz and prospective Chinese backers. 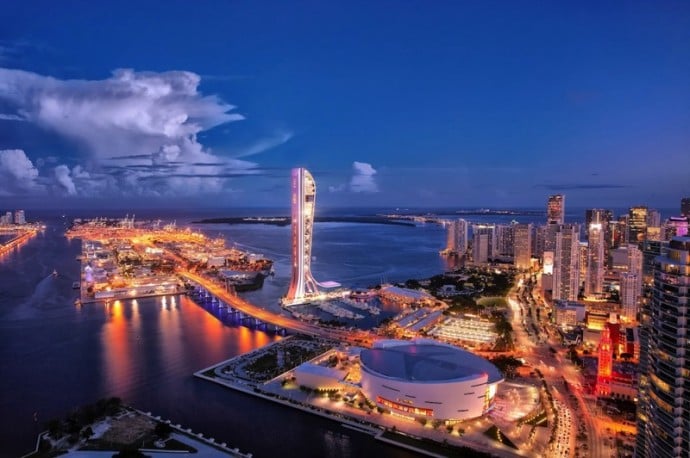 The search shouldn’t be long considering the curvaceous, open-sided structure, has been created by Arquitectonica so that hurricane-force winds can safely blow through it. The sleek, steel, and glass Gargantua-on-water would also house a nightclub and a flight simulator. 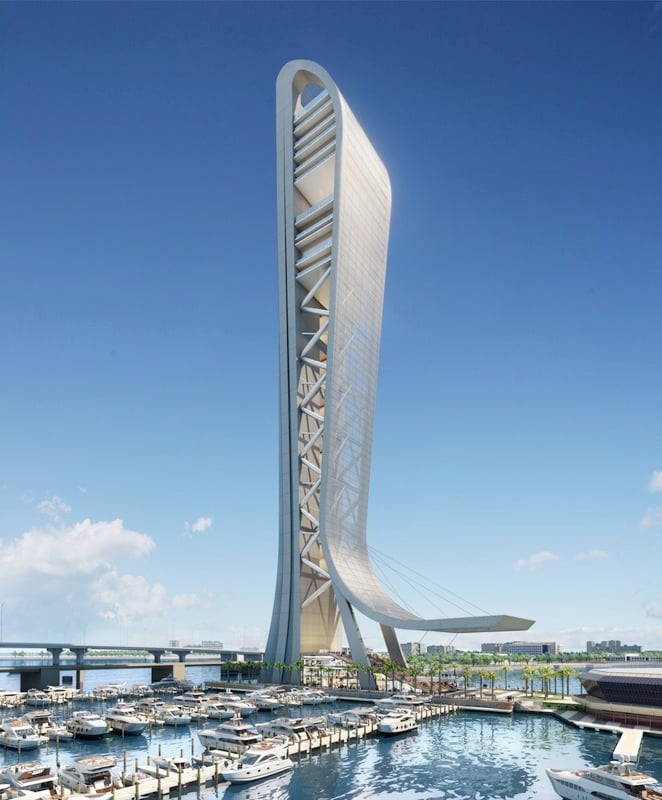 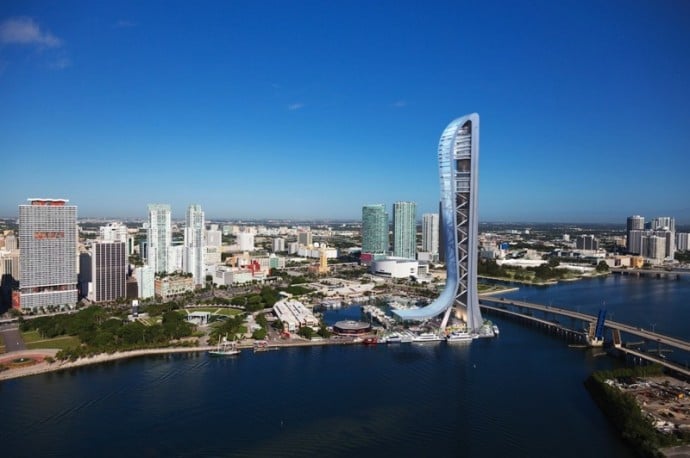