With Art Basel Miami Beach wrapping up, the world of the Arts is still abuzz. And this year again, it’s the whole city of Miami that was the stage for the greatest display of art. Exactly one year after opening the doors of his Faena Miami Beach Hotel, Argentine hotelier and self-described “urban alchemist” Alan Faena inaugurated a few days ago the Faena Forum, Bazaar, and Park. These are the final pieces to his utopian, billion-dollar Faena District… yes, a district, as recognized by the government of Miami Beach. Let’s take a tour. 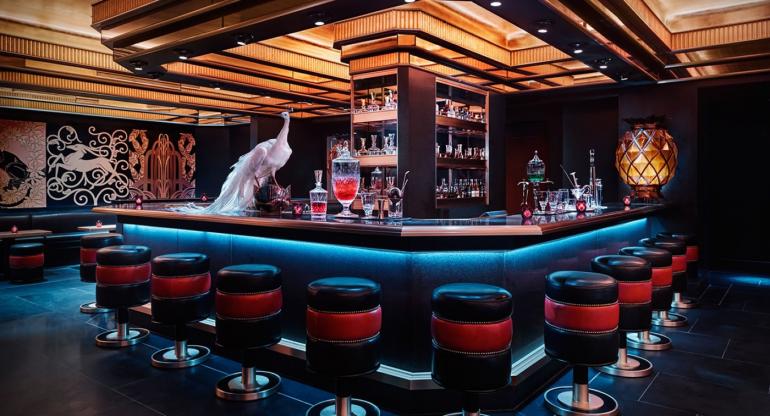 The former “Queen of Collins Avenue,” a hotel opened in 1947 as the Saxony Hotel was restored to its legendary glory just a year ago. Rare are the hotels that honor the Arts so much, every form of art. An Art Deco building, the Faena Miami Beach Hotel is home to an impressive collection featuring remarkable works by artists Damien Hirst, Jeff Koons, Alberto Garutti, Gonzalo Fuenmayor, Manuel Ameztoy, and Juan Gatti. 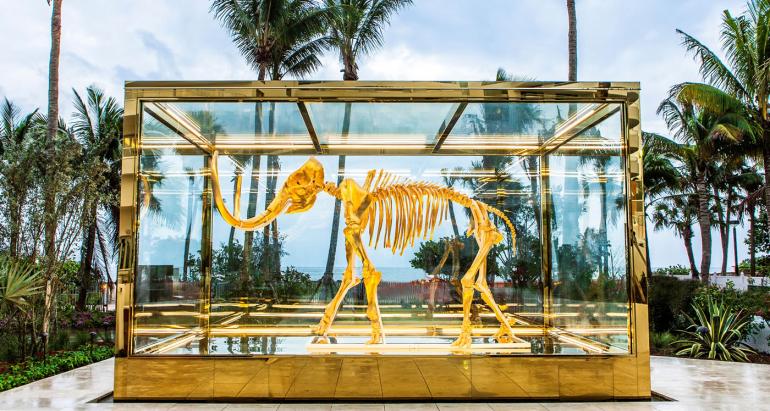 Art is also carried throughout the 2 main restaurants, be it on the walls, hanging from the ceiling, or on your plate. Los Fuegos, from Argentine chef Francis Mallmann’s (his first restaurant outside South America), features an open-fire kitchen, and serves local ingredients, transforming traditional rustic recipes into sophisticated, savory dishes. The gilded, award-winning Pao, by chef Paul Qui, is a modern Asian cuisine experience under the high patronage of the $6.5 million Damien Hirst Unicorn. 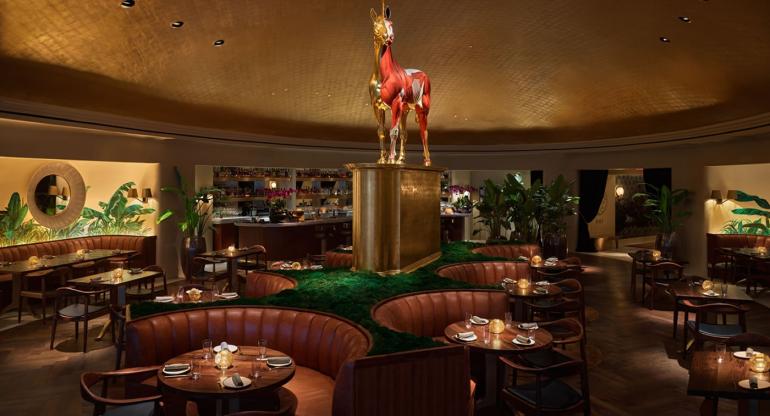 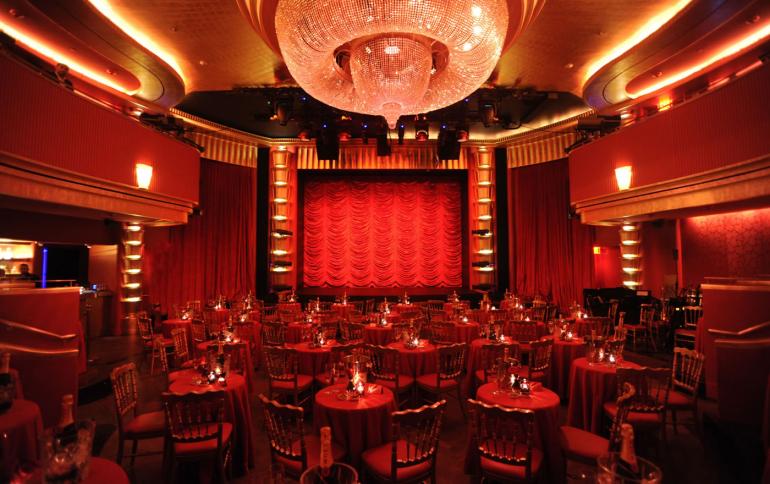 Other cool features of the hotel include the red and white pool deck, the gigantic, private beach area and the Tierra Santa Healing Spa featuring 11 treatment rooms and boasting the largest hammam in Miami. 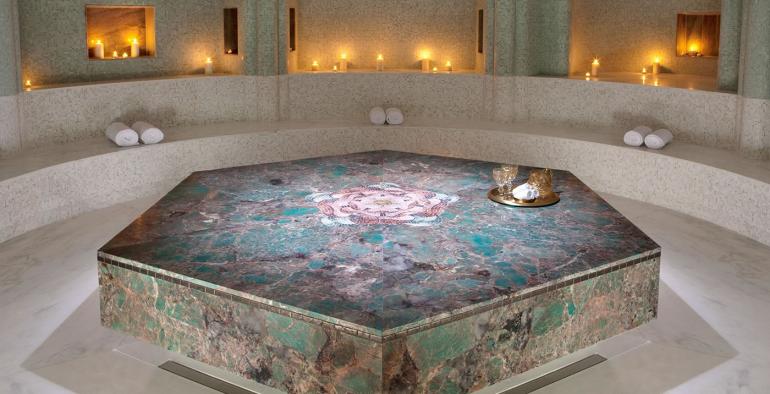 Next to the hotel, the newly opened Faena House tower designed by Foster + Partners has it all: in-house spa and fitness center, fully-staffed beach club, concierge services, round-the-clock doorman, and more. The design of all units is elegant, light and open with floor-to-ceiling window walls and sliding doors. 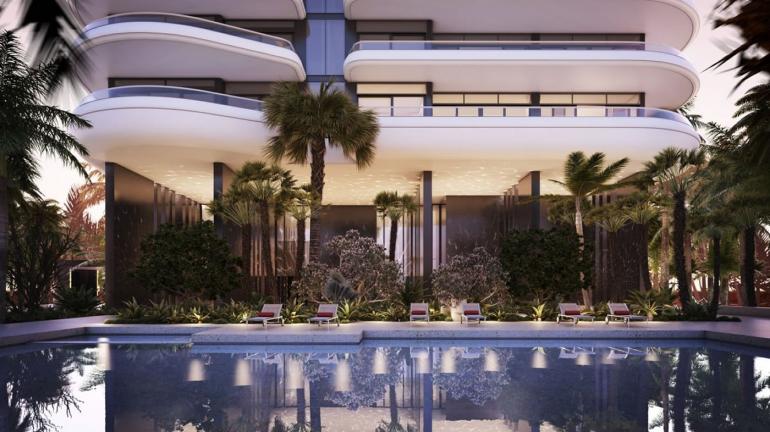 The 18-story luxury condominium became even more famous a few months ago, with the listing of a $60 million penthouse, the priciest of its kind in Miami. Dramatic features include a 21m-long rooftop pool, a private interior elevator, and a wrap-around terrace with views of the Atlantic Ocean, Indian Creek, and the downtown Miami skyline.

Across Collins Avenue is the Faena Forum: a pioneering new public venue dedicated to presenting and showcasing the ambitious, innovative, and groundbreaking in fields ranging from art and entertainment to business and beyond. Under the artistic direction of Ximena Caminos and Faena Art, Faena Forum will offer Miami a dynamic setting, allowing for ongoing programming as well as use by private companies, institutions, and individuals for private events, conferences, fashion shows, and design exhibitions. 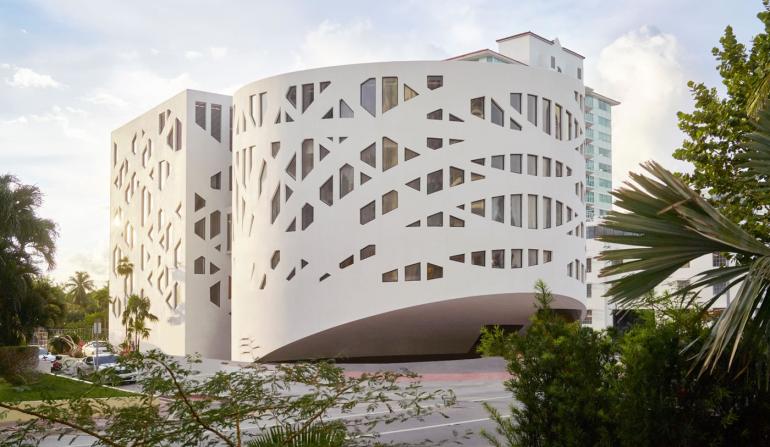 Just a 10-minute drive to Bal Harbour Shops, the Miami Design District, and notorious South Beach, the Faena District offers the perfect location for holidays, business or a quick stop in town. The recent opening of the Forum, Bazaar, and Park represents the culmination of Alan Faena’s vision to create a new neighborhood rooted in art and culture: “Miami was always about fantasy. We are trying to bring back that glorious moment of fantasy and glamour,” said Faena. Mission accomplished, for sure. I already can’t wait to see what they will invent for next year’s Art Basel Miami Beach…

Geoffrey Ravoire
Founder of UNITIATE, Geoffrey is a Marketing Expert, Luxury Specialist and Hospitality Enthusiast. Wherever he goes, his early career and personal interests have always helped him nurture and cultivate a passion for the Travel and Leisure industries. French-born, Geoffrey has accumulated an extensive experience abroad, thanks to regular visits to foreign countries but also thanks to years of expatriation. Currently based in Chicago, Geoffrey has already lived and worked in New York, Shanghai, Singapore and Monaco. You can meet Geoffrey on Twitter and Linkedin.