The first Waldorf Astoria development in South Florida is all set to open its doors to residents who will take immense pride in saying they reside in the tallest residential tower south of Manhattan. a whopping 1,049 feet tall, the Waldorf Astoria tower in downtown Miami looks raring to cleave a new skyline standard in the city. Ryan Shear, Managing Partner of New York and Miami-based Property Markets Group (PMG), the project’s developer, said, “Miami has become a true global city, drawing in a high concentration of international buyers and travelers, as well as those domestically from the Northeast, Midwest, and California. Waldorf Astoria’s rich history and heritage combined with Miami’s flare needed to evoke an overwhelmingly enthusiastic response from a new generation of luxury consumers, as well as generational Waldorf brand loyalists around the world.” the project featuring a series of offset glass cubes stacked on top of one another was conceptualized by designer Carlos Ott, and will be executed by Sieger Suarez. Let’s explore in a little more detail the wonderful architectural marvel that’s hit Miami: 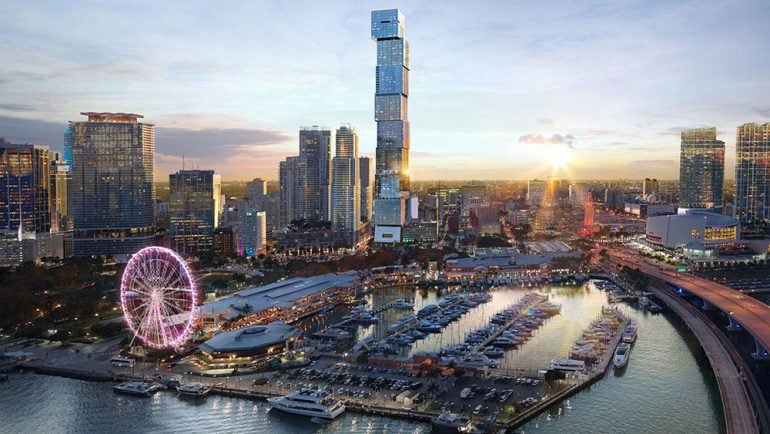 California-based firm BAMO to do the building’s interiors that look loosely balanced because of the nine offset glass cubes stacked on top of one another. 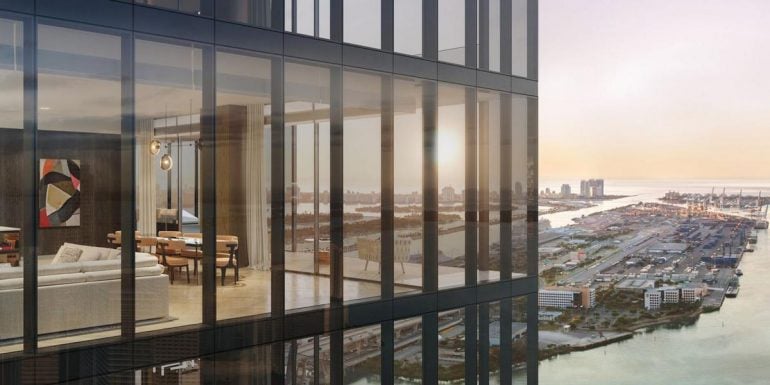 The modern homes come fitted with smart-home technology, allowing residents to depend on an app for concierge services such as Dining reservations, valet services, and dog walking, etc. 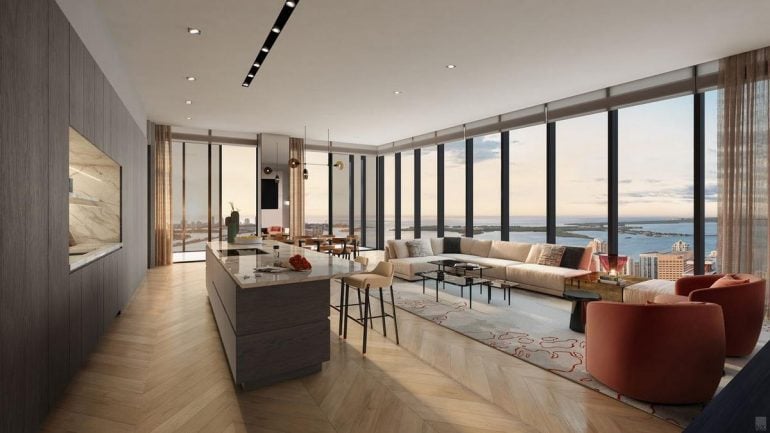 A dream-like home in a dream-like location won’t cost you anything less than $1 million, with only 360 units up for grabs. The condos increase to about $2,500 a square foot, depending on the location of the building. 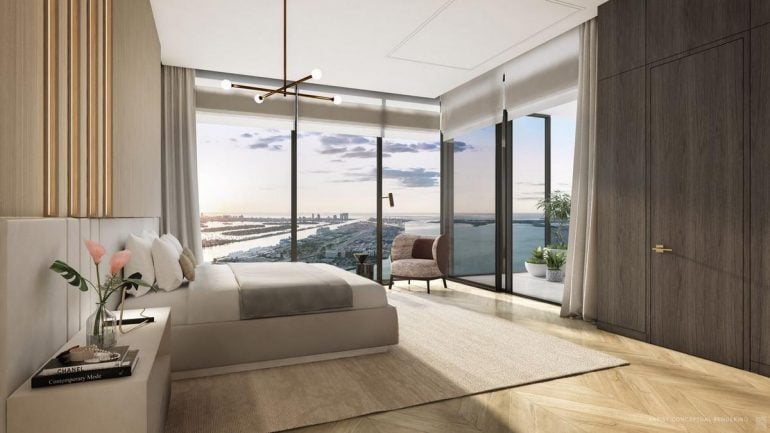 The master bedroom displays seamless integration of flow, light, and function. The condos are accompanied by 205 hotel rooms and suites, a Peacock Alley lounge, a signature restaurant, indoor and outdoor event spaces, a resort-style pool deck with cabanas, a spa, and a fitness center. 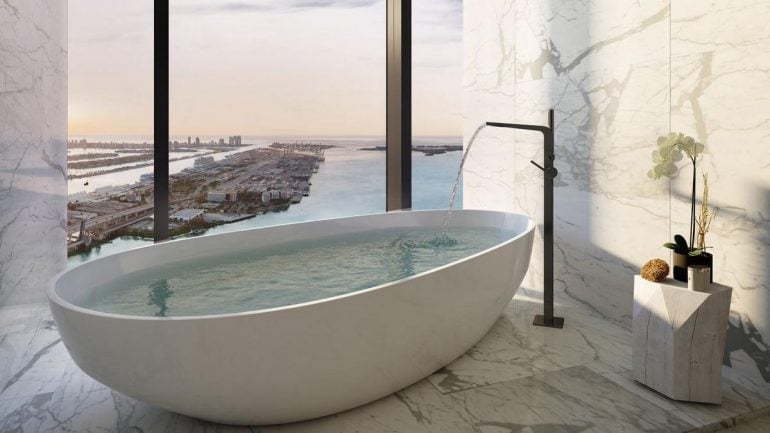 Being the tallest tower south of Manhattan, one can expect exceptional city views from every nook and corner of the house.