When one of the world’s most valuable companies, which is also the world’s largest video game company, one of the world’s largest social media companies ( messaging app WeChat), plus dons the hat of one of the world’s largest venture capital firms and investment corporations plan a ‘city of the future’ the world stops to take notice of their plans. As many must’ve guessed the company with these massive plans is a Chinese multinational conglomerate holding company Tencent that has devised a futuristic master plan for a new district in Shenzhen that is equivalent in size to Monaco. It will be called “Net City” for obvious reasons (aimed at netizens!), will enjoy being an urban development spread across 22-million-square-foot. Designed by NBBJ, this urban space will be among china’s first interconnected districts with office buildings, residential areas, public entertainment venues, parks, and a waterfront. But what needs a noteworthy mention is how the designers of the ‘net city’ have prioritized pedestrians, green spaces, and self-driving vehicles. Sustainability was the primary driver of the design and is surely the need of the hour which is why the project’s buildings are an open, porous campus with lots of public spaces and amenities as well as connections to the rest of the city via subway, bike paths, and ferries. We love how they have planned a transportation network that prioritizes pedestrian access, bicycles, and public transit while keeping the distractions of vehicles and noise pollution at bay. The designers have tried their best to make the city as car-free as possible; while complete elimination is impossible they have kept it low-impact with having them only a few places and focus on people instead. With plans of having not just residences and offices but also shops, schools, and other public amenities, plus the advantage of staying connected to the rest of Shenzhen via road bridges, ferries, and subway without having to actually live there make this a wonderful city-within-a-city. The city itself can house as many as 80,000 people but the new district’s entertainment venues, parks, and waterside promenade hope to attract large numbers of visitors from elsewhere in the city. 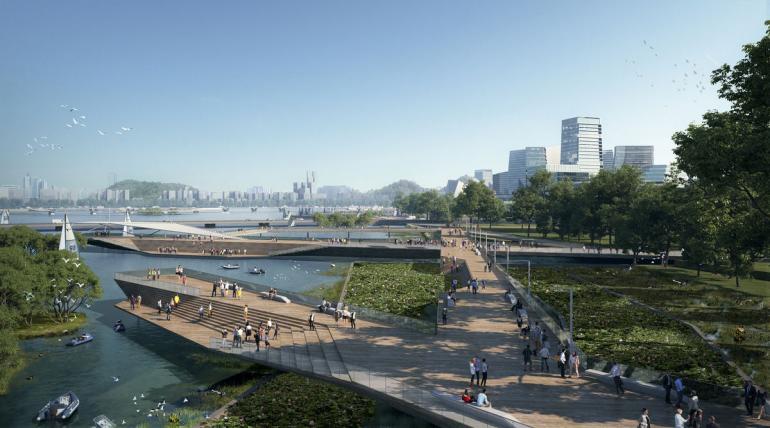 They have big plans to work on sustainability and could well earn the nickname of being China’s ‘sponge city’ by collecting water on campus, managing runoff and flooding, and planting mangrove trees at the shoreline’s edge. The architects say photovoltaic panels have been integrated throughout, while sensors track environmental performance and flooding. 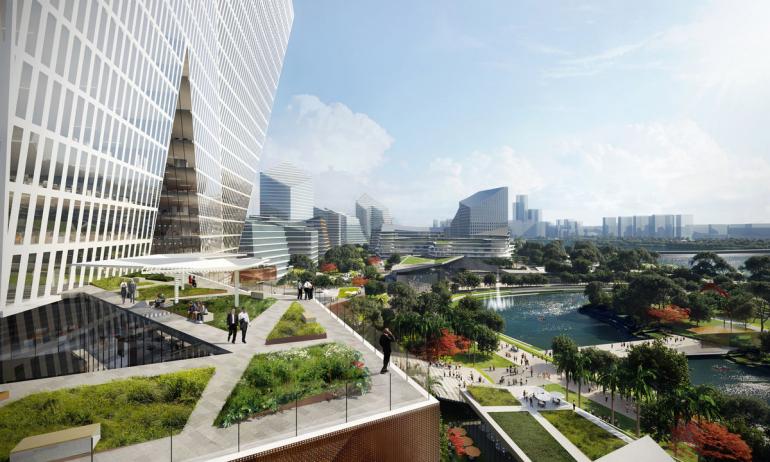 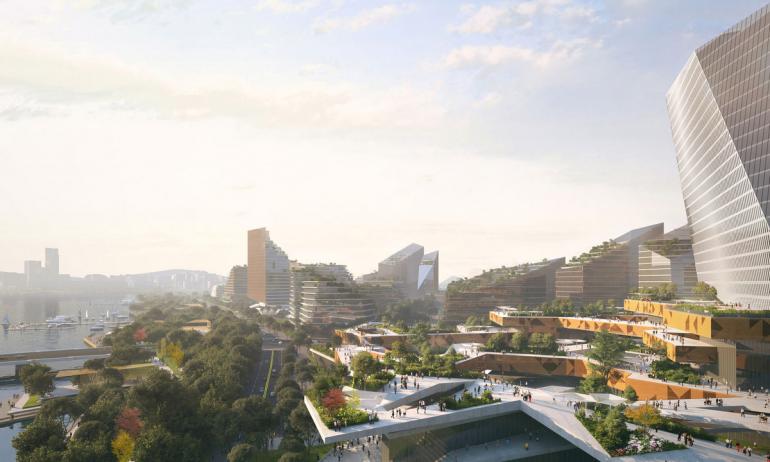 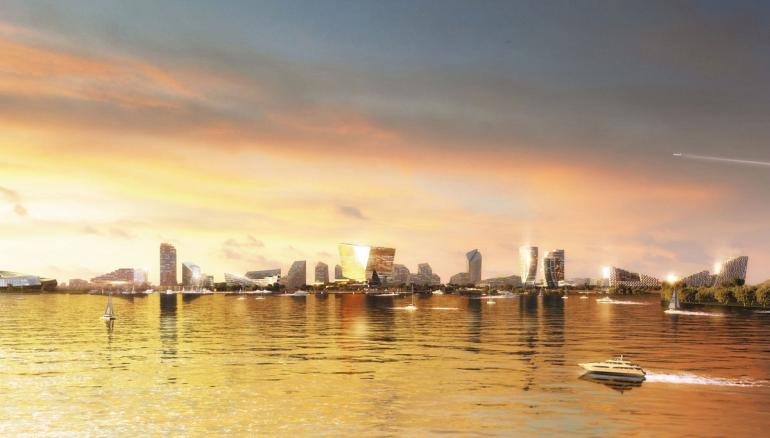 Tags from the story
China, Green