If Daenerys Targaryen lived in the 21st Century, here’s where she probably would live, with the Unsullied and probably Jorah Mormont. Designed by New York architect Mark Foster Gage for the Big Apple, this building is unlike any we’ve ever seen before. A brilliant mashup between the old and the new, this 102-storey tower is covered with Gothic sculptural elements and has more wings than your average flock of angels. To stay in synch with the current architectural standards, Gage has used glass extensively, but has made sure that the modern look doesn’t interfere with the gothic deconstructed gargoyles that cover the building’s façade. Apart from this, the building also sports ornaments like gears and propellers, giving it a steampunk edge.


The structures are made from “limestone-tinted concrete panels with sheet-bronze details,” giving the building a perfect art-deco look. Aptly named The Khaleesi, this building will sport shopping boutiques on the 64th floor with access to a sky lobby, giving shoppers a chance to look down at the world below while maxing out their credit cards. The building has been designed to break the monotony of the current NYC skyline and give the skyscrapers on the 57th Street in Midtown Manhattan something to look up to, literally. 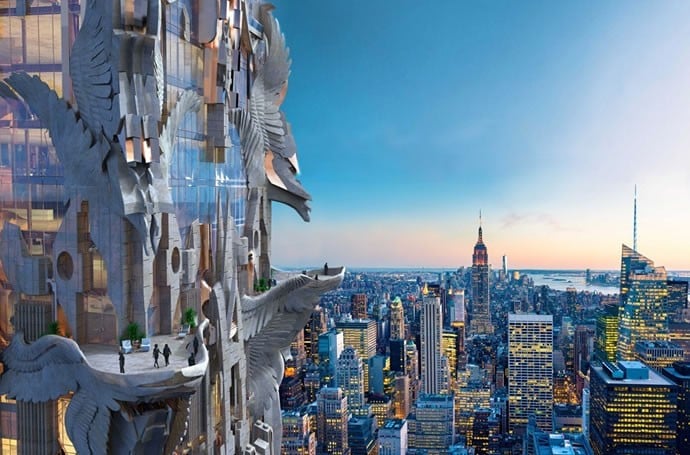 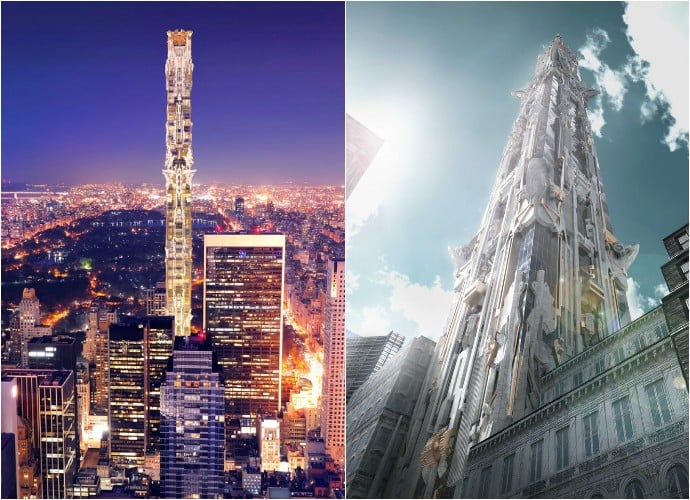 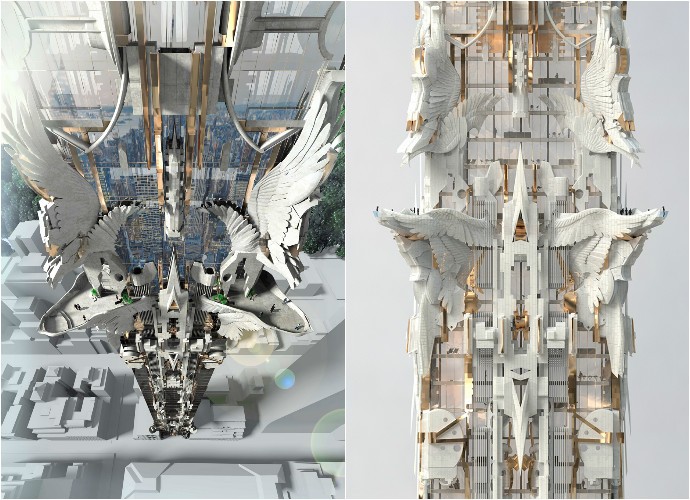 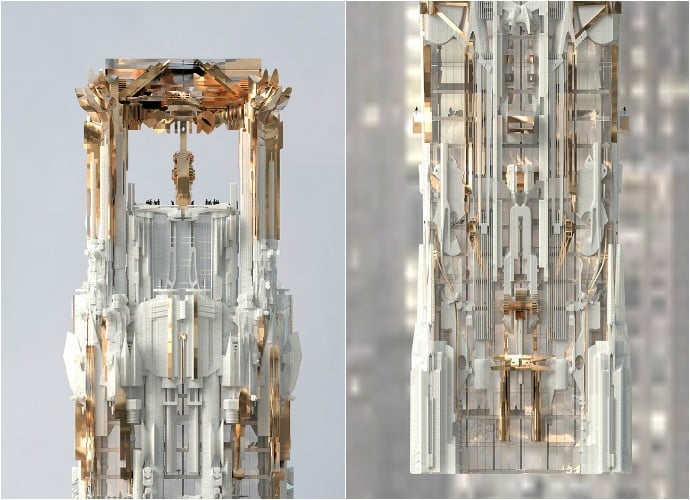