Hey people! Welcome Knox and Vivienne, the latest addition to Brangelina’s ever increasing brood. These celebrity twins (celebs already????) have made headlines and commenced bidding wars as soon as they entered the world. The bidding war has already begun for the first photos of Knox Leon and Vivienne Marcheline who were born on Saturday night at the exclusive Lenval hospital in Nice. French papers have reported that an American magazine has already offered $10m for the exclusive images of the new babies and the good thing is that the moolah would be given for a noble cause to an unknown charity. Its more like a feeling of deja vu as two years ago, the couple auctioned off the photo shoot of their daughter Shiloh to People magazine in the US and Hello! in Britain for up to $10m with an undisclosed charity benefiting. I’m touched.

Jolie had a Caesarean with Pitt by her side all through. Jolie’s obstetrician, Dr Michel Sussmann, said: ‘Mother, the babies, and the father are doing marvellously well.’ He said the Caesarean was moved forward from its originally planned date ‘for medical reasons’ so the babies could be born ‘in the best conditions.’ The actress is then expected to depart as she arrived – in a helicopter taking off from the roof of the building, most likely in the dead of night to avoid being photographed. We congratulate the happy parents! 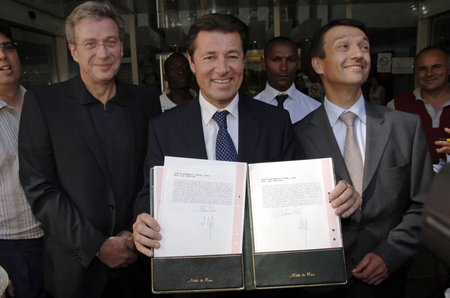 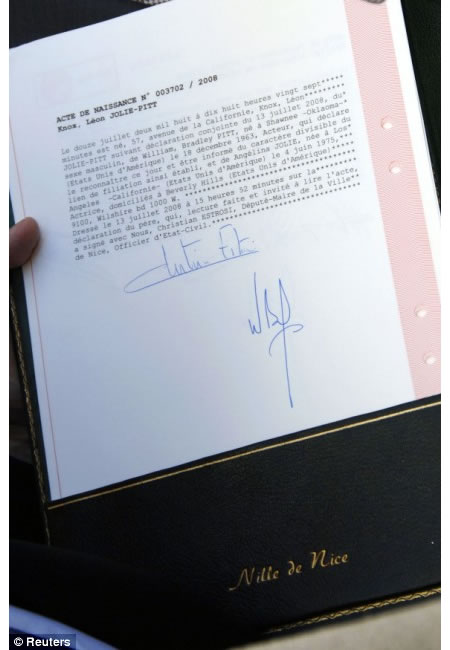