Christiano Ronaldo is a lucky guy. The Manchester United football ace escaped unhurt from a serious accident, which left his million-dollar car in quite a miserable state. The incident happened at 10.20 am close to his luxury home in Cheshire as he was driving his Ferrari 599 GTB through a tunnel under Manchester Airport. Police suspect that as he went into the tunnel, which has a speed limit of 60mph, the footballer lost control before spinning into a sidewall. The impact was so great that the front of the car was completely demolished, the windscreen shattered, the left-wing mirror torn off, and the rear tire completely flat. The impact caused the car to lose a front wheel, and it then ricocheted off the wall before coming to a stop.

Officers will investigate whether he had been speeding and are likely to interview teammate Edwin Van Der Sar, who was traveling behind the Ferrari 599 GTB in his Bentley. Ronaldo was able to climb out of the wreckage and he remained at the scene until police arrived. He gave a negative breath test to officers, and reportedly went on to take part in practice later in the day. Now that’s what we call being a sport! A narrow escape for the young footballer, wish we could say the same for the car! 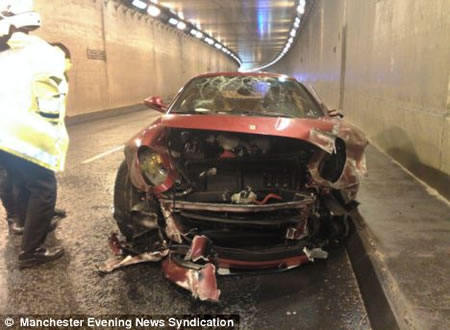 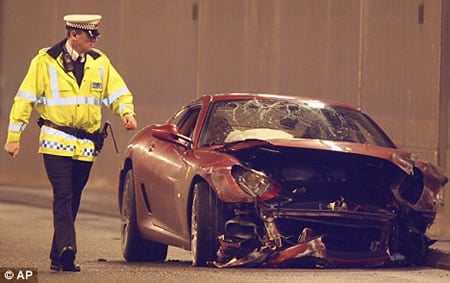 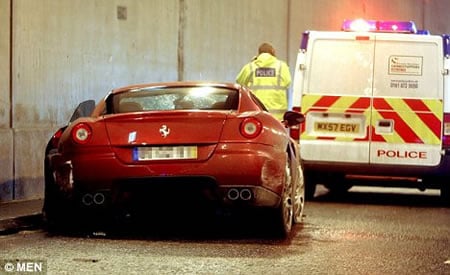 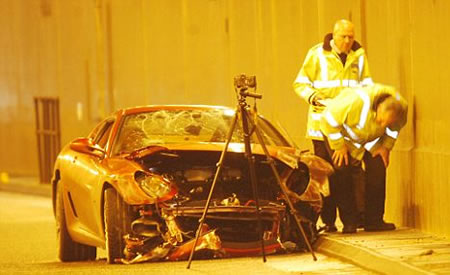 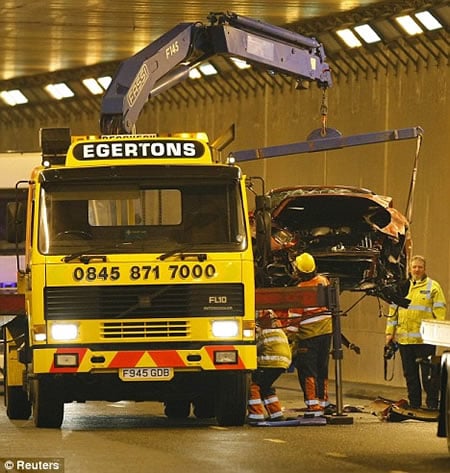 Tags from the story
Ferrari, Sportstars