Guess what, the US presidential limo, popularly known as ‘The Beast’, might soon go electric. With most automobile manufacturers racing against time to electrify their line-up, it’s only natural to expect the world’s safest automobile that ferries the leader of the free world to adopt an eco-friendly propulsion system and the change is inevitable. However, it turns out that President Biden is interested in hastening the process after spending some time behind the wheel of the new Ford F-150 Lightning electric pickup truck. After the 46th President of The United States became one of the first few to test drive the EV ahead of its official reveal, he is interested in electrifying the White House’s fleet of vehicles. That’s not limited to The Beast but all vehicles included in the presidential fleet.


“That’s certainly something the president has talked about and is an objective for him,” Psaki told reporters onboard Air Force One, according to a tweet from CNBC’s senior Washington correspondent Eamon Javers. However, we need to remember that electrifying doesn’t necessarily mean going all-electric, which might come with its own set of challenges. All the armored plating applied to the presidential limo along with all the equipment and safety gadgets already make it as heavy as a tank. The current limo, in fact, weighs between 15,000 and 20,000 pounds. A big battery pack will further increase the weight significantly. The presidential limo also cannot really afford to run out of charge and get stranded. Putting a hybrid powertrain makes more sense; although, it’s too early to comment. 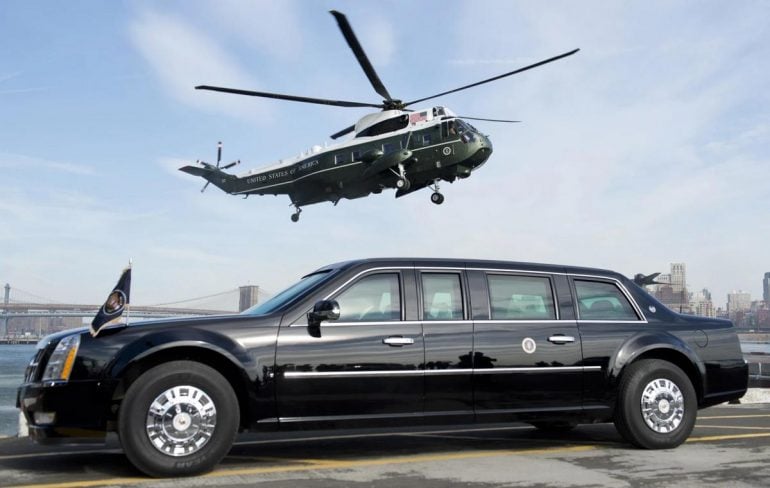