This is it! After months of teasers and tiny bits of information that trickled through, Ford has finally taken the wraps off the battery-electric F-150 pickup truck, marking the most significant evolutionary change received by the iconic F-Series in its 73-year-old history. Ford revived the famed ‘Lightning’ moniker to name the electric version of its most popular product in North America. The full-size electric pickup truck is powered by two motors, one on each axle, that provide a combined output of 426hp or 563hp and 775 lb-ft of torque depending on the battery pack. Here are 7 things we like about the 2022 Ford F-150 Lightning. 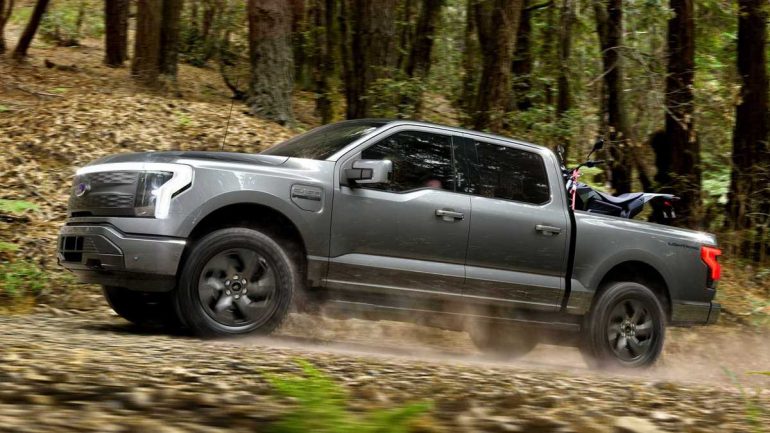 7. It retains the familiar boxy design
Thankfully, Ford didn’t go overboard with the styling and end up penning an outlandish design for the electric F-150 to lock horns with its fiercest competitor – the Tesla Cybertruck. Ford stuck with the safer option of making the F-150 Lightning look near identical to the traditional variants in the line-up. There are few design elements that set the electric version apart which include a continuous LED bar at the front that connects the headlights, a new grille, and ‘Lightning’ badges. In fact, the electric F-150 gets the same cab and bed dimensions as its gas counterpart. What that means the Lightning should be compatible with the huge selection of accessories and add-ons, like a slide-in camper, that are already available in the market. 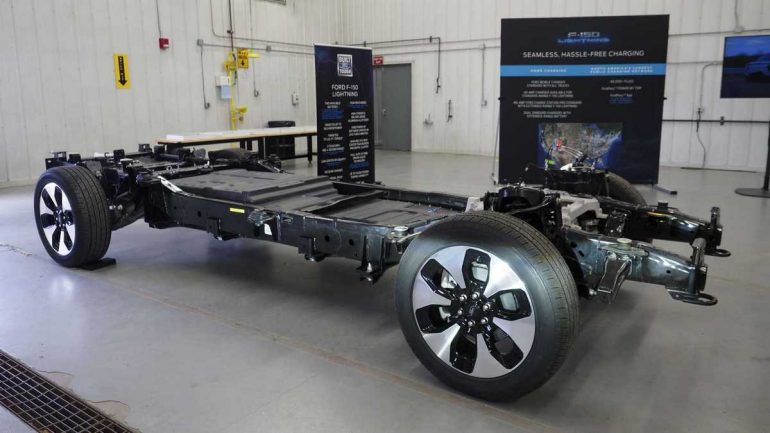 6. The F-150 is not a hack job
Ford didn’t rush to the market to be one the first to launch an electric pickup by shoehorning an electric powertrain in a chassis designed to be equipped by an internal combustion engine. The F-150 Lightning is built on a platform that has been built for an EV. The Lightning uses a modified frame from the gas-powered F-150. Ford also notes that the new frame on the truck uses the strongest steel ever put in an F-150. It can support a maximum 2,000-pound payload and up to 10,000-pound towing capacity. Tucked between the frame is the battery pack. Buyer’s will be able to choose between two liquid-cooled lithium-ion battery packs of different capacities. 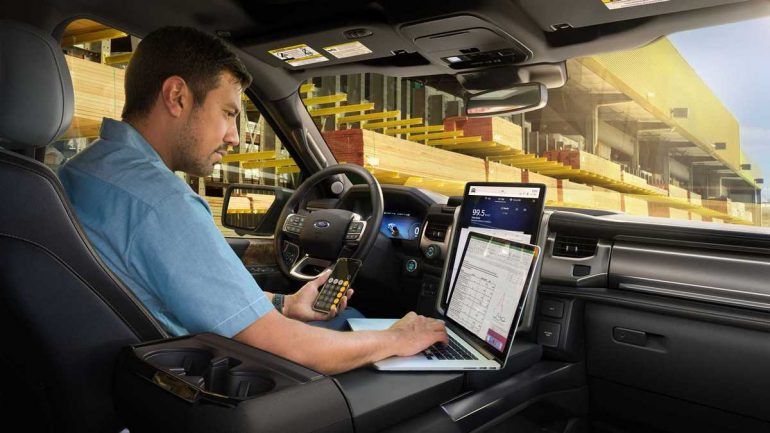 5. The F-150 Lightning packs some intelligent tech
While Ford decided to keep the electric F-150 as simple and basic as possible to keep it true to its roots, the Lightning does come with some interesting tech features, including connected car tech and advanced driving assistance features. The higher-level trims get Ford’s Sync 4A infotainment system that’ll support over-the-air software updates, keeping the vehicle up-to-date with the latest apps and features. The F-150 Lightning will also offer Blue Cruise, Ford’s new hands-free driving assist feature. The system works with the help of cameras, radar sensors, and software to provide adaptive cruise control, lane centering, and speed-sign. It also features an in-cabin camera that constantly monitors the eyes and head position of the driver and alert when it senses the driver is distracted. 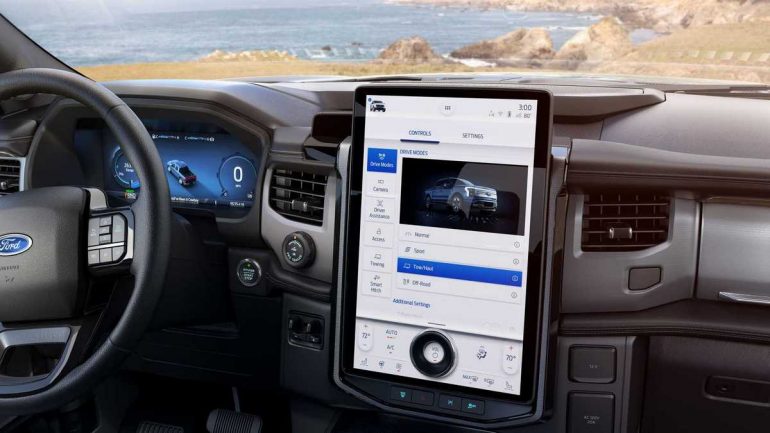 4. The cabin is a combination of traditional and modern design
Just like the exterior, the cabin features a familiar design combined with some modern touches. The layout of the dash looks almost identical the internal combustion counterparts, except for one very noticeable difference – the massive infotainment screen (only available on higher trim levels). The portrait-oriented 15.5-inch touchscreen looks similar to what is inside the new Mustang Mach-E electric crossover. Thankfully, Ford has retained some physical buttons, including a big volume knob. The 12-inch instrument cluster can be customized to provide important information on the battery, the regenerative braking, and the advanced driver assistance system functions. 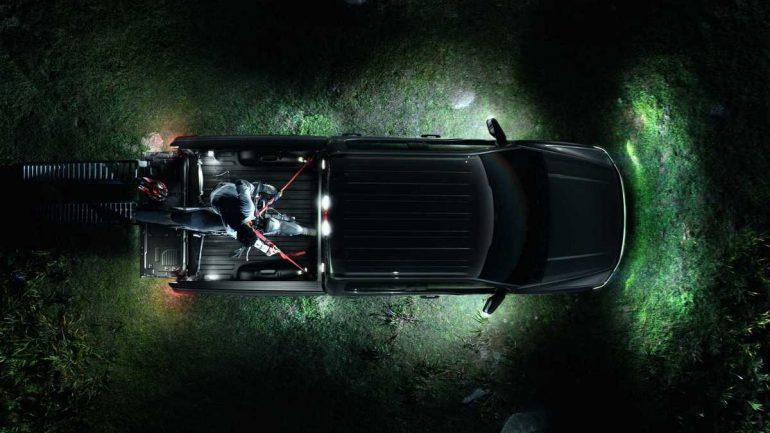 3. One massive frunk
If the massive bed was not enough, the F-150 Lightning gets a front-trunk as there’s no internal combustion engine there. It has a total volume of 400 liters and Ford says it can fit two sets of golf clubs or a large suitcase and two carry-on-sized bags. Interestingly, the hood takes the truck’s grille with it when it opens, making it very practical. There are also charging points built into the frunk and it can easily transform into a workstation if one chooses to use it in that manner. 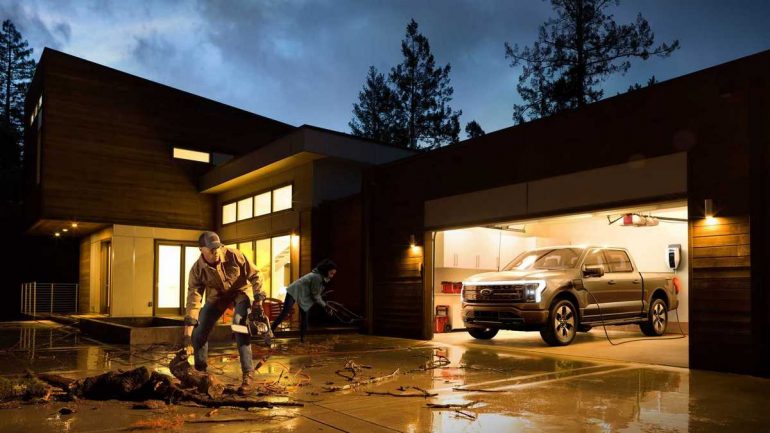 2. It can power your home in an outage
The F-150 Lightning is more practical than you think. Ford will provide a new 80-amp home charging station with the electric pickup that is capable of fully charging the F-150 Lightning in just eight hours. However, it also packs a very neat trick. Owners of the truck can use the charger to easily power their entire home for around three days in the event of an electricity outage. Now, how cool is that! 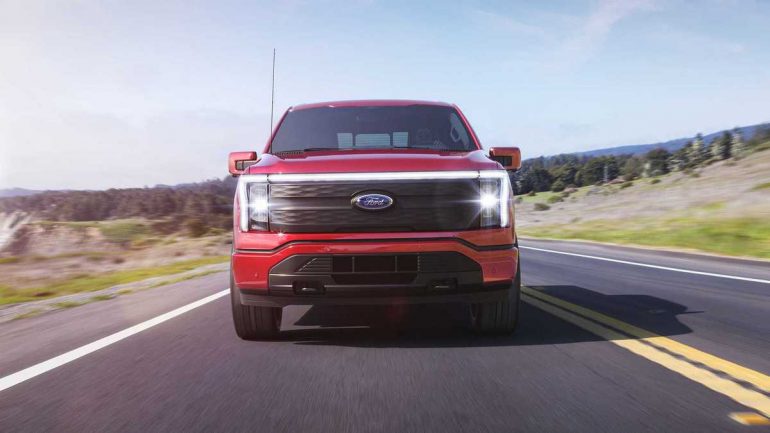 1. Price
The most surprising thing about the new Ford F-150 Lightning is its killer pricing. The automaker startled everyone by announcing that the prices start at $36,650 for the base model with has a range of 230 miles. That undercuts the Tesla Cybertruck by some margin and it is eligible for the federal tax credit, which can make it even more affordable. Many analysts have predicted that Ford can replicate the success of its traditional F-150 pickup trucks. 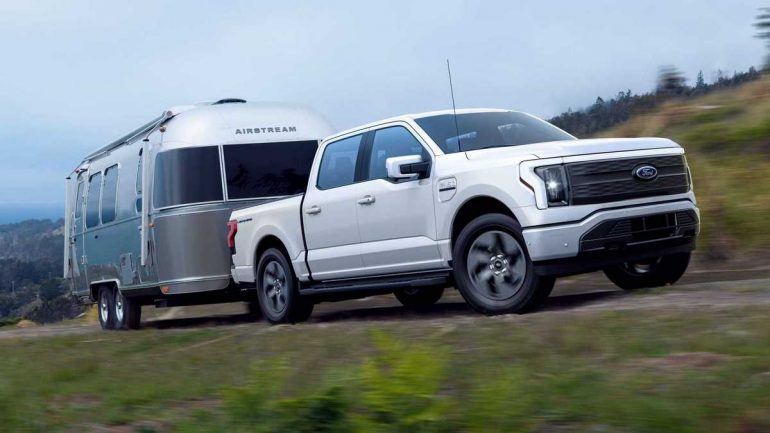 Things we didn’t like –
Towing capacity
The extended range Lightning will be able to tow up to 10,000 pounds, while the standard range F-150 Lightning will max out at 7,700 pounds. The numbers aren’t that impressive as they are a few thousand pounds shy of what the F-150 hybrid or the diesel version can tow. 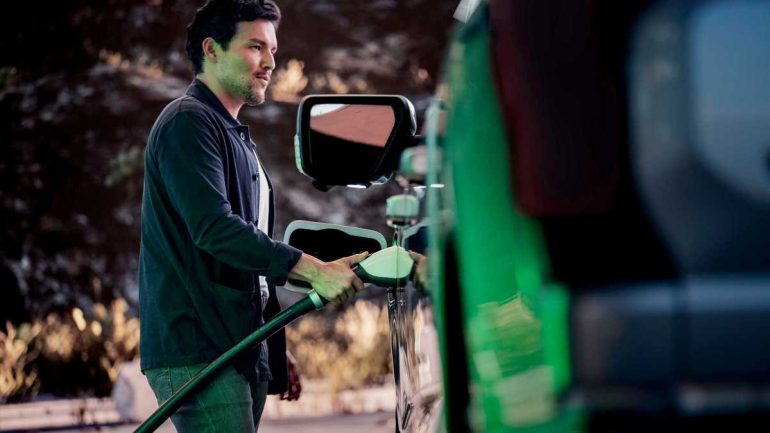 Range
Ford has announced that it is aiming for a 300-mile range for its top-of-the-line variant, while the affordable version will have a more modest 230-mile range. The EPA range of the different variants of the electric truck has not been announced yet. Tesla has claimed that its Cybertruck will come with an EPA range of 500 miles, which is significantly higher.

Tags from the story
Electric-Cars, Ford