It’s been a while since Ford has managed to stop people dead in their tracks to grab a second look. The American automaker is now turning heads again, with its recent releases at the Detroit Motor Show. One of the most eye-catching of them all is the new GT, a hypercar that’ll give Ford a spot on the list of the world’s biggest automotive accomplishments. The car blends in perfectly with the rest of the exotics out there, including the Lamborghinis and the Paganis. Using a full carbon-fiber construction with active aerodynamics at work, the Ford GT’s twin-turbo V6 produces 600hp. The engine is a 3.5-liter EcoBoost V6 mated to a seven-speed dual-clutch gearbox. 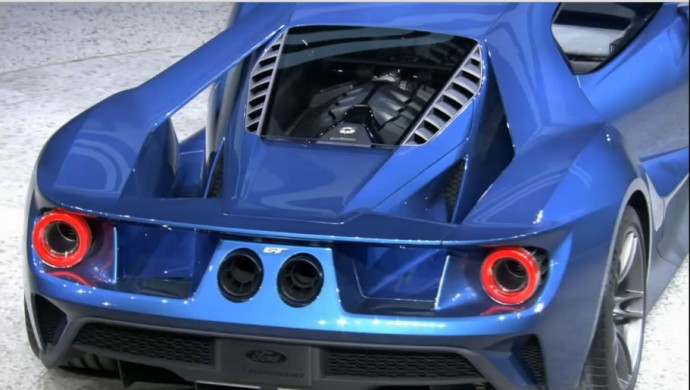 The actuated spoiler on the rear of the car makes breaking smoother while the 20-inch wheels wrapped in custom Michelin Pilot Super Sport Cup 2 tires make sure the car sticks to the ground. To make things better, Ford has slipped in an F1-style steering wheel and a stalk-less steering column. The car will hit store shelves by next year, in celebration of the 50th anniversary of Ford GT race cars’ performance at the 1966 24 Hours of Le Mans race. Mark Fields, Ford president and chief executive officer, said in an official statement, “As we at Ford drive innovation into every part of our business, it’s worth remembering that our first innovation as a company was not in a laboratory, but on the racetrack.”