Almost 50 years back, Ford had pulled off an incredible stunt by placing a 1965 Mustang Convertible atop what was then the world’s tallest building, the Empire State Building in New York City. The automaker recreated the stunt by displaying the latest droptop Mustang at the roof of the iconic structure earlier this year, but the New York skyscraper isn’t the tallest building anymore. So, Ford decided to redo the stunt, and this time put the 2015 Mustang convertible on the roof of the current world’s tallest building. For the inauguration of the Ford business unit in the Middle East and Africa, the droptop made its way its way to the 112th floor of the Burj Khalifa. 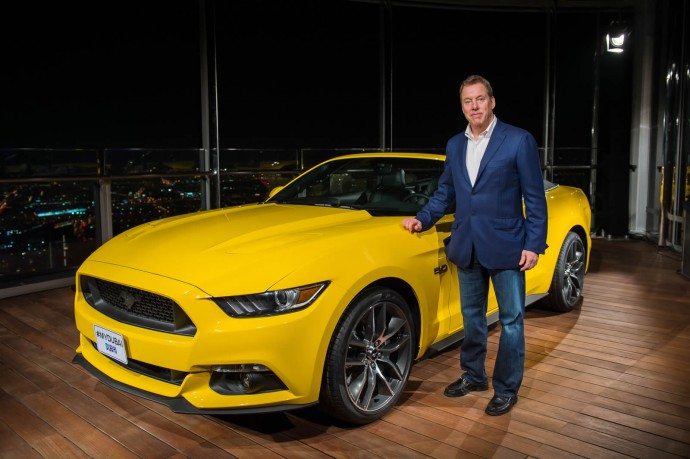 A team of six engineers traveled with the special Mustang from Ford’s world headquarters in Dearborn, Michigan, to Dubai. Then the car was transported to the base of Burj Khalifa and separated into six sections that could be transported to the 112th floor, 399 meters (1,300 feet) above the ground, via the building’s elevators. The team reassembled the vehicle over approximately 12 hours. Ford has uploaded a time-lapse video of the whole assembly process which you can check out after the jump. Bill Ford, great-grandson of legendary carmaker Henry Ford, placed the pony badge to the 2015 yellow Mustang. “Today we planted the Ford flag in the Middle East & Africa, an exciting, vibrant region that represents the final frontier for growth in the auto industry,” Ford said. “We also sent a message to the world that Mustang is going global after 50 years as America’s greatest motoring icon.” He pledged to launch 25 vehicles in the region by 2016, including the all-new Mustang, which will hit the roads next year. Industry sales in Middle East and Africa are expected to grow 40 per cent to 5.5 million vehicles by 2020. 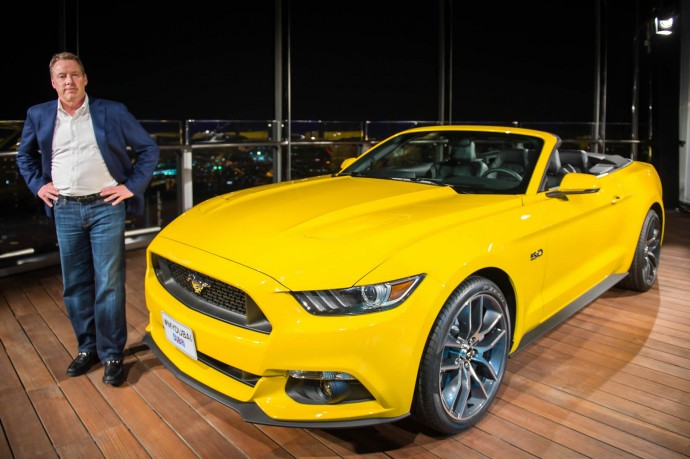 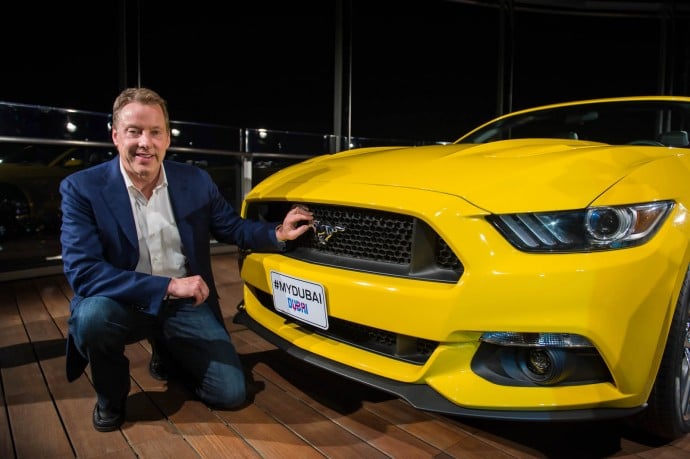