Elon Musk might follow in Donald Trump’s footsteps to start his own social media platform to rival Twitter. While Trump’s Truth Social platform turned out to be a disaster, the world’s richest person might be on to something here. Earlier this year, it came as a surprise to everyone when Musk acquired a 9.2% stake in Twitter and followed it up with an offer to buy the microblogging platform for a whopping $43 billion. Back then, most industry experts were left puzzled trying to figure out the billionaire’s real intention behind the attempt to buy Twitter. However, within a few weeks, Musk came out to announce that the deal was on hold, citing Twitter’s inability to disclose the percentage of fake accounts. What ensued is an ugly legal battle between Musk and Twitter, with the court deciding to set a five-day trial in October this year.

The tech tycoon teased his intention to transform X.com into a new social media platform in a response to a tweet asking about his move in case the Twitter deal doesn’t go through. The Tesla Owners of Silicon Valley group asked Musk on Twitter if he plans on creating his own social media platform. Musk responded in his typical fashion by tweeting a link to X.com. It’s true that many of the rumors linked to the Tesla CEO turn out to be false, including the recent reports suggesting that the Billionaire is planning to build a private airport in the Austin area. However, his intentions with X.com might be more than just plain rumors. During the Tesla 2022 Annual Meeting of Stockholders, Musk claimed that X.com is a part of his grand vision and his attempt to buy Twitter was linked to it.
X.com was an online bank that was co-founded by Elon Musk in 1999 and was later merged with competitor Confinity Inc. to form PayPal. The billionaire reportedly bought the domain X.com from PayPal in 2017, claiming that the domain had “great sentimental value. Although, it was to serve as an umbrella website for Musk’s ventures. Is Musk planning to build something that’s much bigger and refined than the current crop of social media platforms that are dying a slow death? Well, who knows? But, like most stories linked to the billionaire, this one’s also shrouded in mystery and is developing. 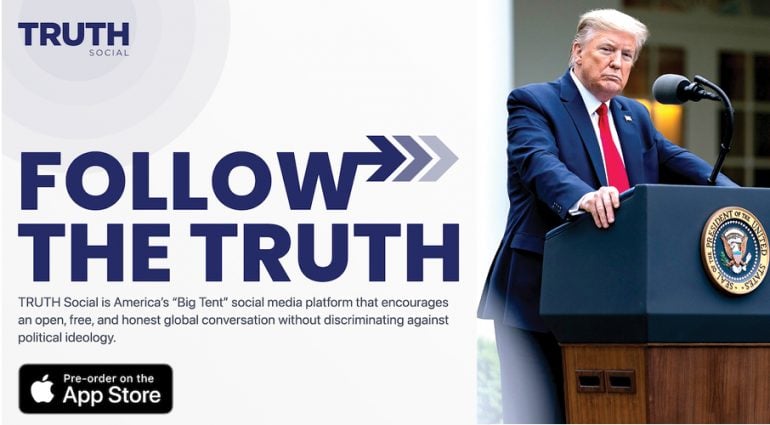 Donald Trump and his disastrous Twitter clone
Donald Trump’s feud with Twitter is quite well known, which resulted in the former President’s personal Twitter account getting permanently suspended back in 2021. In retaliation, Trump created a new social media platform named Truth Social that was launched earlier this year on President’s Day, 21 February. Described as a Twitter clone, Trump’s social platform was riddled with issues, including a massive waiting list of nearly 1.5 million who are unable to use it. Furthermore, its unavailability on Android phones, web browsers, or to most people outside the US has seriously limited its scalability. While Truth Social marketed itself as a “free speech haven”, there have also been reports accusing the platform of shadow banning and censoring content. Currently, Truth Social is currently trying to strike a merger deal with blank-check company Digital World Acquisition Corp., but it has hit some major roadblocks.