Bill Gates, Jeff Bezos, Mark Zuckerberg and Jack Ma might have made billions in the tech revolution – but they all choose to drive the most modest motors (some of the time, at least)

Maybe there’s a lesson here about the wisdom of the miserly and making sure every penny is thoughtfully spent. It seems these mega-billionaires have made it their modus operandi to steer toward the modest in their choice of cars, perhaps because that very same frugal thinking has helped get them where they are today – the wealthiest people ever in the world.

Most mere mortals base the decision of which car to drive on a set of practical factors such as fuel economy, safety, price, how it handles, its reviews, reputation and reliability, even its impact on the environment. So, it stands to reason that even these entrepreneurial titans consider the same when making their choice of what they drive every day.

So what can we learn? 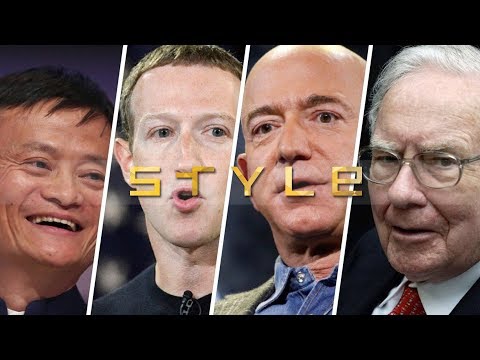 1. Jeff Bezos – worth US$108.2 billion, as of October 2019
Richest man in the world, American Jeffrey Preston Bezos is the founder, CEO and president of Amazon.com. Bezos got his degrees in electrical engineering and computer science and worked on Wall Street up until about 1994 when he founded Amazon, coincidentally on a road trip from New York City to Seattle in probably a very modest car.
Despite the fact that he owns a solid 12 per cent stake in Amazon, Bezos has always driven Hondas, more specifically, an Accord as recently as 2013. On 60 Minutes, Bezos was asked why he loves this car company. His response is as no-nonsense as it gets. Simply put: “This is a perfectly good car.”
The manufacturer’s suggested retail price for a 2013 Honda Accord is US$22,000.

2. Bill Gates – worth US$105.5 billion, as of October 2019
The principal founder of Microsoft and present second-richest person in the world, American Bill Gates is one of the founding fathers of the microcomputer revolution. Forbes has, since 1987, included him in their list of the world’s wealthiest people. In 1975, Gates and his childhood friend Paul Allen launched Microsoft, which would then go on to become the largest PC software company in the world. He transitioned away from directly managing the company and, alongside his wife Melinda, now devotes his time to the Bill & Melinda Gates Foundation.
Like Bezos, Gates could drive any car in the world. And he does have a few luxury cars, but he recently confided in Ellen DeGeneres that his best splurge was a classic 1979 Porsche 911 Carerra he bought after founding Microsoft.
Gates’ Porsche 911, that would later sell for US$80,000, sat in the same garage where he kept his everyday car – a 2008 Ford Focus.
The cost of a 2008 Ford Focus? Less than US$15,000. Even fully loaded, the Focus only clears the US$22,000 mark.

3. Warren Buffett – worth US$82 billion, as of July 2019
Always a modest Midwesterner, American Warren Buffett is chairman and CEO of Berkshire Hathaway, considered one of the most successful investors in the world. He is the third-wealthiest person in the world. His investment philosophy was formed while at Columbia Business School around Benjamin Graham’s ideas of value investing.
This “Oracle of Omaha” personally lives by value investing and is famously frugal. Another philanthropist, he’s pledged to give away 99 per cent of his fortune, primarily through the Bill and Melinda Gates Foundation.
His daughter convinced him he needed an upgrade, since he drove a 2006 Cadillac DTS for 10 years. She convinced him to buy a new Cadillac XTS. Very pragmatically he told Forbes, “I only drive about 3,500 miles a year so I will buy a new car very infrequently.”
Value of his new Cadillac XTS: US$45,000.

4. Mark Zuckerberg – worth US$73.6 billion, as of May 2019
American Mark Zuckerberg has been a permanent fixture on lists of the wealthiest, most influential and powerful people in the world since 2010. He is a technology entrepreneur and philanthropist. While a student at Harvard University, Zuckerberg famously launched Facebook from his dorm room with classmates Eduardo Saverin, Andrew McCollum, Dustin Moskovitz and Chris Hughes.
He leads Facebook today as its chairman and chief executive officer. He took Facebook public in May 2012 with majority shares. As of 2018, Zuckerberg is the youngest in Forbes’ 10 richest people list, the only one under 40 among the top 20 billionaires.
He chose a very modest Acura TSX because it’s “safe, comfortable and not ostentatious”.
His Acura TSX is valued at US$30,000.

5. Larry Page – worth US$55.8 billion, as of 2019
American Lawrence Page is a computer scientist and internet entrepreneur, best known as one of the co-founders of Google. Presently, Page is CEO of Google’s parent company, Alphabet, where he is focused on emerging technology. Page is the ninth-richest person in the world.
Despite that, Page drives a humble (and eco-friendly) Toyota Prius.
The list price for the 2019 Toyota Prius is US$23,770.

6. Sergey Brin – worth US$53.8 billion, as of October 2019
Russian-born Sergey Brin co-founded Google with Page. He is currently president of Alphabet and is the 10th-richest person in the world.
Brin immigrated to America with his family when he was only six years old. He would eventually find himself at Stanford University to earn his PhD in computer science, which is where he met Page.
Brin also favours the frugal Toyota Prius for his everyday vehicle.

7. Steve Ballmer – worth US$51.9 billion, as of October 2019
American Steven Ballmer, former CEO of Microsoft, is owner of the Los Angeles Clippers and is the 16th richest person in the world.
Ballmer loves his affordable 2010 Ford Fusion Hybrid. His father worked as a manager at Ford, and so he has always loyally owned Ford vehicles.
The asking price for a 2010 Ford Fusion Hybrid is US$28,000.

8. Michael Bloomberg – worth US$51.1 billion, as of October 2019
American politician and businessman Michael Bloomberg is the 17th richest person in the world. He is one of the founders, CEO and owner of Bloomberg, a financial services, software and mass media company. He got his start with the securities brokerage firm Salomon Brothers, then formed his own company in 1981.
Bloomberg served as the mayor of New York City for three consecutive terms, beginning in 2001. He’s often added to the shortlist for potential presidential candidates.
Bloomberg relies on a Chevrolet Suburban for his daily commute.
Value for Bloomberg’s Chevrolet Suburban: US$40,000.

9. Jack Ma – worth US$41.1 billion, as of October 2019
Chinese business magnate Jack Ma is the co-founder of Alibaba Group, a multinational conglomerate (and owner of the South China Morning Post). This global ambassador for Chinese business is often listed as one of the world’s most powerful people and is presently the richest man in China.
Yet his modest and practical car of choice is the 2018 Roewe RX5 SUV.
The sticker price? US$22,300.

10. Alice Walton – worth US$47 billion, as of November 2018
The only female on this list, American Alice Louise Walton, is heir to the Walmart fortune as daughter of its founder Sam and Helen Walton. She retains US$11 billion in Walmart shares and is ranked the 18th richest person in the world and the second richest woman.
Her choice of vehicle is personal in that it pays homage to her father. Sam favoured a 1979 Ford F-150 truck, so she drives a newer one of the same make – but still nearly 14 years old, one she bought in 2006.
The list price for her 2006 Ford F-150 King Ranch is about US$9,000.