It’s almost been two years since the third-generation Ford GT was first shown at the New York Auto Show and since then the hype has been through the roof regarding the supercar. When Ford announced that it will use an application process to decide the owners of the first 500 Ford GTs, we knew that a majority of them will be snapped up by celebrities. Unsurprisingly, Jay Leno is one of those celebrities, and in fact he is one of the first few customers to get delivery of his 2017 Ford GT. He recently posted a photo of himself with the car on the official Instagram page of his ‘Jay Leno’s Garage’ online show. 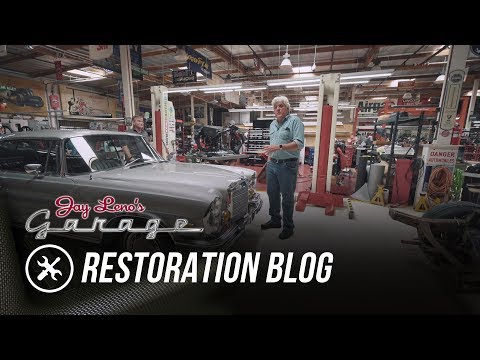 Finished in a gloss black with orangish-red racing stripes running down the center, Jay Leno’s Ford GT is jaw-droppingly beautiful. Leno also introduced his GT to the world via his YouTube channel last week during his latest “restoration blog” video and promised that a full in-depth video is coming within the month. The third-generation Ford GT is powered by a 3.5-liter twin-turbocharged V6 that produces 647-horsepower and can blast to 60 mph in 2.9 seconds. Ford say a total of 1000 units of the supercar will be built over a period of four years.

Saw my first #FordGT today, guess who the owner is?