While climate change is real, the celeb world hardly seems to care for it. And exhibiting so is Kylie Jenner with her recent post on Instagram. The cosmetic mogul flaunted her private jet that matches with beau Travis Scott’s while asking ‘You wanna take mine or yours?’ 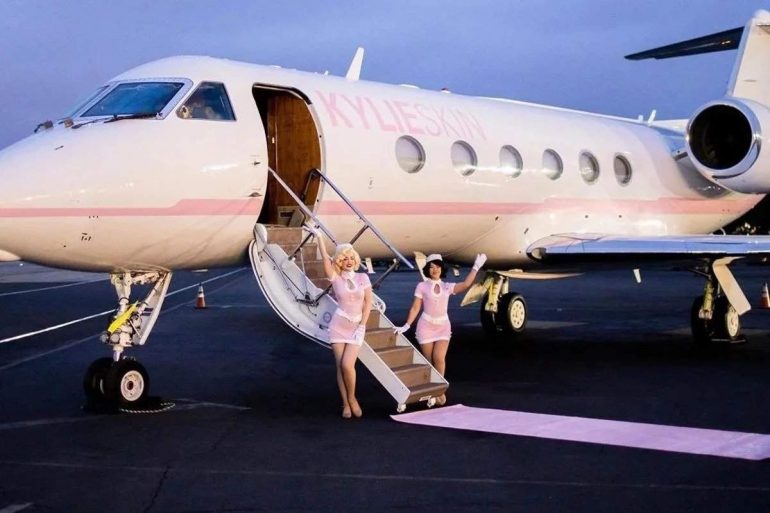 The statement was enough to anger the public who questioned Jenner’s out-of-touch reality while massively coming down upon her. Commenting on the post, one follower penned: ‘Too much flaunting of your wealth when others are barely surviving!’ while another added, ‘Maybe take neither and reduce your carbon footprint?’


Other comments read: ‘Why do I have to limit my meat consumption and use paper straws while the 1% gets to pump tons of carbon into the atmosphere for a day trip to Palm Springs,’, ‘This display of wealth is unbelievable, so detached from the common persons struggles,’ and ‘What about combating climate change?’


The Twitterverse wasn’t kind to Jenner either! One user wrote: ‘Kylie Jenner out here picking which color private jet she wanna take today meanwhile I gotta chug my iced coffee before my straw becomes paper-mache????’ while another noted, ‘She’s taking literal 3 min flights and I’m personally responsible for the well-being of all sea turtles.’

According to reports, Jenner purchased the jet “Kylie Air” in 2020 for around $70 million and has since then embellished it with a whole lot of neon, a full bar, and Hermes blankets over every seat. As of now, neither Jenner nor Scott have commented on the backlash received by them.