Marc Anthony is not only a two-time Grammy award winner and a fantastic singer, but he is also the owner of a swell 120-foot luxury yacht that is now, unfortunately, destroyed by fire in Miami. The yacht was surely a thing of beauty and losing it will be hard. The silver lining is no loss of life and no injuries were caused though it’s still unclear what started the fire, and is currently under investigation. The $7 million yacht had everything that made it an uber-luxe escape. It had five cabins that sleep 12 people with amenities included inside the yacht like a BBQ, satellite TV, WiFi, a Jacuzzi and docking stations for multiple jet skis. The 120-foot vessel called Andiamo which was docked at the Island Gardens Marina housed 6-7 crew members who evacuated safely. But the same couldn’t be said about Andiamo, which has since capsized onto its side in the water and has sustained enough damage to be termed a total loss. 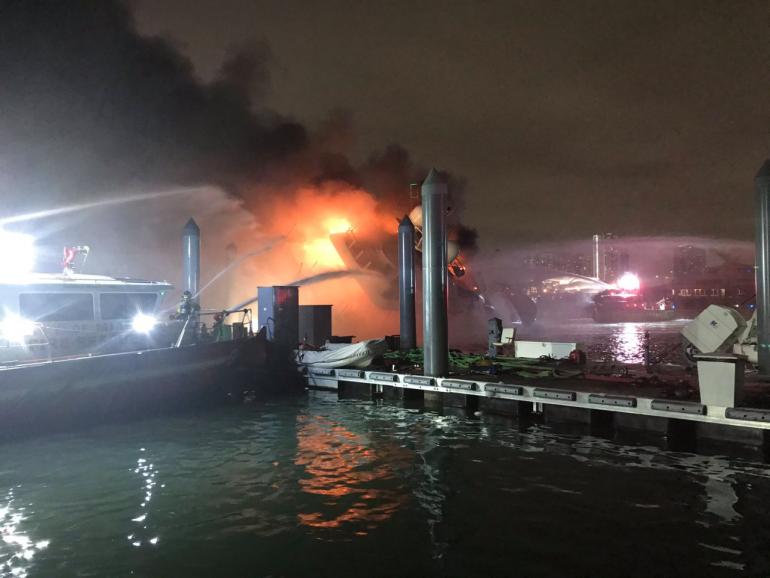 Marc Anthony was having a pretty good year with him receiving the international artist award of excellence at the 2019 Latin American Music Awards, and becoming the first Latin artist to perform at San Francisco’s new Chase Center. This was surely a sad way of ending the year. 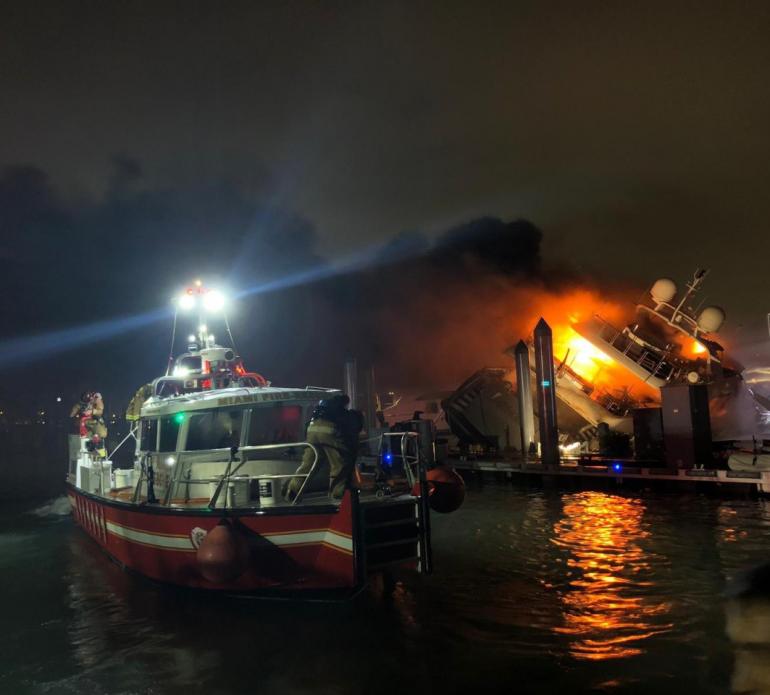 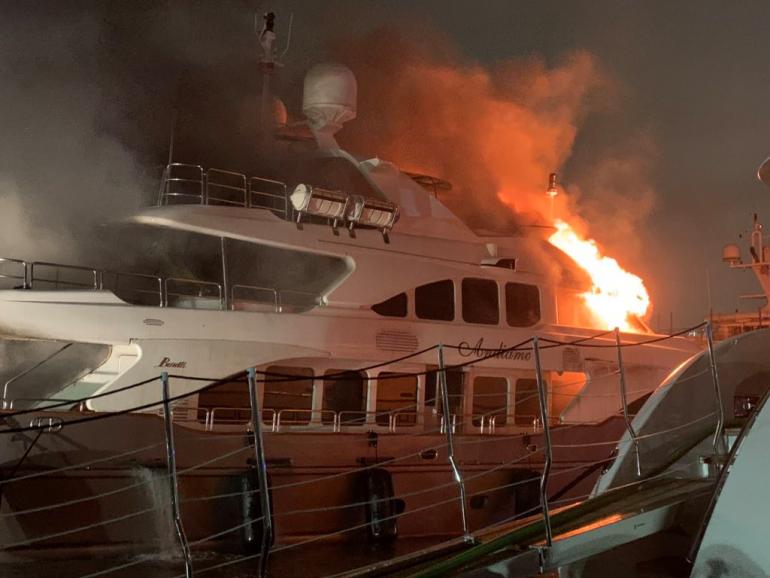 Tags from the story
Miami, Superyacht