Heidi Klum’s teenage daughter Leni is the spitting image of her. The 18-year-old has taken her mother’s drop-dead-gorgeous looks and already has an impressive modeling career. With a thriving foreseeable future, the girl is rocking the runway, acing campaigns, and enjoying being a college student in New York City. Let’s take a closer look at the life, luxuries, and love of Heidi Klum and pop R&B soul singer Seal’s daughter, Leni Olumi Klum-

Leni, the supermodel-in–the-making is pursuing interior design in NYC-
Leni is the biological child of Heidi and Flavio Briatore, the Italian managing director of Renault’s Formula One team. The Victoria’s Secret angel split with Briatore and began dating the musician Seal during her pregnancy. Klum gave birth to daughter Leni in May 2004 in New York City and has always considered Seal as Leni’s father.
The 18-year-old graduated from Pacifica Christian High School in Santa Monica, California. The private school boasts a cool $25,725 a year in tuition fees. The first-born child of the TV host grew up with her three siblings in a massive Bel-Air mansion worth a whopping $9.8million. The home flaunts a swimming pool, a lush garden with a trampoline, a gym, and a dance studio. Leni is currently pursuing Interior Design at a New York City college.
“Right now, college is on top of the list. It’s not modeling, and she’s really excited for that next chapter in her life,” Mama Klum told Entertainment Tonight. “She has her head screwed on right.” She added, “I think she’s going to have a good time, but my heart will be sad.” Leni’s model mom, takes comfort in the fact that she knows New York “inside and out.” Growing up, Leni and her siblings spent several summers in NYC owing to their supermodel mother’s work commitments. Leni debuted in the modeling world with a bang in December 2020.
She presented herself in the January issue of German “Vogue” alongside her mum. The budding model took to Instagram to share the news, ‘So excited for my first cover!! I had so much fun on set with @voguegermany couldn’t dream of a better start!! Thank you for being by my side, @heidiklum.’
The rising star of the runway once wanted to be a dancer-
Heidi Klum’s interview revealed that her teenage daughter didn’t have runway-strutting dreams, in fact, she wanted to become a dancer. Having a dance studio at home also helped with that passion. Heidi spoke to HELLO! about Leni, revealing that the teenager loves dancing. “She dances three times a week, 15 hours a week,” Heidi said. She continued, “[Leni] wants to dance right now. I’m letting her do what she wants to do. I’m not putting any seeds in my kids’ heads of what they should do. I want them to come up with their own things.” Leni learned and mastered nearly every dance form except ballroom and pursued dancing for almost a decade. Four years later, in 2020, Leni made a fashion debut with Vogue Germany.
However, Leni is a dancer at heart, one who celebrates joyous occasions by breaking into a routine, and she did just that with Heidi on Joe Biden’s historic presidential win. The mother-daughter duo shared a video of their in-sync performance on Instagram, where Leni already has 1 million followers while Heidi enjoys 10 million followers.
Leni Klum is a mommy’s girl-
If Heidi is pompous, Leni is practical. Heidi is a maximalist, and Leni is, by her own admission, a minimalist. Despite the contrasts, they seem made from the same mold. Leni is prepared to hustle though she admits being Heidi’s child helped kickstart her career.
The rising-star model is “grateful” to her mom Heidi Klum and stated, “It’s just a fact. My parents are famous,” Leni tells PEOPLE. “I did get help starting off, and I know that people would dream to start off with what I had. I’m so grateful that I’ve been able to take what was gifted to me by my mom. But I am doing the work and putting in the time. Now I’m working on my own, traveling alone, going to school. My mom and I just have the same love for the same thing.” In a video interview for Vogue Germany, Leni called her mother her bestie who she shares everything with.
Leni has graced the covers of several esteemed publications
Leni made her modeling debut at age 16 along with her mother on the cover of Vogue Germany’s January/February 2021 issue. This incredible launch was followed by several revered covers like the 20th-anniversary issue of Glamour Germany, Harper’s Bazaar, Elle Russia, Hunger, etc. Leni debuted her first-ever runway walk in 2021 at Dolce & Gabbana’s Alta Moda show in Venice. “I honestly wasn’t that nervous. I sort of just winged it,” said the 17-year-old, per ET Canada.
The chic teenager has already launched a fashion line in Milan-
The online retailer About You and model Leni Klum launched a capsule collection for the autumn/winter 2021 season that appears to be an extension of Leni’s personal style. The creative rising star did more than strut her stuff at About You’s Berlin Fashion Week show in September 2022, where she showed off the designs from her upcoming collection. From comfy sweatshirts to cozy sweaters and monochrome tops, the collection was indeed the epitome of the Y2K trend.

It’s quite an accomplishment for an 18-year-old to be recognized not only on magazine covers but also on the runway and flaunt fashion collaborations. Leni shared her euphoria with fans, “Thank you thank you thank you to @aboutyoude and all the gorgeous models who were in my very first runway show,” in an Instagram post with a photo of her holding a bouquet. “This truly meant the world!” Doting mommy Heidi burst with pride and shared a carousel of photos of Leni looking rapturous on the runway. “Well done @leniklum & BFF’s @aboutyoude,” she wrote. “It makes me so happy to see you this happy.”


Major brands maketh the model-
With a supermodel mother who ruled the industry for over three decades, things could get tricky for Leni. Lucky for her, she seems to be managing incredibly well, what with her already bagging the coveted rank of becoming Dior Germany’s beauty ambassador. The blue-eyed, 18-year-old model also starred in a video for the new Michael Kors and Ellesse collaboration.
Leni recently announced her accomplishment of becoming Fila’s campaign face, “I’m super happy to announce I’m the face of the new #FILAmeetsLENIKLUM campaign for @deichmann_schuhe. My selection includes 21 different FILA sneaker styles, and I hope you like them as much as I do #perfectmatchwithleni.”
Her Intimissimi lingerie ad faced a lot of backlash-
One of Leni’s most recent and talked about campaigns was a lingerie ad for Intimissimi with mom Heidi Klum, which received praise and backlash in equal measures. The criticism came from fans who considered the shoot too sexy. Leni defended herself, stating, “My mom and I are just completely comfortable around each other, and we were dancing around the whole day. That was what we had to do, and we do that anyway, so it just fit right.” Per NY Post, witnessing the former Victoria’s Secret Angel and her model daughter stripped to their skivvies which they deemed joyful was “very disturbing” for viewers. 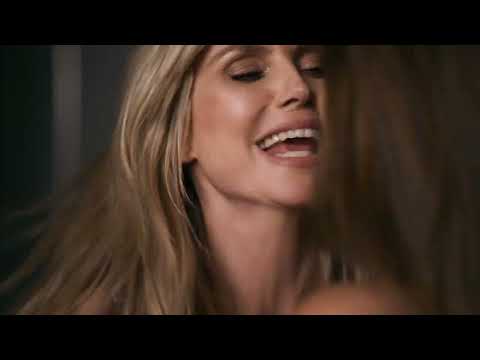 One user commented on the Instagram video, “I like to think I’m progressive in these things, but mom and daughter in lingerie in the same video shoot is just a bit ick.” Another shared, “The photo is weird, and the caption makes it weirder, lol.” There will be some hits and some misses, but all said and done, Leni is the ‘Klum of Gen Z’ with all the trappings of a supermodel.
Leni is dating Aris Rachevsky-
Leni Klum revealed more than just her artistic flair at the About You show in Milan. She walked hand-in-hand with her boyfriend of three years- Aris Rachevsky. The Harvard student and Klum prefer to keep things low-key as the teenager is relatively new to the whole modeling thing. The wordle fan seems to be fiercely private, with hardly any posts on social media platforms and sparing details of an acting cameo in the small 2016 film Dirty.
Tags from the story
Supermodels