Here’s a question- What’s more exciting than watching Tom Cruise play Ethan Hunt in one of the world s most watched and loved movie franchise Mission Impossible? It is watching Tom Cruise sitting atop the Orient Express shooting the seventh installment and performing his own stunts in Norway. The star is not new to the art of making fans skip a heartbeat, but this time he managed to do that not because of his good looks but his guts to film hair-raising scenes on the roof of a moving train while shooting. Tom cruise, 58 was shot by fans as he shot for an action scene atop a fast-moving train; he looked every inch the action spy Ethan Hunt, in an all-black outfit as he sat accompanied by extras and a film crew. TikTok user Tomas Haugland Spangelo posted a wild video of Cruise sitting and balancing on top of a speeding Norwegian train, shot from a car traveling on a road adjacent to the tracks. Cruise notices the excitement this has caused among his admiring fans and sweetly waves back with his feet dangling over the side as the car passengers howl with glee. Cruise is famous for doing his own stunts around the world and the scenic backdrop of the stunning Romsdal Mountains makes for a great location that would translate into an iconic scene on the big screen.


“M: I 7” director Christopher McQuarrie said, “Norway’s scale and beauty have left an indelible and defining imprint on our film and reminded us that anything is possible,” The TikTok video captures not only a legendary star but also Europe’s most iconic rail journeys- the orient express. Itsindentifyable thanks to the lettering of a sleeper carriage – “Compagnie Internationale des Wagons-Lits et des Grands Express Européens”. 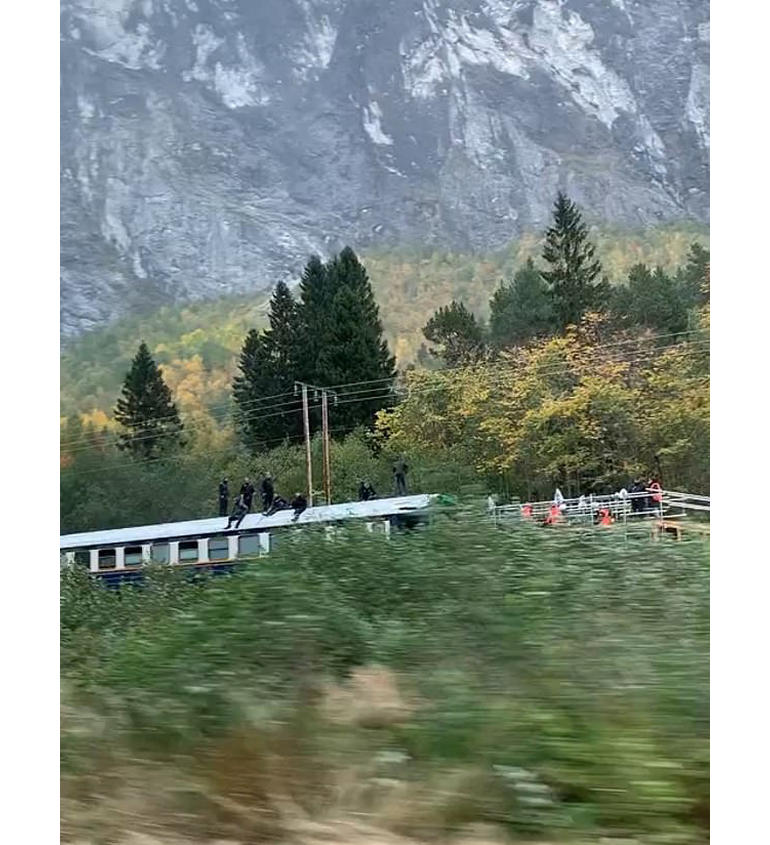 Tags from the story
Tom-Cruise, Train