Not pearls, not a private jet or an island, the co-owner of Philadelphia 76ers Michael Rubin has done the unthinkable. The American businessman and philanthropist posted a birthday video on Instagram that read,’ Happy 16th bday @kylierubin!! I knew how badly you wanted a car, so I thought I’d get you one that would keep you safe! Enjoy your army tank.’ The post has drawn over 80,000 views in 20 hours and also the attention of Caroline Lowe, who commented, ‘I hope this came with live ammunition for Kylie’s sake.’ Mallory Edens, daughter of Bucks co-owner and billionaire Wesley Edens, commented, ‘must admit this is some of ur best work.’


This is one way of letting the bad boys know there’s no messing with Rubin’s baby. Whether Kylie takes this mammoth to college or not, no one is parking their car in her spot again! Amongst other grand birthday gestures, we encountered recently was one by legendary footballer Cristiano Ronaldo. The much-in-love sports star arranged for a Georgina-themed laser show on the most iconic Dubai landmark, Burj Khalifa, the tallest building globally.


The nearly 2800 feet building lit up with images of the stunning Spaniard from her upcoming Netflix show ‘I Am Georgina’, which will cover her rags-to-riches story and her whirlwind romance. Even centibillionaire Bill Gates partied with 50 friends to celebrate his 66th birthday on a $300,000 a day private yacht before helicoptering to an elite beach club in Turkey. But nothing comes close to Michael Rubin’s crazy and out-of-the-box celebration! 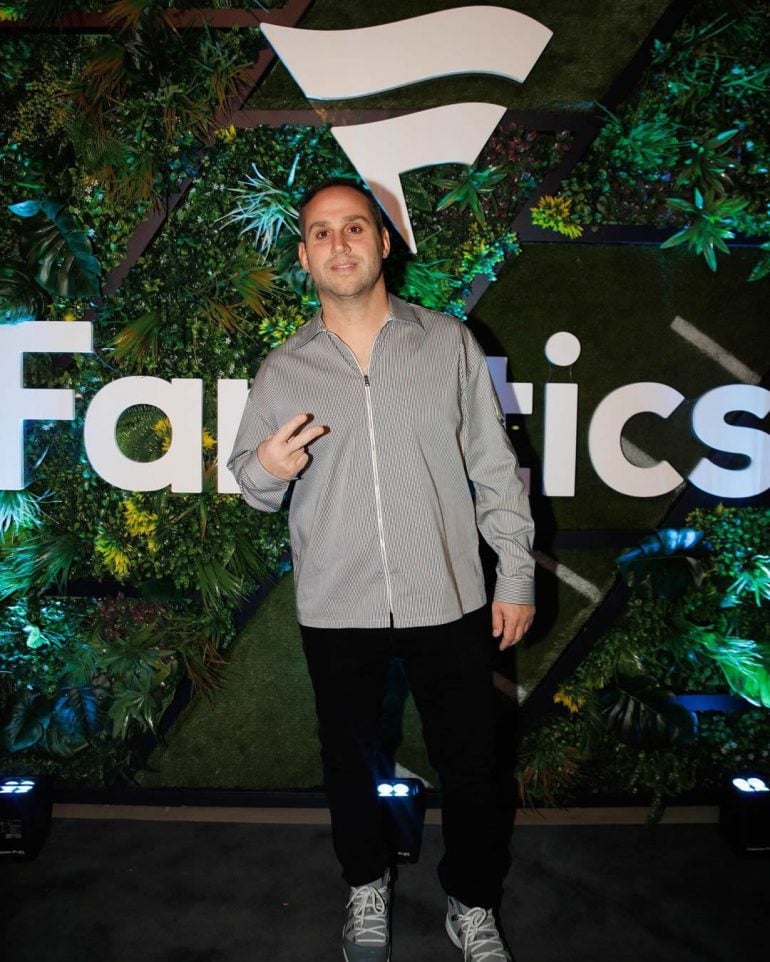 Who is Michael Rubin?
This billionaire is the founder and CEO of online sports merchandising retailer Fanatics. The Villanova University dropout started GSI Commerce, which he sold to eBay for $2.4 billion in 2011. Today, the man enjoys a net worth of $8 billion and is ranked 108 among Forbes world’s richest list. Rubin also is a co-owner of the Philadelphia 76ers basketball team and the New Jersey Devils hockey team. Among his philanthropic endeavors, the one that stands out most is the viral “All In Challenge,” where celebrities, influencers, and brands donated valuable possessions or once-in-a-lifetime experiences to raise $60 million to fight food insecurity during the COVID-19 pandemic.