The space race between the world’s richest people is getting more interesting by the day. About a month back, Amazon’s billionaire founder Jeff Bezos made a surprise announcement that will be blasting off into space on the first crewed flight of Blue Origin’s New Shepard rocket ship, scheduled for July 20. And now, Virgin Galactic founder Richard Branson has revealed that he’s flying to space this July, nine days ahead of Bezos. Virgin Galactic announced last Thursday that its next test spaceflight would launch on July 11 and the company’s founder would be one of the six passengers on board.

I’ve always been a dreamer. My mum taught me to never give up and to reach for the stars. On July 11, it’s time to turn that dream into a reality aboard the next @VirginGalactic spaceflight https://t.co/x0ksfnuEQ3 #Unity22 pic.twitter.com/GWskcMSXyA


“I’ve always been a dreamer. My mum taught me to never give up and to reach for the stars,” Branson said via Twitter. “On July 11, it’s time to turn that dream into a reality aboard the next Virgin Galactic spaceflight.” If the launch goes according to plan, Branson will become the first billionaire to fly to space in his/her own company’s vessel; unless, Elon Musk plans to ruin the party and announces a spaceflight in the next few days. However, that’s highly unlikely to happen. 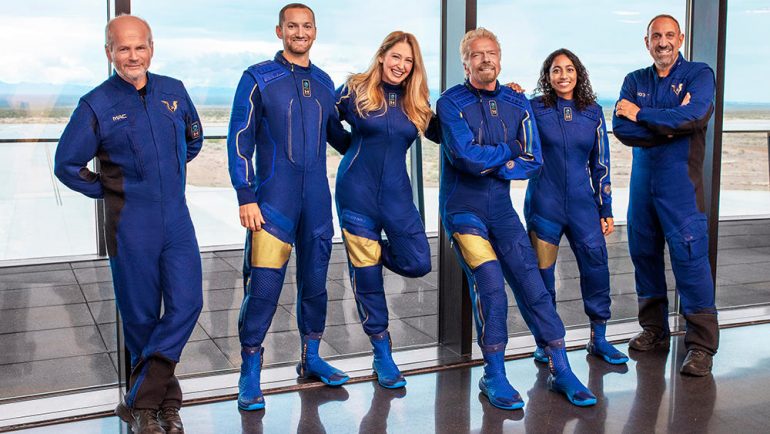 While Bezos will fly to space along with his brother aboard Blue Origin’s first crewed flight, this will be Virgin Galactic’s fourth crewed flight. Both test flights will be crucial for the future of space tourism and the race to commercialize sub-orbital flights. “I truly believe that space belongs to all of us,” Branson said in a statement alongside the company’s announcement. “After 17 years of research, engineering and innovation, Virgin Galactic stands at the vanguard of a new commercial space industry poised to open the universe to humankind and change the world for good.” 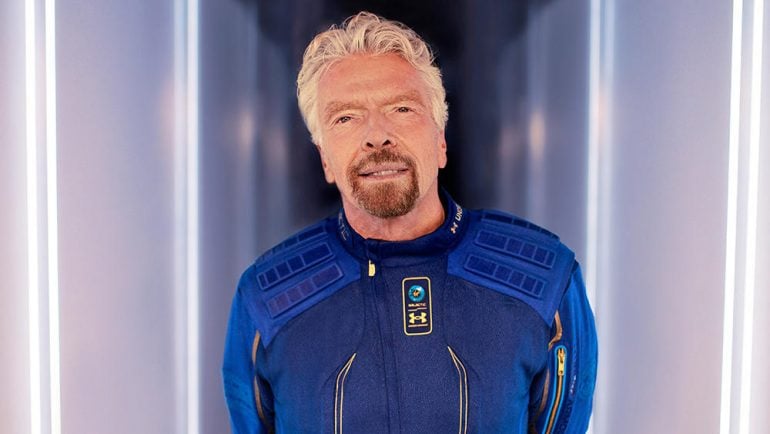 Unlike Blue Origin’s New Shepard rocket that launches from the ground to a max altitude of 66 miles and carries its passengers in a capsule that parachutes back to earth, Virgin Galactic’s VSS Unity rocket shit launches from an aircraft to reach an altitude of 55 miles and lands back on a runway like the space shuttle. Both space flights will roughly last around 11 minutes, with three minutes of weightlessness experienced by the crew. 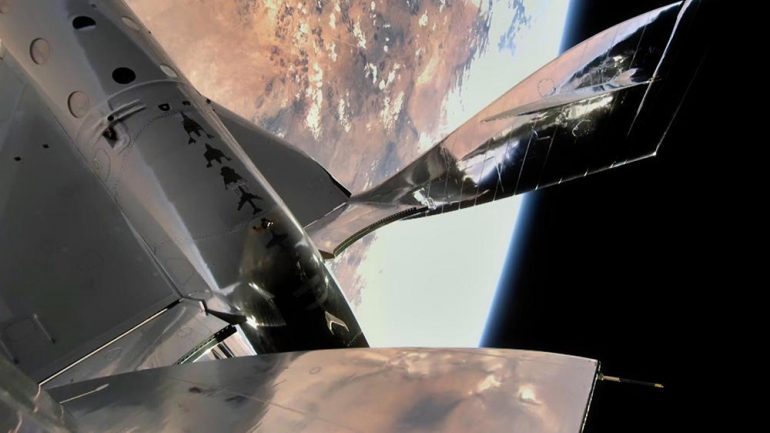 The VSS Unity has been designed to carry up to six passengers and two pilots, and it has already completed 21 test flights. However, Virgin Galactic still needs to conduct two more test flights before it begins commercial service in 2022. The company initially offered tickets for $250,000 and already has around 600 reservations for the trip to the edge of space.