Melania Trump should listen to what Donald Trump says. The man dissed the world of NFT and cryptocurrency while promoting Melanis’s NFT. He admitted he never was a crypto fan and compared it to a disaster of magnanimous scales. I picture Donald Trump sharing an ‘I told you so’ moment’ with Melania, whose ‘Head of State’ auction did turn out like Trump predicted. The auction had a $250,000 asking price but ended $80,000 short of its goal. The disastrous predicament resulted from the former first lady falling prey to the cryptocurrency plunge.

The Head of State auction lot featured Melania’s iconic wide-brimmed white hat worn during the welcome of French President Emmanuel Macron and his wife, Brigitte, to the White House in April 2018. In addition to the talked-about fashion accessories, there was a watercolor painting by Coulon of Melania wearing the hat and a moving digital NFT version of the artwork for a minimum $250,000 bid. The auction ended on Wednesday with only five offers. Inspire of each bid fulfilling the minimum requirement of 1,800 Solana tokens, the fall in the crypto market resulted in various currencies falling by as much as 40%, as was the case with Solana aka SOL. 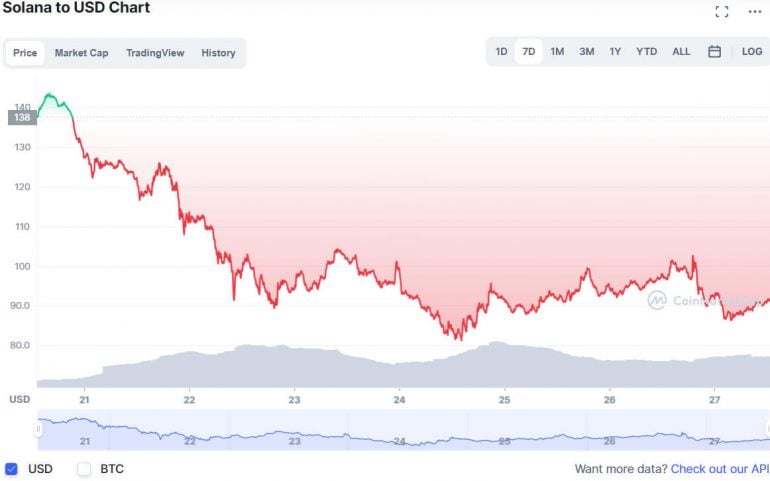 Add to this a lack of interest in Trump’s items, and the “Head of State Collection” sold for about $170,000. The best way for Melania Trump to make up for the $80,000 is to hold on to the currency and wait for the value to go up. Melania Trump’s trsyt with NFT began in December 2021, when the former first lady offered prints of her piercing cobalt blue eyes as NFT along with a complimentary voice message. Conversely, Donald Trump only has good things to say about the USD, the only currency that genuinely entices him. He said, “Well, I never loved it (crypto) because I like to have the dollar; I think the currency should be the dollar, so I was never a big fan. But it’s building up bigger and bigger, and nobody’s doing anything about it.”