Jeff Bezos, one of the richest men on Earth, is also one of the least popular. His recent trip to space has boiled the pot of dislike even more. Not one to feel guilty for the world’s first human spaceflight to orbit space, big wigs like Jeff Bezos, Elon Musk, and Richard Branson have been slammed by United Nations chief on Tuesday for “joyriding in space.” At the same time, the planet suffers long-standing problems like the hunger crisis. Bezos was especially ecstatic about living his multi-million dollar dream, “I want to go on this flight because it’s the thing I’ve wanted to do all my life,” Bezos said in a video posted to his Instagram. United Nations Secretary-General Antonio Guterres stated the out-of-the-world stunt demonstrated massive gaps between the poor and the affluent in our world. 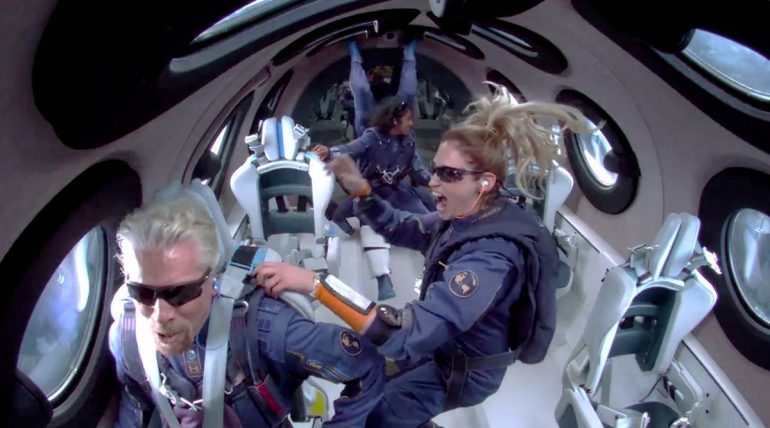 Businessinsider reports Guterres saying, “parents see a future for their children that looks even bleaker than the struggles of today, while at the same time they see “billionaires joyriding to space while millions go hungry on Earth.” While the problems of our planet won’t go away if these handfuls of billionaires start paying higher taxes and not focus on their dreams no matter the cost, it’s the unfortunate timing of these many trips to space that has got them on the radar. While Earthlings suffer a series of COVID-19 lockdowns and are left jobless, Bezos has spent around $28 million on a single seat to space.


More than 820 million Americans, a majority of whom are children, are also experiencing malnutrition. These issues have led to President Joe Biden’s tax plan wherein the wealthiest American earners could pay $1.5 million more in taxes. According to a new analysis, if Congress passes Joe Biden’s proposed tax hikes, people earning $3.6 million or more would pay another $1.56 million each in federal taxes each year, top of the taxes they already pay. While Elon Musk doesn’t deny the ever-growing problems of the planet, he feels like he deserves to have some fun.
In the Netflix documentary about the flight, Musk said, “I think we should spend the vast majority of our resources solving problems on Earth. Like, 99% plus of our economy should be dedicated to solving problems on Earth. But I think maybe something like 1%, or less than 1%, could be applied to extending life beyond Earth.” A man with a net worth of $156.9 billion that 1% can get him a trip to space and back and more.