The lockdown because of the coronavirus pandemic has given all of a lot of time to devote to our interests and hobbies – things that we rarely get time for during our regular busy schedule. I have been spending a lot of time reading on military aircraft, which also happens to be a common interest of our editor-in-chief. That’s when I came across one of the coolest furniture items made out of parts salvaged from military jets. Meet the Air Fuel Couch, a handcrafted piece of furniture art built from an original drop tank of a Mig 21 fighter jet. The idea of using discarded aircraft parts to make furniture pieces is not new. Over the years, we have seen some brilliant home decoration items and art pieces made from salvaged aircraft components like an ultra-cool ceiling fan made out of a jet engine fan, a vintage chair made from Rolls-Royce propeller, and the $70,000 conference table by MotoArt made from an aircraft wing.

Coming back to the couch made from the fuel tank of a Mig 21 jet, it is the work of a Netherlands-based company called Extreme Luxury. The body is made from an original fighter jet fuel drop tank and it is given a high-gloss polished aluminum finish. According to the company, the couch is upholstered with the best leather for top-notch build quality. If you want one for your man cave, the Air Fuel Couch is priced at € 45,000 (about $49,000); however, you’ll have to pay extra for transportation if you live outside the Netherlands. The Mig 21 is a Russian-built supersonic jet that was first introduced in 1959. With more than 11,000 units built, it holds the record for the most-produced supersonic jet aircraft in aviation history. Despite being old, the military jet is still in service in many countries. 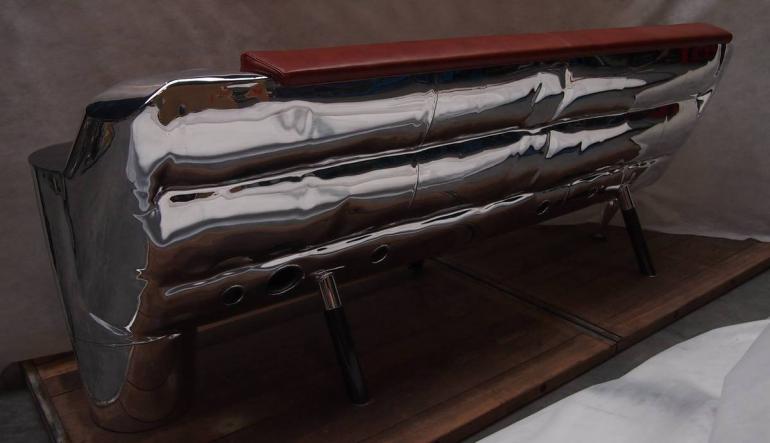 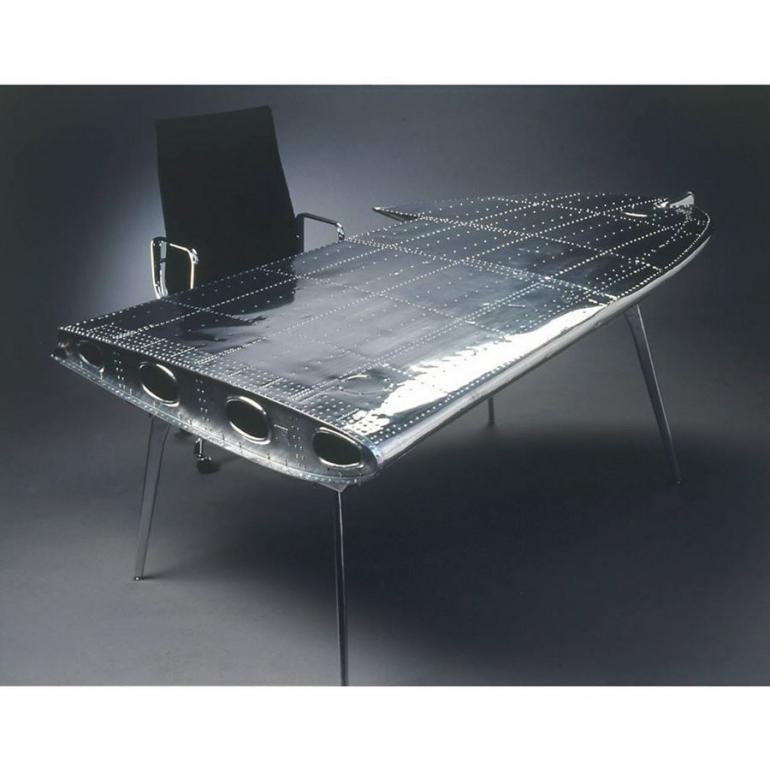 Tags from the story
Couch