Us rock and roll fans have grooved to the beasts of the iconic Tina Turner song – ‘What’s Love Got to Do with It’ several times! And in celebrating the legacy of the song on its 40th anniversary, Barbie has unveiled a special doll modeled after Turner. Yes, that’s right! Part of Mattel’s music series, the doll can be seen wearing a replica of the outfit that Turner wore for the song – a black mini dress, a denim jacket, sheer black tights, and black heels. However, its most noteworthy feature is volumized and textured hair, a style that the singer often sported back then. 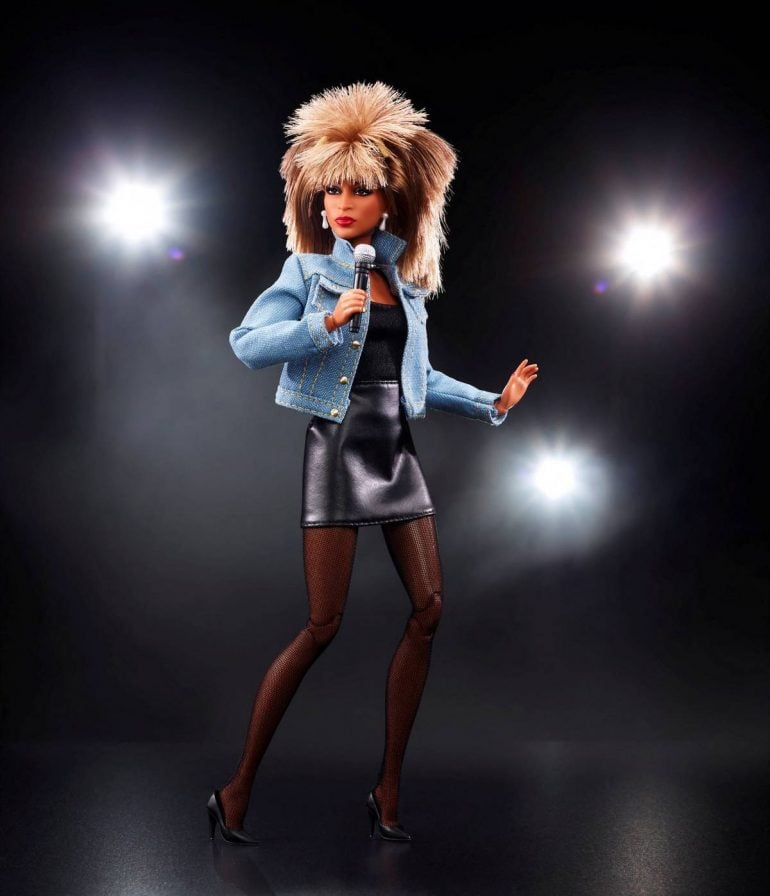 Commenting on it, Mattel in a statement on Instagram wrote, “Barbie is proud to honor the unmatched career of the ‘Queen of Rock ‘n Roll’ with a @TinaTurner Barbie doll. Collectors and music fans alike can celebrate the music icon with the new Signature #Barbie doll.”

Remarking further on it, the 82-year-old singer noted, “I am honored to welcome my Barbie into the group of trailblazing women already represented and introduce more kids to my journey.” The Tina Turner Barbie doll is currently available for purchase on MattelCreations.com and through Amazon, Walmart, and Target.

Tags from the story
Barbie