You might remember that we had recently covered a bullet-proof suit named the Diamond Armor, priced at $3.2 million, it is supposedly the most expensive mens suite in the world. And now we have a pair of shoes which are made from Kevlar and can protect your feet from a spray of bullets. The reason why we haven’t heard of a similar idea before is because under gunfire, feet are the least crucial area to cover as they don’t result to life-threatening injuries. But it seems bullet-proof clothing is in vogue or at least some people want to make them to be fashionable. Over All Master Cloth (O.A.M.C) has partnered with renowned french shoe maker Atelier Heschung to create this special pair of footwear.

Named the Spring/Summer 2014 Radial Low Kevlar shoe, as the name suggests it features a lightweight kevlar upper construction which is traditionally used for making body armor and other bullet-proof equipments. The Kevlar shoes are hand-sewn at each stage of production and have supple calf leather accents along the collar and heel. The brand recently put the Kevlar shoes along with other products under test and field tests were performed and recorded on location at the Arcadia Police Department Gun Range in California where they were sprayed with bullets from automatic machine guns (Colt M4). The results are quite interesting and they have come up with snazzy video to showcase it. Check out the video after the jump where the shoes almost bounces off the bullets; almost! 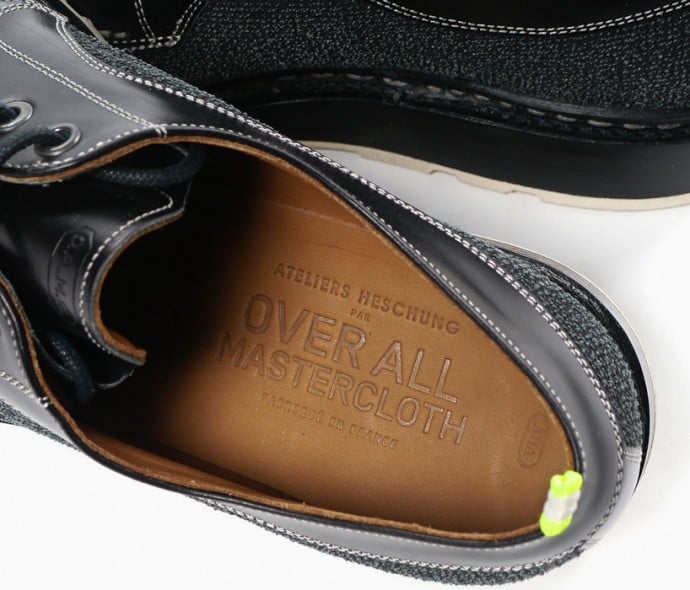 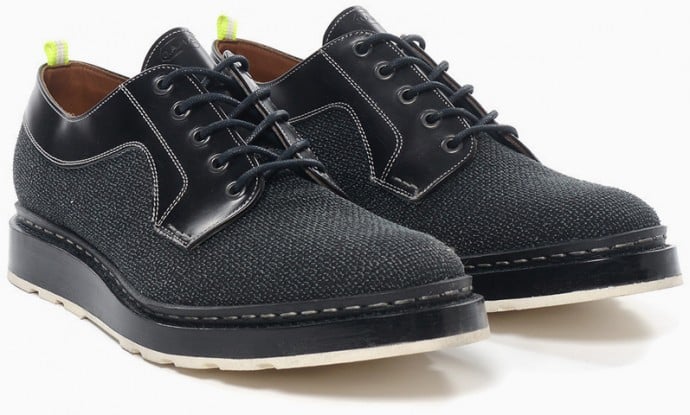 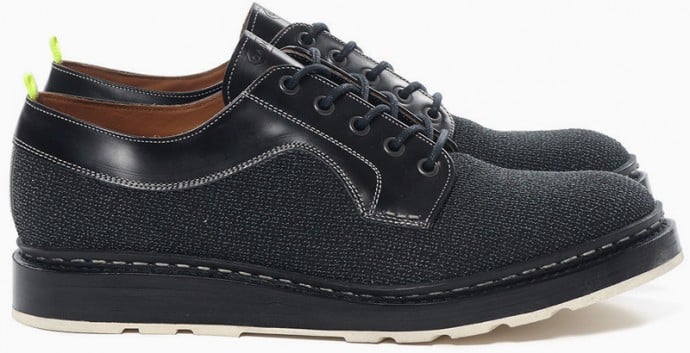 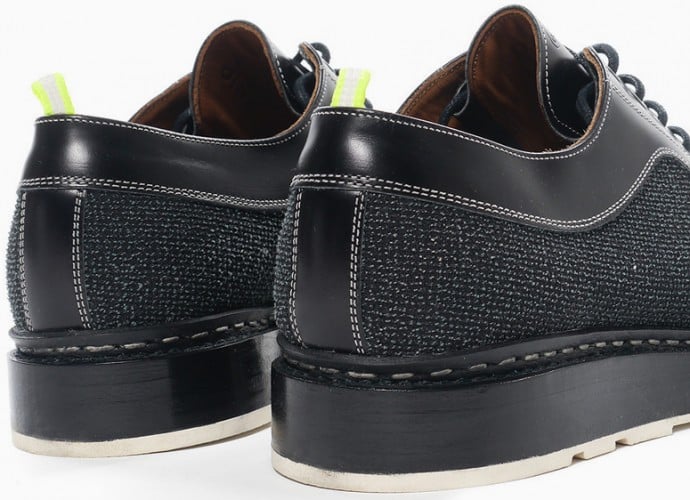