Christian Louboutin’s make-shift store on the 40th street of Miami’s Design District now finds a permanent structure. The French fashion house teamed up with New-York based design firm 212 box to build an eclectic store in its place that is wholly inspired by natural elements. 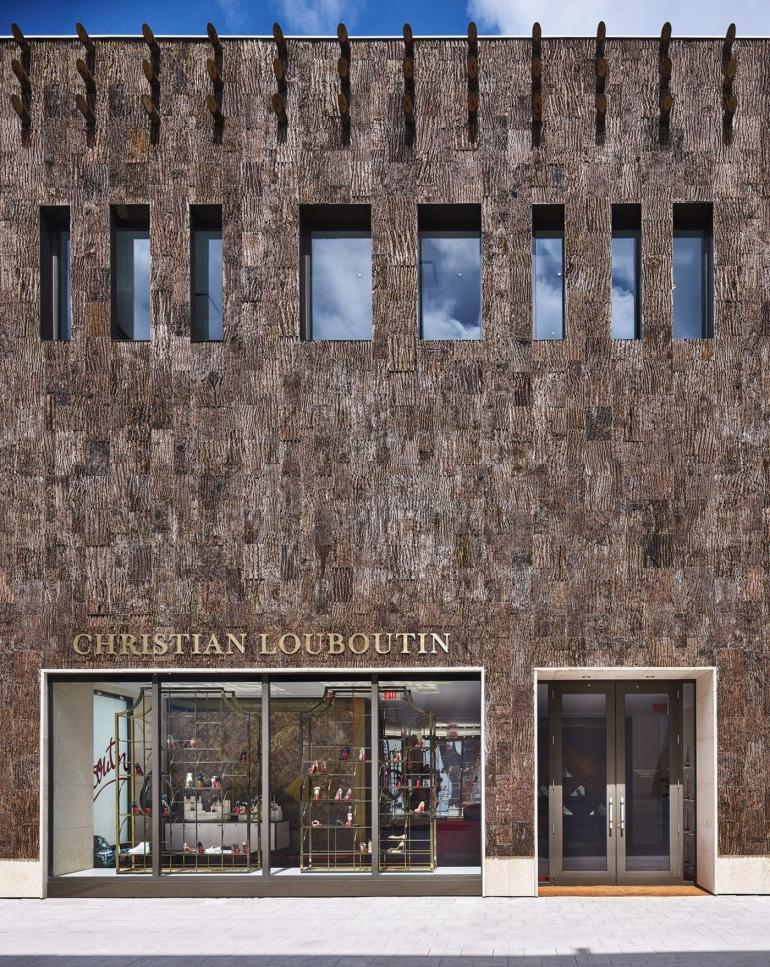 Spread across a length of 3,874-square-foot (360-square-metre), the store stocks men’s and women’s apparel and features a textural appearance that stands out from the surrounding architecture. The exterior of the place features peeled tree panels in a dark hue that harvested by hand to leave the trees intact and is produced using 100 per cent renewable solar-powered electricity. 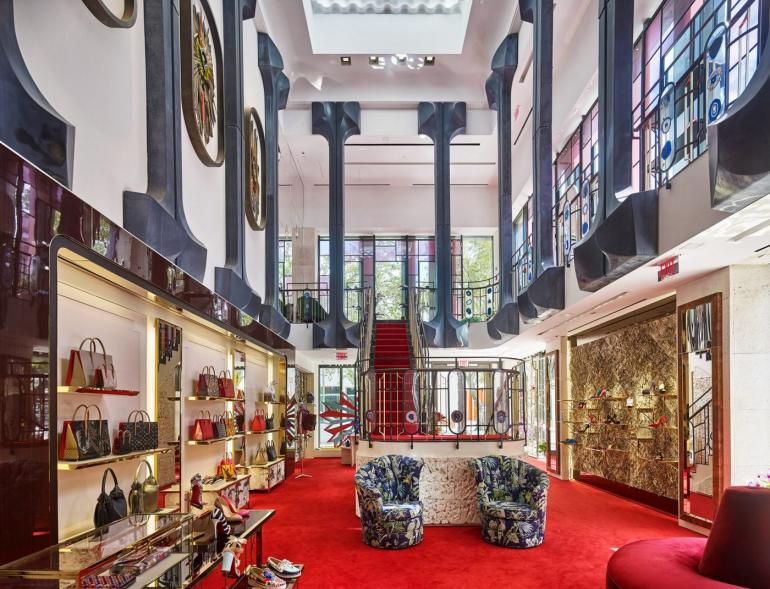 The interior of the store further boasts of unique textures such as walls lined in paler barks like white birch, gold birch, and pin cherry wood lines. Together the earthy inside makes for a soft and rather chic backdrop for the Louboutin collection. 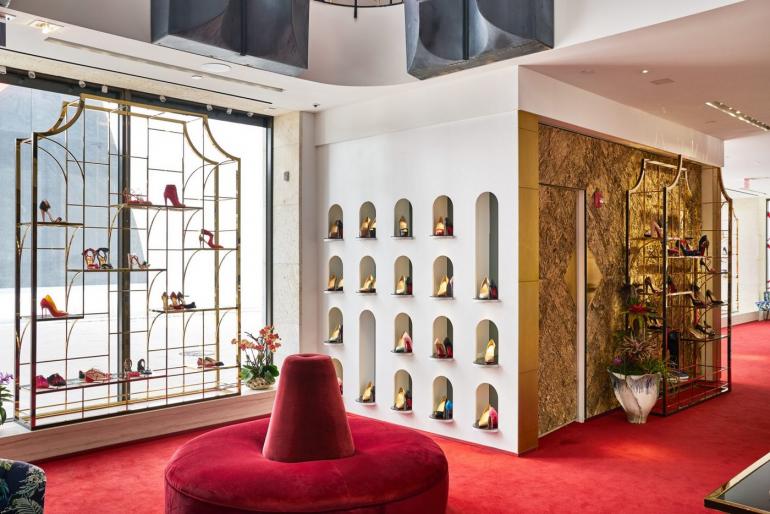 One can spot I-shaped columns originally used for a 1970s Parisian office building in a reused form. The details takes shape of a dark colonnade around the mezzanine level and are apparently inspired by Louboutin’s Parisian heritage. 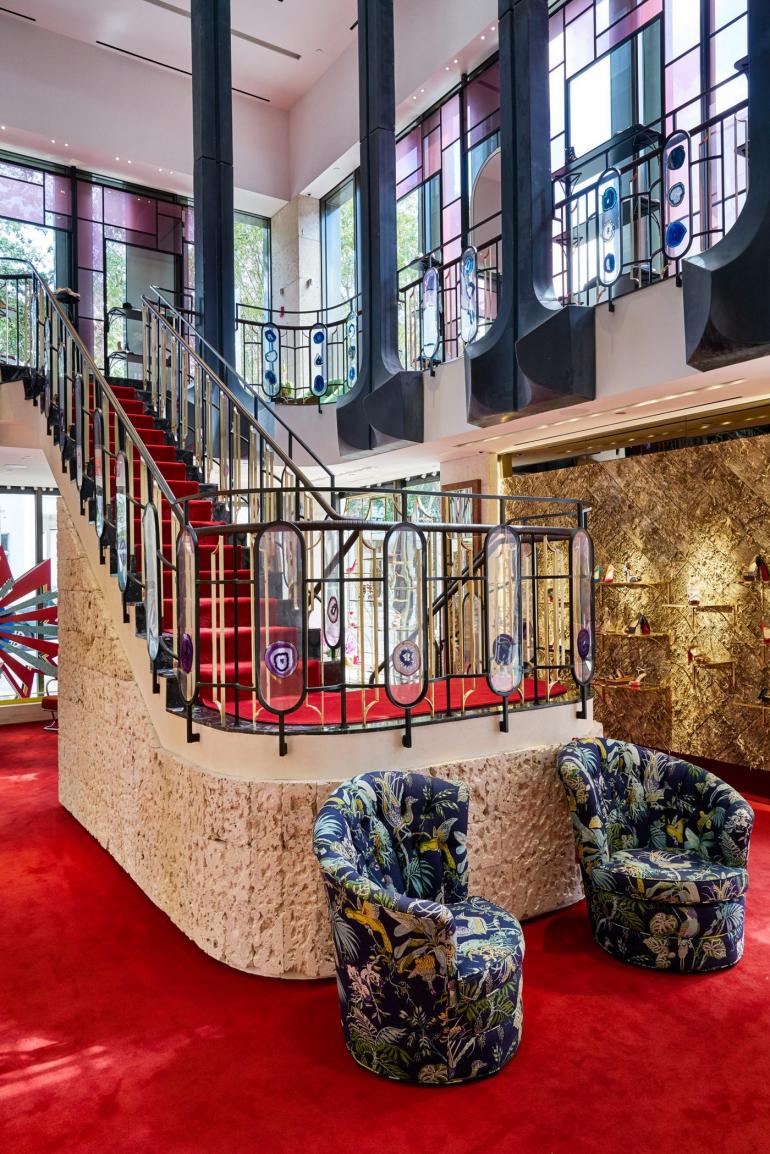 The two -storey building stores Womenswear – including shoes, handbags and leather goods on the ground floor with the Men’s shoe section decked right above it. The first floor is made accessible by a central staircase that showcases a luxe and delicate metallic balustrade. 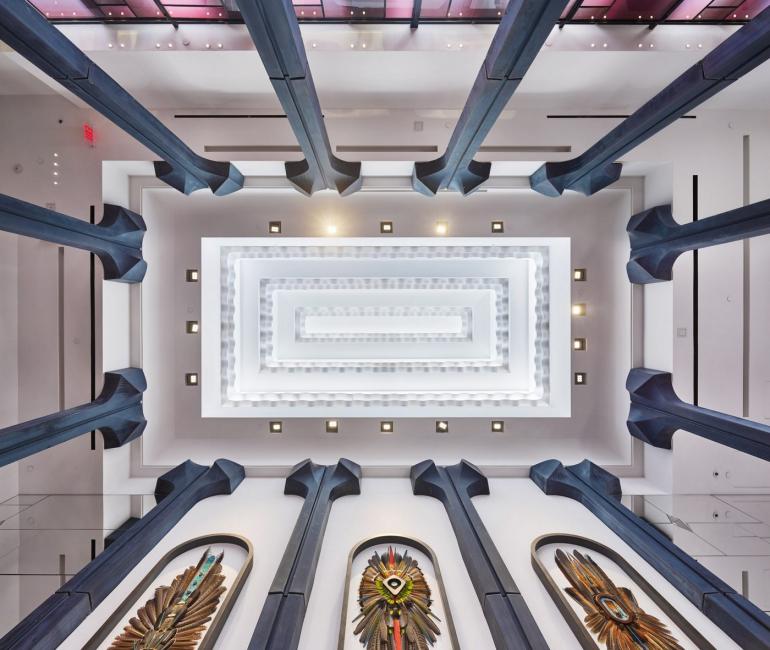 Other elements include tiered skylight with a wavy profile that tops the central double-height space along with glass and golden shelves. There’s also arched nooks constructed for stilettoes and other exclusive footwear and a red carpet runs throughout the store to provide continuity between the two levels, while also paying ode to the infamous red-lacquered sole of Louboutin shoes.