Sauvage by Dior has become the best-selling fragrance in the world, proving any publicity is good publicity. According to BoF, this year, the first-half turnover of the perfume and cosmetics division of parent company LVMH grew by 13% on an organic basis to $3.70 billion. Is it genuinely hype, or has the fantastic fragrance by Dior held its ground on pure mettle? Mr. Depp has been the face of Dior’s Sauvage cologne since 2015, and Sauvage has overtaken successes such as Coco Mademoiselle by Chanel and La Vie Est Belle by Lancôme. One cannot simply credit the Johnny Depp vs. Amber Heard defamation trial as the brand claimed to have sold one bottle every three seconds in 2021. 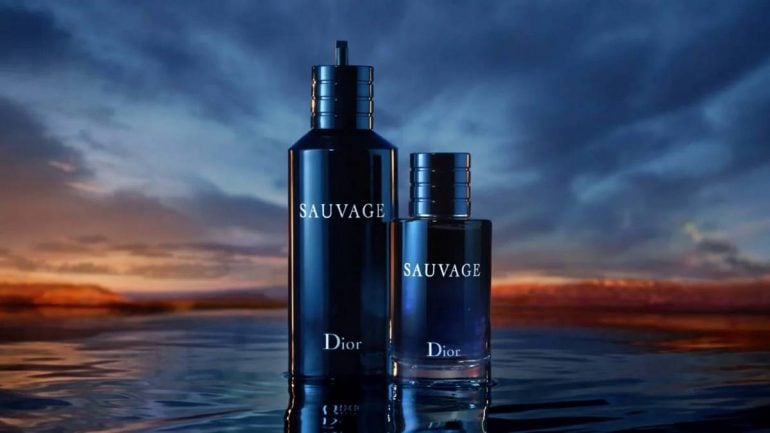 Having said that, unlike Disney, Dior stood by its ambassador at a time of great difficulty; a choice that evidently paid off commercially this year. In addition to the Depp effect, the Fragrance Foundation Awards crowned Sauvage Elixir the luxury men’s fragrance of the year. Dior cleverly added Paris Saint Germain football star Kylian Mbappé to its stables. Interestingly, the Sauvage collection was first launched in 1966. Showing perseverance is vital, Dior dedicated seven years building on the initial success of Sauvage.

Leaving no stone unturned, the brand went all out, investing in television commercials, advertising campaigns, roping in promising ambassadors, and more. There is no denying the Depp connection worked wonders and the Pirates of the Caribbean star was everywhere. Not only is he selling the $155 6.8-ounce bottle on Dior’s website, but his 43-second Sauvage promo clip featuring him playing the guitar in a desert has been viewed more than 91 million times in eight months. Clearly, fans can’t have enough of Depp or Dior Sauvage.


The Johnny Depp effect
For Johnny Depp’s loyal fans, buying a bottle of Dior Sauvage was a tangible way of displaying they had his back. The Wall Street Journal shared, “I feel like supporting Dior at this point is synonymous with supporting Johnny,” said Makayla Stewart, who works in real estate in Simpsonville, S.C., and watched “every second” of the proceedings after being turned onto the trial through social media. She said that before the trial, she had not been a Depp megafan and hadn’t seen “Pirates of the Caribbean” yet. Dior did what Disney couldn’t, and it paid off. “They took a really tough decision throughout to stand by him when no other company would,” said Ahmad Fatfat, who works in communications and public relations in Lebanon.
Dior’s support for Depp saw Depp’s fans supporting the luxury brand in return like a virtuous circle. A spokesperson for Mr. Depp credited Dior and his fans for standing by him during the trial. “He knows that Dior, in particular, has been steadfast and unwavering in its support, and he will always be grateful to them and to all those who have supported him through the sales on his behalf,” the spokesperson said. Google searches for the scent surged by 48 percent, from 8,23,000 in March 2022 to 1.2 million in April 2022, when the proceedings started.
Tags from the story
Dior, Fragrance, Johnny-Depp