Thought videogame characters have no style? Think again. The Final Fantasy series heroine, Lightning, is officially the new face of Louis Vuitton. The pink haired character is seen in a new LV campaign where she swaps her sword for a handbag and her usual red cape for luxe pieces from the newest Ghesquière designed Louis Vuitton collection. 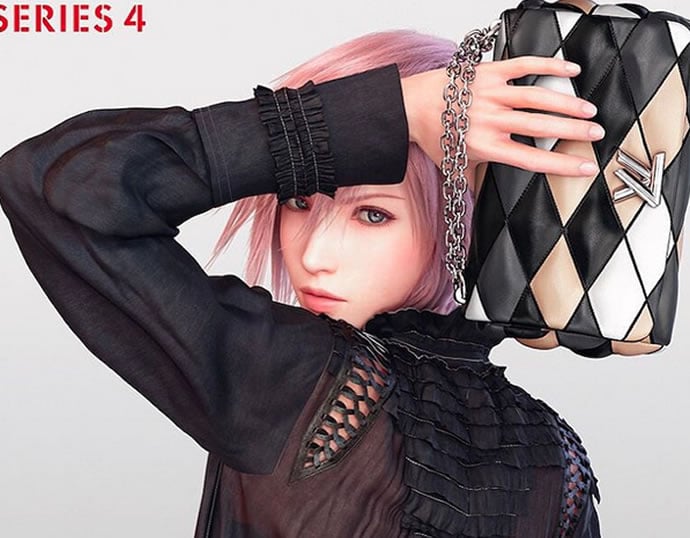 Ghesquière made the announcement via his Instagram a few days ago by posting a video with this accompanying caption: “Reality and fantasy become one : lightning a genuine heroine in the new @louisvuitton series 4 ad campaign.” In the video we see Lightning sporting a pink moto jacket and showing off some of her coolest moves. He later posted two images of the character in different Louis Vuitton ensembles. Lightning’s moto jacket look was brought to life on the LV s/s 2016 runway by pink haired model Fernanda Ly.

Videogame and sci-fi futurism is also a huge part of the LV collection. Look out for dark colors, metallics as well as print and texture clashes.

Tags from the story
Louis-Vuitton, Models