Designers and their penchant for miniature costumes (remember the mini couture for UNICEF?), takes on new and in this case, fantastical heights as several of them unveil their creations for The Wizard of Oz. As the American fantasy musical turns 75, its leading ladies go avant-garde. 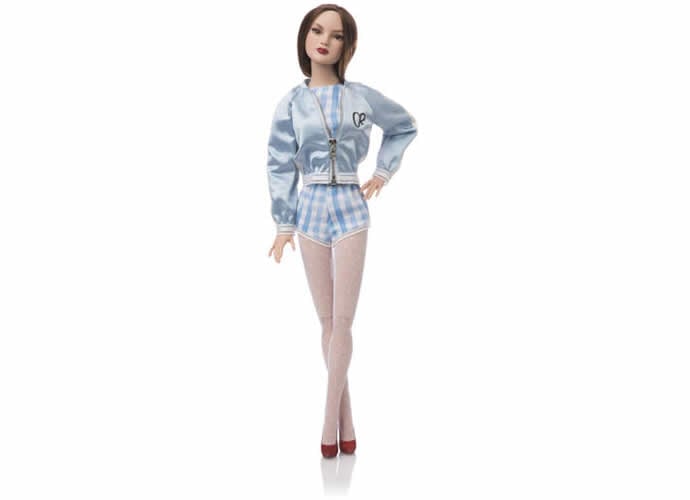 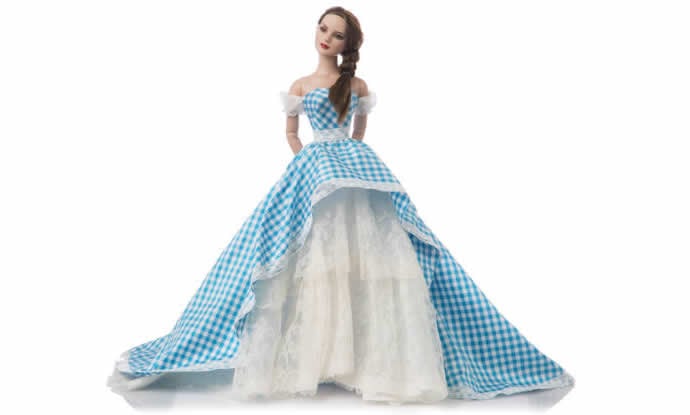 Meanwhile, Reem Acra has kept it classic, in a gingham and lace ball gown (above). For Glinda, Lubov Azria has used a BCBG ball gown (below) modeled after her first design for Max Azria Atelier. 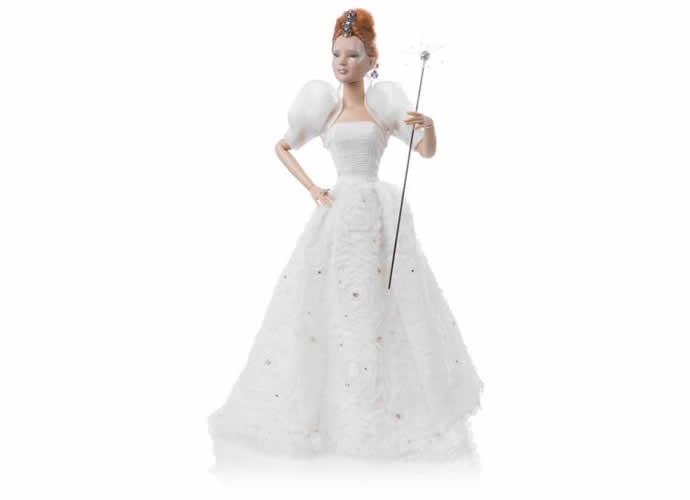 Marc Jacobs’ Wicked Witch of the West looks rather grunge in the main image (extreme right) compared to Jenny Packham’s (below), which sports a plunging-keyhole and an ombré effect. 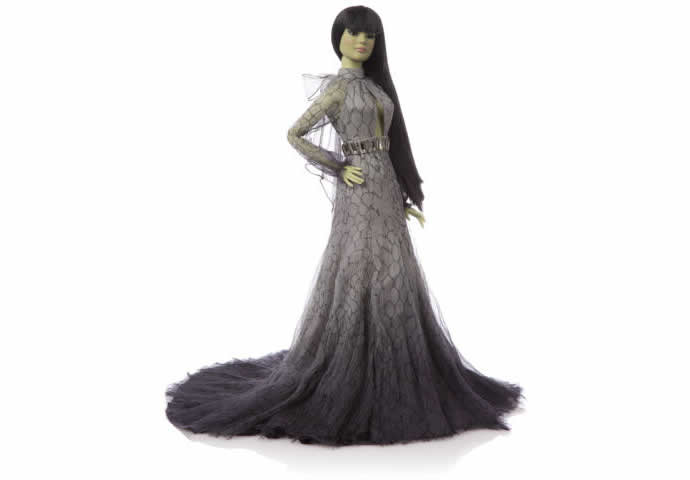 Then there’s Carmen Marc Valvo’s intricate rosette dress on a doll that is undoubtedly the Good Witch. These one-of-a-kind costumes inspired by the film’s characters have been created in collaboration with Warner Bros. Consumer Products and the Tonner Doll Collection. 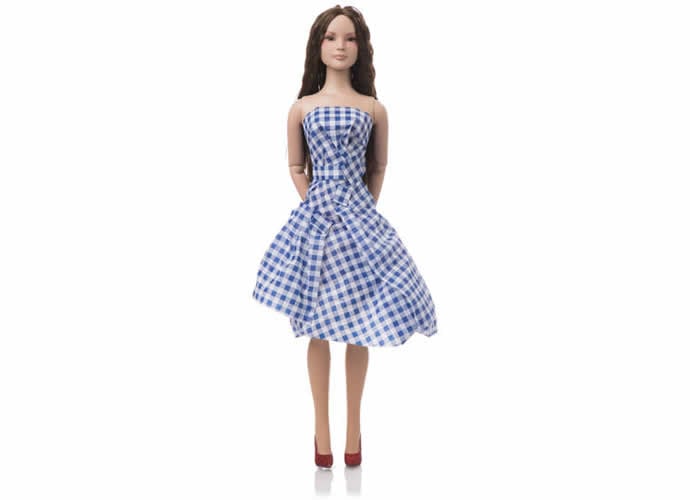 The 22-inch dolls will make their debut on Sept. 4 as part of New York Fashion Week. They will later be auctioned on eBay, from September 4th to the 14, with all proceeds going to Warner Bros.’ partnership with Habitat for Humanity.

Tags from the story
Dolls, Marc-Jacob