This may be no breaking news (the internet is rife with info) but this sure is breathtaking news- Dior Cruise 2015 Show. The only Dior show to take place out of Paris, Cruise travelled to New York this year, perhaps as an ode to Monsieur Dior who established a New York branch a year after opening his Parisian maison, in an attempt to disarm the American market. The only difference between then and now would be that Raf Simons went a step ahead. He took ready-to-wear across the East river and by the Brooklyn Bridge. The bevy of Dior-ified beauties followed (in a customized ferry, of course). Let’s take a look at what really went down on May 7 at Brooklyn’s Navy Yard – from Rihanna’s robe en satin rose appearance to what we’re calling the season’s hottest trend, the scarf dress. 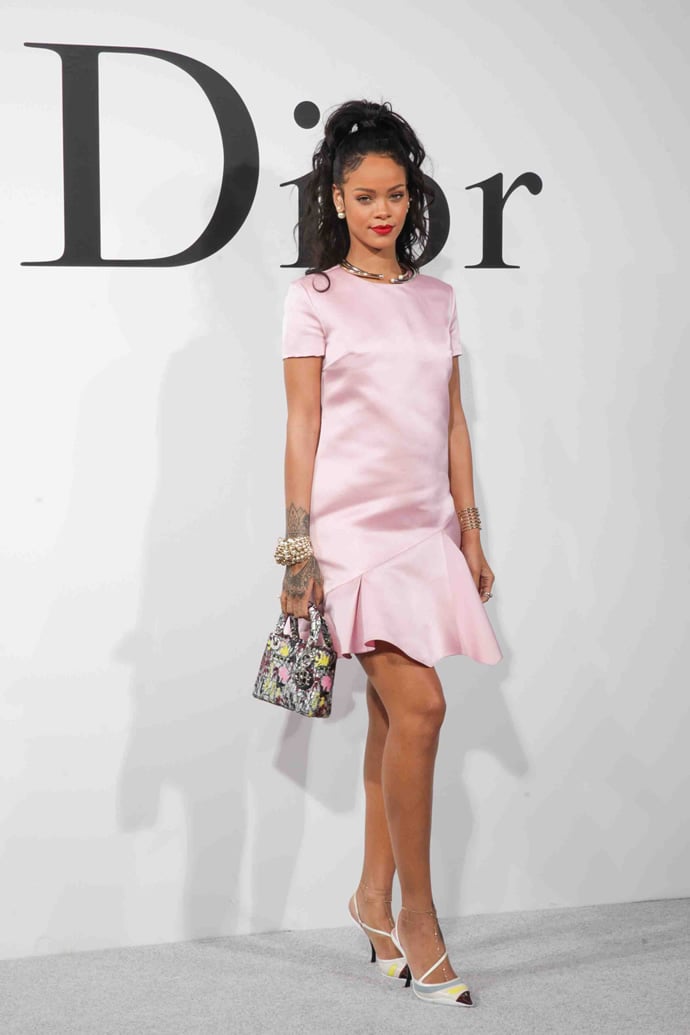 “America is a constant inspiration for me.”

Those are the words of Raf Simons whose Cruise show would remain the inspiration to other shows for months to come. Its Front Row saw the likes of Rihanna, Marion Cotillard, Leelee Sobieski, Maggie Gyllenhal and more, several of who were dressed in Dior. And all of who were surrounded by an expanse of white catwalk and a metallic mirrored backdrop that kept alive, the tone of the Musée Rodin Garden show. 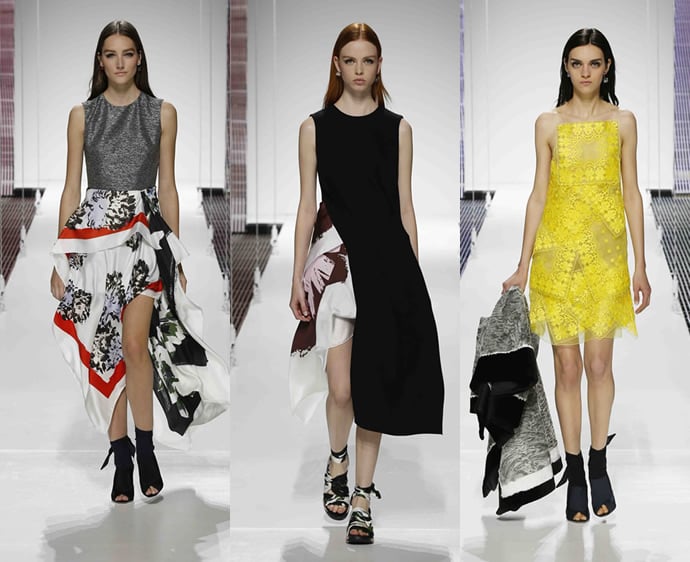 “The pop culture, the energy, the fluidity… there is just something so alive here.”

The same can be said of Raf’s Cruise Collection. Combining the French carré or silk scarf to an abstract-ized American flag, Raf Simons explores the pop iconography of the latter in a series of playful ready-to-wear looks. Structured bodices on fluid sleeves and skirts mean a ‘hard and soft’ theme runs throughout the various pieces. Unless we’re looking at ravishingly constructed airy dresses, very reminiscent of Dior Couture in creation! 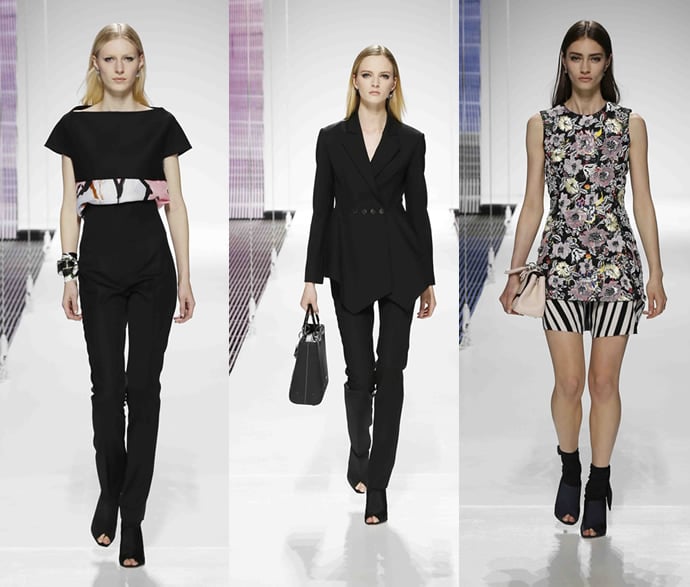 “But there is always a look – a strong look.”

Strictly tailored, dark looks do not betray us even in Cruise. There’s a sleeveless coat, very architectural in double-face cashmere, tweed jackets or peacoats that end high up on the thigh and of course, the Bar jacket. The House’s signature returns with horizontal buttoning, which accentuates the sharpness of its waist even more. The scarf wrapped shoes and jewelry, are designed such that they complement black tailoring, floral form dresses as well as hand painted looks.

If, after all that, you’re feeling left out, here’s where you can see the show –