“We don’t throw everything away!” Those aren’t my words; much like Meryl Streep’s scarves in the Devil Wears Prada, they’re Hermès. And in direct reference to their up-cycling project called Petit h. But before we take you inside that, through the video (at the end of the article) here’s taking a look at their newest up-cycled objects. 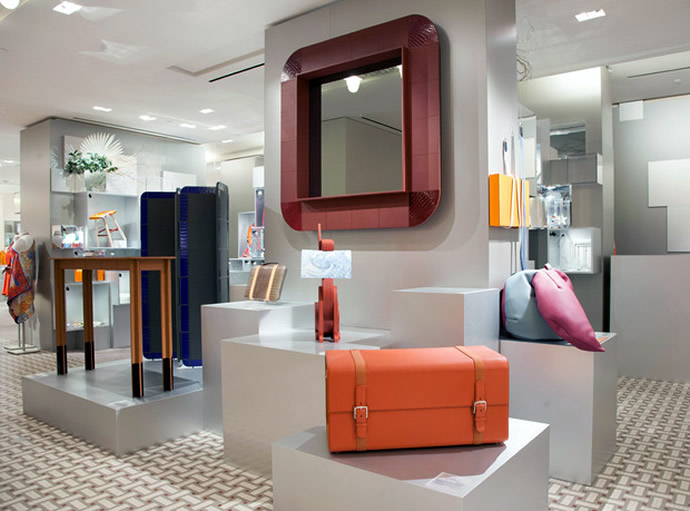 Until recently, topnotch quality sadly equaled wastage. But now, thanks to Hermès, fashion folk can expect to get their hands on anything from bracelets made from knotted pieces of colored silks to a giant, geometric calfskin bookcase. Emphasis on “expect”, as the up-cycled collection features only one-of-a-kind objects, made from discarded and hoarded materials. 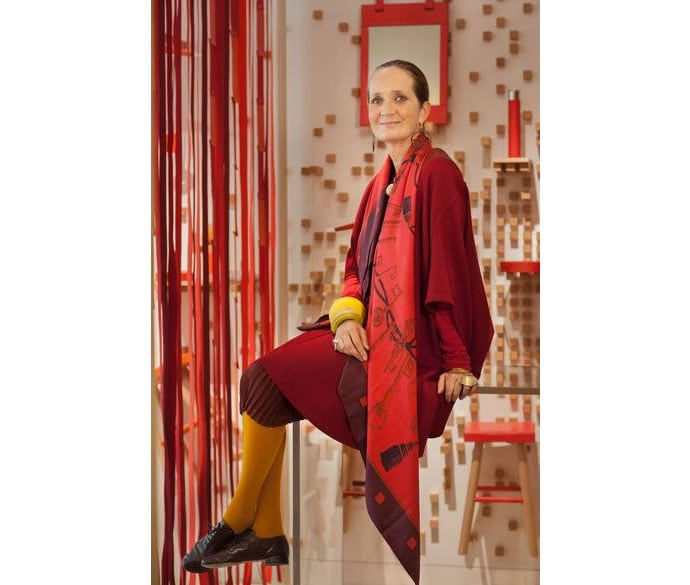 “This is a different way to look at things. Creation generally means you have an idea and your look for the materials. For me it is the reverse,” says Pascale Mussard. Inviting designers and artists into the Petit h workshops and turning leftovers or ‘off-cuts’, as they’re called, and rejects into highly covetable artifacts, the Hermès designer and great-great-great-granddaughter of Thierry Hermès has literally helped breathe new life into not just unwanted bits but also the luxury label.

We, for one, have newfound respect for the French fashion house and with any luck, will be able to demonstrate that in London, first time host of the Petit H collection. The Hermès Bond Street store has been turned into an exhibition space, designed by artist Faye Toogood, where one can not only see but also buy some of the most recent up-cycled creations. The Petit h temporary sale will run from Nov 20 to Dec 7 and while it’ll showcase Starbucks-style cup holders made of richly colored calfskin, or the croc laptop bag with a repurposed strap from a Birkin, what we’re seriously eyeing is the £1,700 ($2,885) “skeleton” bag in robust grey felt.

[Hermes Via Telegraph and Cool-Hunting]