Royal Wedding fever is at an all-time high! With just one day to go before All American princess-to-be Meghan Markle walks the aisle, we can’t help but revisit some of our favorite wedding couture. Royal weddings may be few and far between, but the one thing we are assured is a memorable dress. While we wait with baited breath to see Meghan’s own princess moment, you can take a brief trip through the archives of our favorite, ultra-extravagant and ultra-stylish royal wedding gowns. 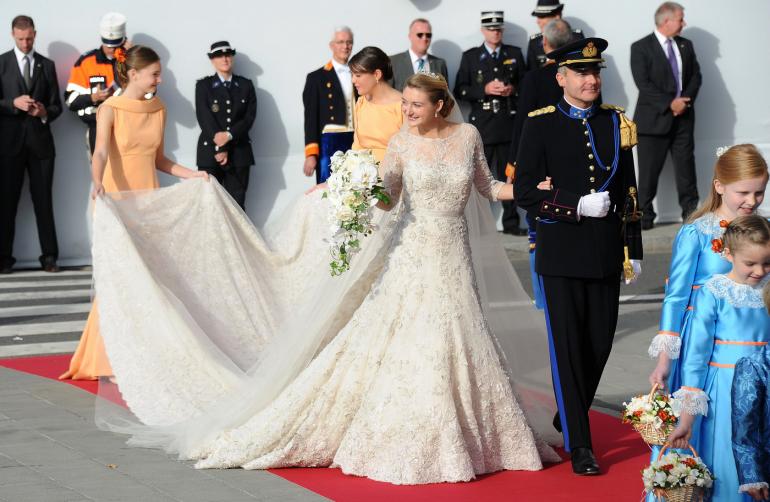 7. Stéphanie, Hereditary Grand Duchess of Luxembourg
Who was she wearing? Elie Saab
What did it cost? $250,000
Designer Elie Saab is known for his red carpet gowns that resemble princess dresses so of course he went all out when he had a chance to dress a real princess. Stephanie’s gorgeous dress featured a 13 foot train and was embroidered with some 50,000 pearls and 80,000 transparent crystals. This dress is not the most expensive, but it is definitely one for the history books. 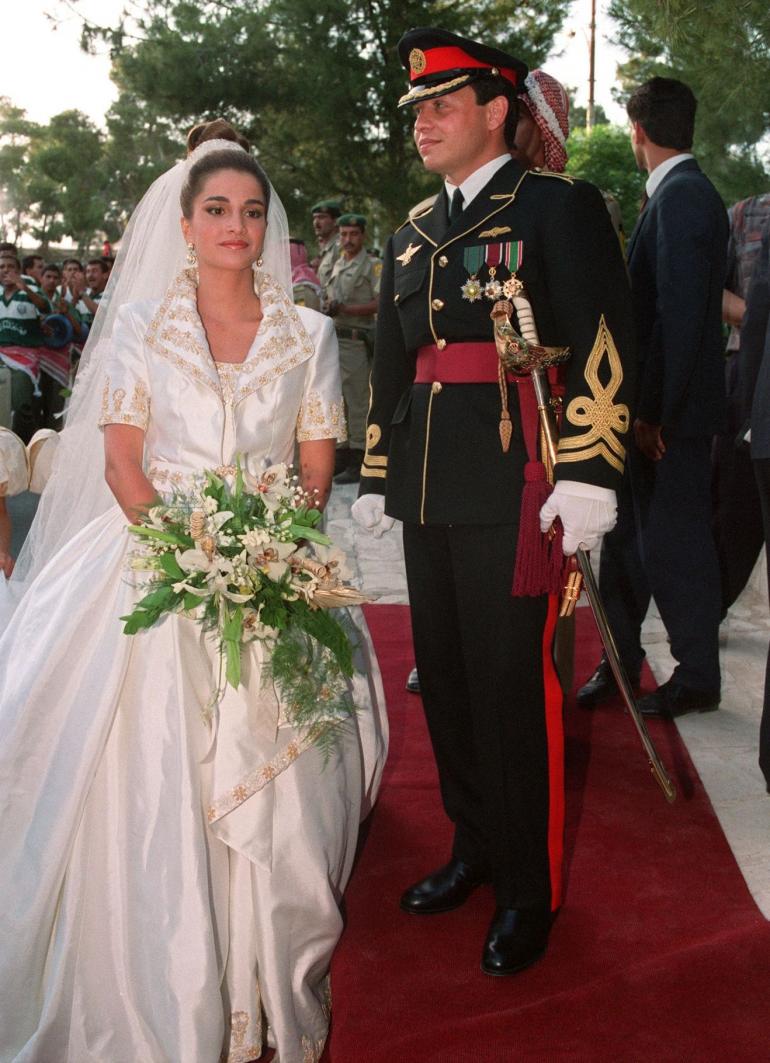 6. Queen Rania of Jordan
Who was she wearing? British designer Bruce Oldfield
What did it cost? Around $400,000
Queen Rania’s collared and belted dress felt like an extension of her powerful personality. It featured plenty of gold embroidery and an extensive train too. This wedding took place over 2o years ago back in 1993, and it definitely seems inspired by the power shoulders and skirt suits of the ‘80s. 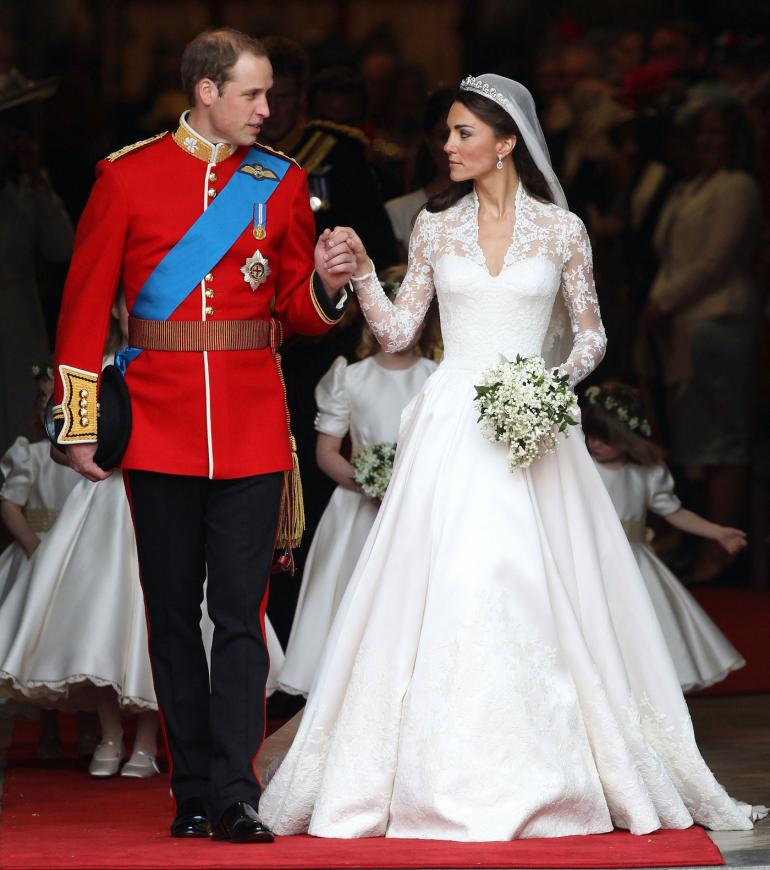 5. Catherine, Duchess of Cambridge
Who was she wearing? Alexander McQueen
What did it cost? $514,000
The long sleeves lace dress that inspired brides for months to come. Almost everything that Kate wears in public sells out instantly, so it was hardly a surprise when her v-necked wedding dress designed by Sarah Burton became an instant classic. The lace bodice on this iconic dress featured hand embroidered roses, thistle, daffodils, and shamrocks. 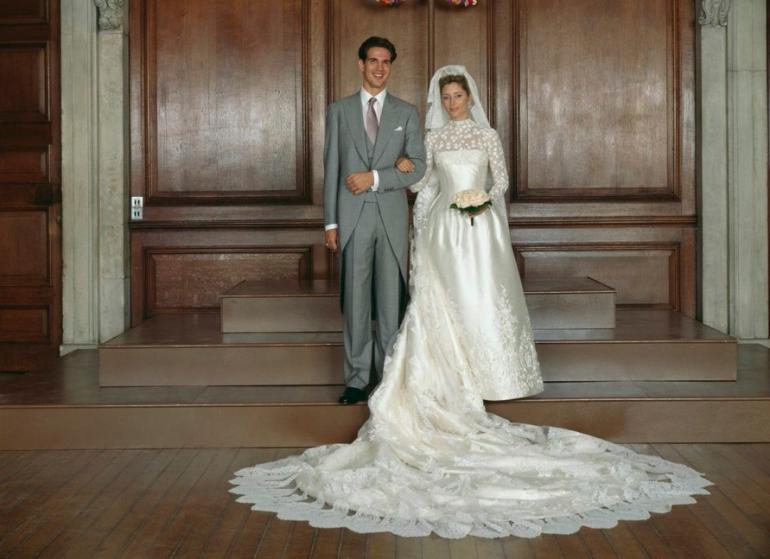 4. Marie-Chantal Miller of Greece
Who was she wearing? Valentino
What did it cost? Around $515,270
Marie Chantal’s gorgeous wedding dress features a tulip skirt, long lacey sleeves and intricate pearl embroidery. It was reportedly made over four months by 25 different people and we can say it was well worth the effort. 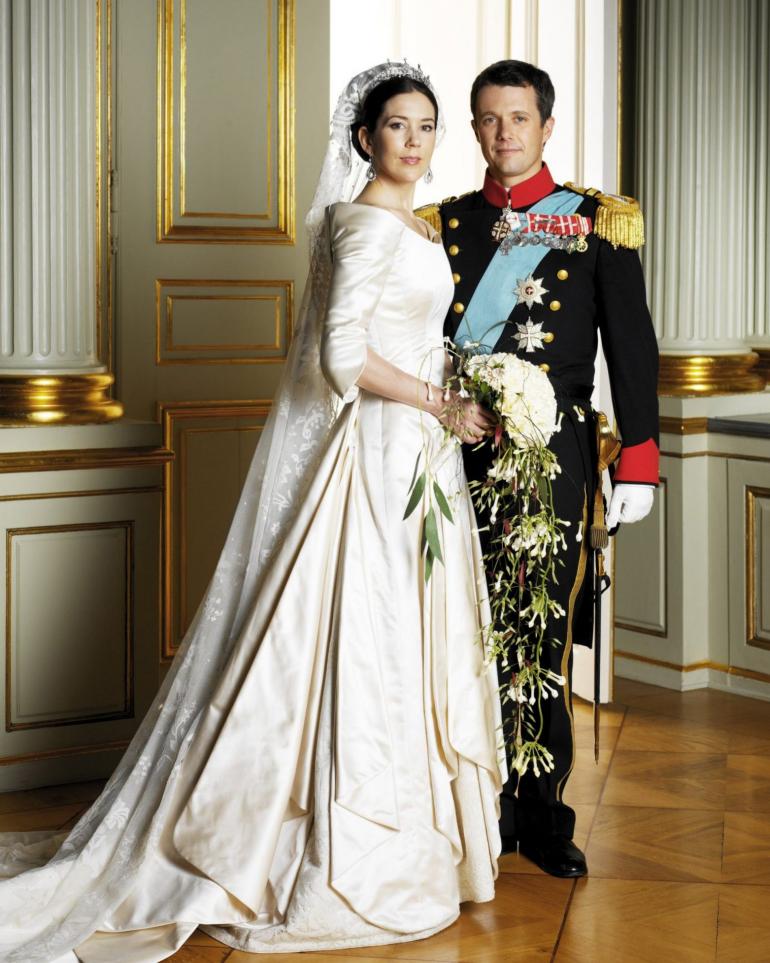 3. Mary, Crown Princess of Denmark
Who was she wearing? Danish designer Uffe Frank
What did it cost? The cost was never announced but according to rumors it was in the $900,000 ballpark
In a story not unlike Harry and Meghan, Prince Frederik met Mary while on a trip to Australia, her native country. Mary’s ivory dress was made of beautiful duchess satin and featured a boat neck. Her bridal bouquet included eucalyptus, to symbolize her Australian heritage. 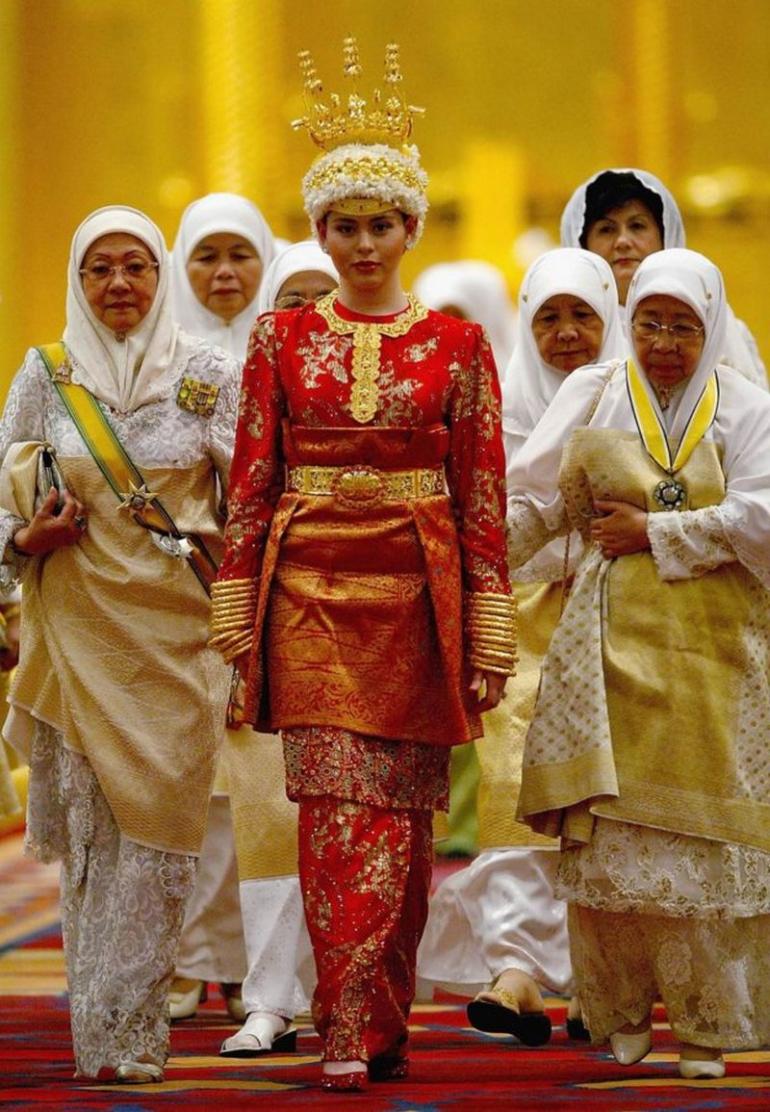 2. Princess Dayangku Sarah of Brunei
Who was she wearing? She wore five outfits created by different local designers
What did it cost? $4 million
This Asian princess married into the royal family of an oil rich country, so there was never any doubt that each of her outfits would be more lavish than the last. She was most photographed in a blue outfit but also wore a resplendent red gown and a richly detailed yellow outfit. 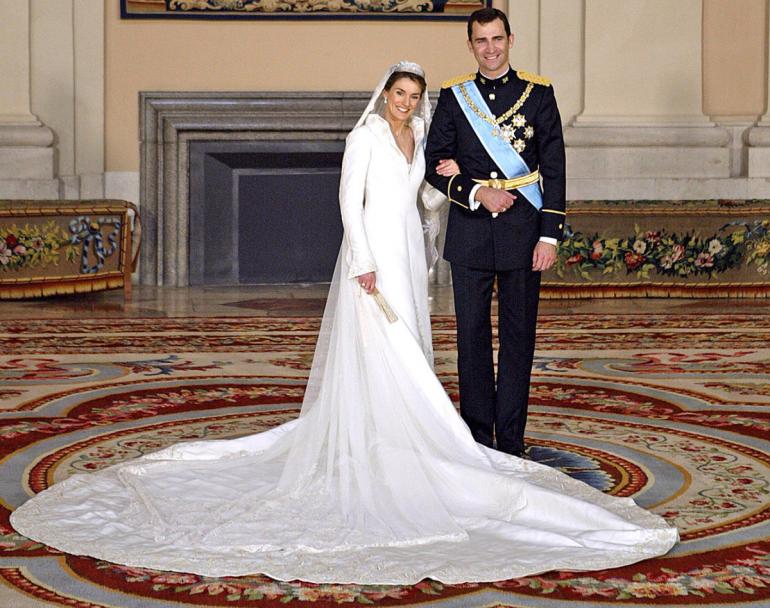 1. Queen Letizia of Spain
Who was she wearing? Spanish designer Manuel Pertegaz
What did it cost? $8 million
Letizia definitely used her big moment to make a grand entrance, her natural silk dress featured a dramatic 14-foot train! It featured gold detailing at the hem and fleur de lys embroidery.