NFT’s, or Non-fungible tokens, are the new ‘IT’ thing, a prominent part of pop culture and a seemingly permanent piece of the future, at least for the art world. The first-ever NFT was created in 2014 by Kevin McCoy, a digital artist dubbed Quantum. Nearly eight years later, most of us are still confused about NFT’s. The ones who have got the hang of it are making the most of it. Everyone has jumped onto the bandwagon from luxury brands, people in business, geeks, art connoisseurs to even the Trump’s. Dolce & Gabbana’s took NFT to the runway. Their debut collection itself made a whopping $5.7 million. Melania Trump is raising money for foster care charities by selling watercolour paintings of her eyes as NFT. Fashion lovers unable to get their hands on a tangible Hermes Birkin bag are happily settling for an NFT of the coveted handbag. Not just bags, the NFT craze is spreading like wildfire and someone actually paid $650,000 for an NFT of a luxury yacht. To understand this prevalent aspect of technology better, we have listed below a gist that bridges the gap between these various buzzwords and parts of non-fungible tokens and introduces you to the most expensive NFT’s sold in 2021:

What are NFT’s?
People have been collecting art in its physical form over several centuries; NFT’s allow it on a digital platform. Essentially, it’s a digital form of practically anything from a drawing, a tweet, memes, a picture, or video. You become the sole owner of the digital art, and the digital ledger also provides a public certificate of authenticity or proof of ownership. Ray Brown, market analyst at CoinSpot shared with Man of Many, “NFTs are designed to give you something that can’t be copied: ownership of the work (although in some cases, the artist can still retain the copyright and reproduction rights, just like physical artwork). To put it in terms of physical art collecting: anyone can buy a Monet print, but only one person can own the original.” Fungible means non-replaceable, meaning an NFT is not interchangeable for another. NFT is secured and stored on a public blockchain and created on well-known blockchains like Bitcoin and Ethereum. 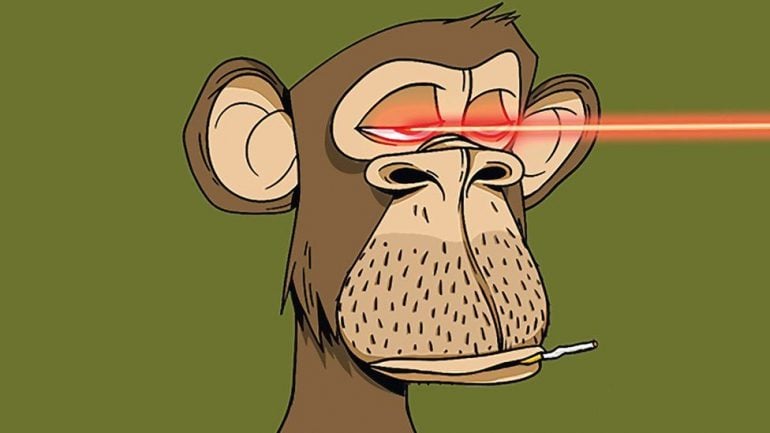 How do the NFT’s work
NFT’s are here to stay, so we need to know how they work! NFTs are not mutually interchangeable, and that’s what the non-fungible part means. NFT’s make it easy for artists to take proper ownership of their digital work. You can buy Banksy’s painting and put it up a wall, and you’re the owner. But when art is digital, there was no effective instrument to track ownership of these original items until NFT happened. It opened the gates for artists to monetize their digital creations. As an NFT, your article becomes inseparable from a “token”. Your creation comes with an authenticity record, a proof of ownership, making it impossible to fake, plus it exists in a secure, shared database, blockchain. NFT’s can be copied, someone might take a screenshot, but this ownership comes in handy if you’re hoping to trade it for profits in the future. A screenshot holds zero value, then. The NFTs you create and buy live in your wallet, and with the help of an app, you may connect to a marketplace, make transactions, send NFTs to someone etc.

The future of NFT’s is bright:
No matter your reason for getting in on the NFT game, its future looks promising. Some are hopping on the wagon to look involved. Then some take the NFT business seriously, and its more to do with artists and creators who have struggled with ownership of their work for the longest time. Others see it as a platform to innovate and get a foothold in the ever-growing crypto industry. The music and gaming industries are examples of communities where players look to revolutionize the industry altogether. NFT’s provide people with a whole new income stream and help them make good money. According to Man of Many, NFT’s create opportunities for new business models that didn’t exist before. Artists can attach stipulations to an NFT to ensure they get some of the proceeds every time it gets resold and remove the fear of counterfeiting.

Here are the the most expensive NFT’s sold in 2021: 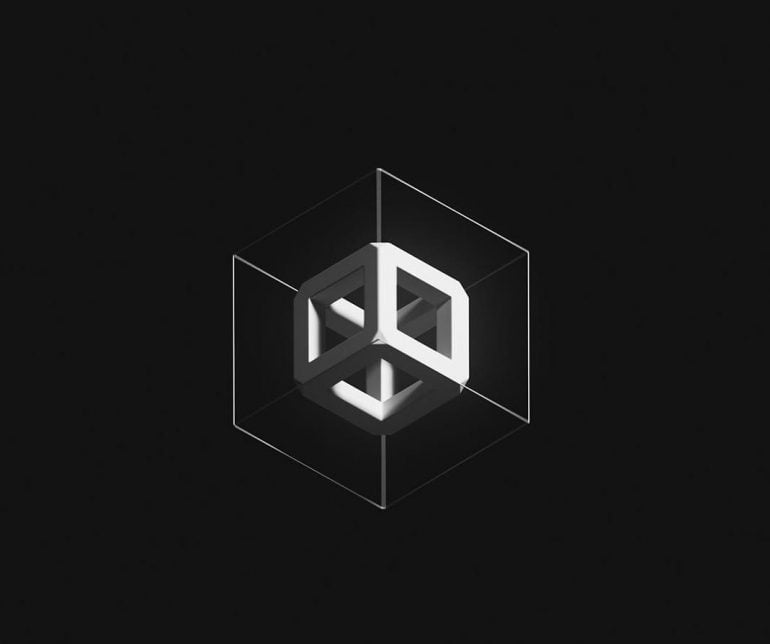 Pak, Sotheby’s Nifty Gateway, $1.3 million
The Fungible collection by digital artist Pak was the first time a major auction house like Sotheby has linked up with Nifty Gateway. Sotheby’s said the sale of Pak’s “Fungible Cubes” will be available at the starting price of $500, and collectors will be able to purchase as many cubes as they wish. The buyers of the fungible cubes will receive an NFT containing Pak’s artwork. 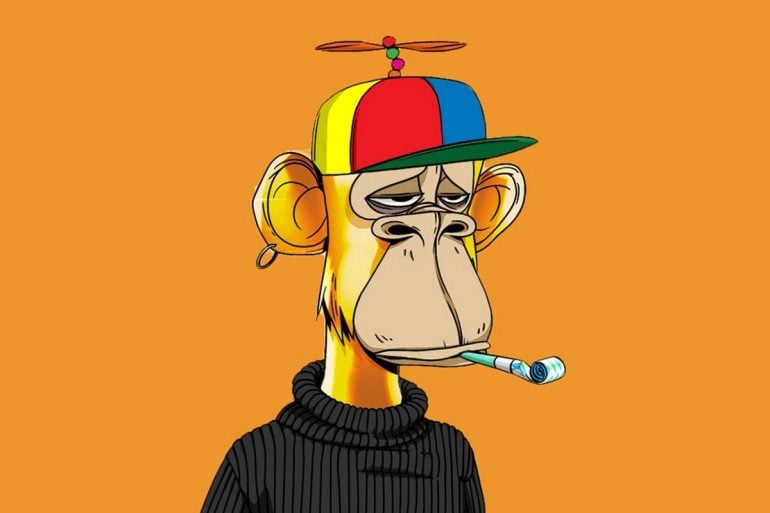 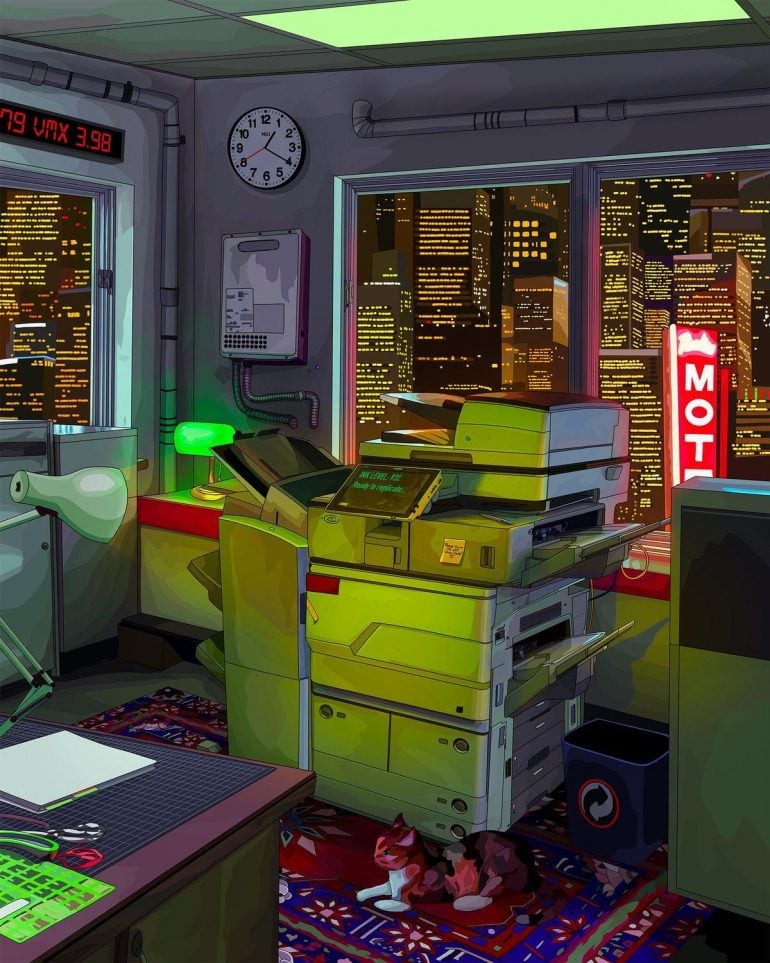 Mad Dog Jones, Replicator, Phillips, $4.1 million
With Replicator NFT, Mad Dog Jones became the most expensive living Canadian artist. The bidding started at a mere $100, and 16 bidders battled it out over two weeks till it went to a bidder for $4.1 million in the last 5 minutes. As the name suggests, the REPLICATOR generates a new unique NFT every 28 days. It comes with a total of seven unique generations of artworks. The first generation NFT is set to produce six NFTs at the rate of one per month, with each generation unique to the rest. 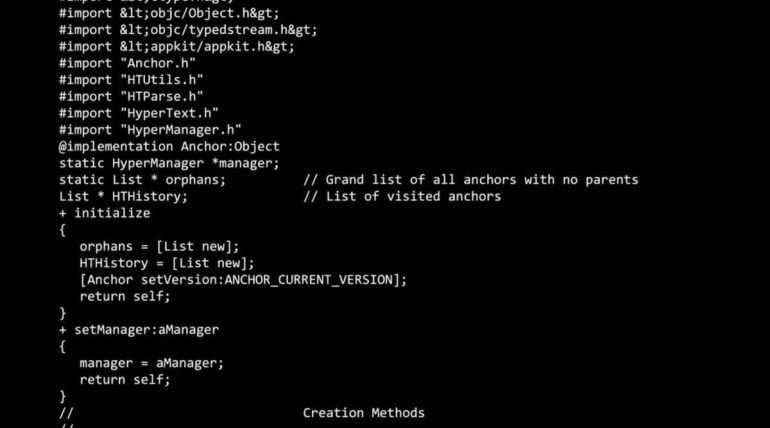 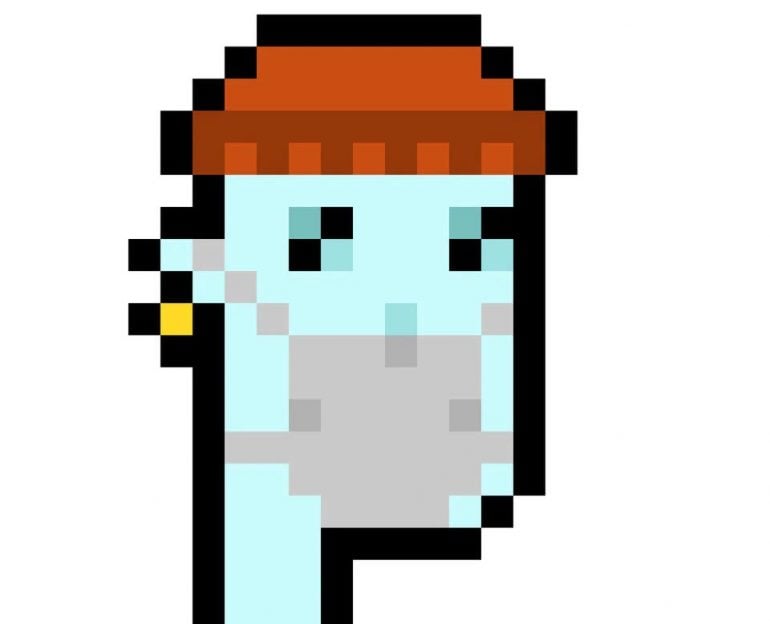 Larva Labs, CryptoPunk #7523, Sotheby’s, $11.8 million
Like we mentioned above, the pixel-art featuring the alien-like blue guy wearing sunglasses was the most popular. If the entire set of 9 went under the hammer for almost $17 million, the “CryptoPunk #7523” alone was sold for $11,754,000 as part of the Sotheby’s online auction “Natively Digital: A Curated NFT Sale.” 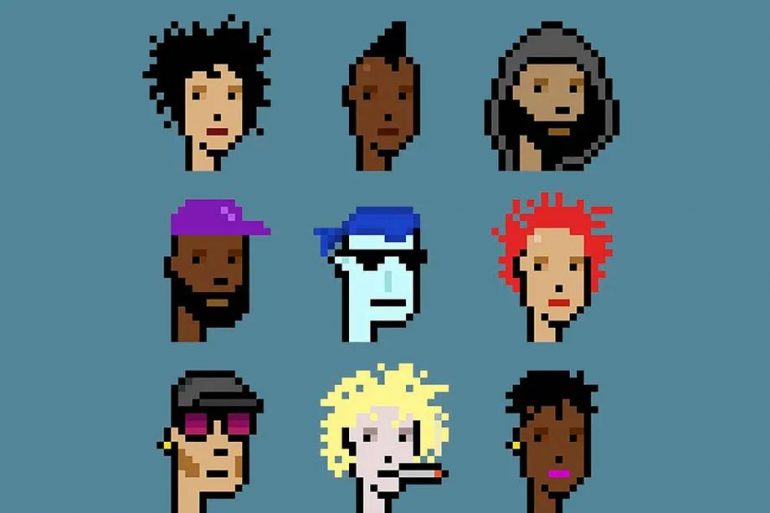 Larva Labs, CryptoPunks, Christie’s, $16.9 million
CryptoPunks has gained immense popularity over time. This bundle of nine small pixel-art portraits out of a vault of 10,000 was sold for nearly $17 million. This particular NFT was sought-after for including CryptoPunk 635. One with a blue face and sunglasses is one of just nine “alien” punks in the CryptoPunk collection of 10,000 characters. 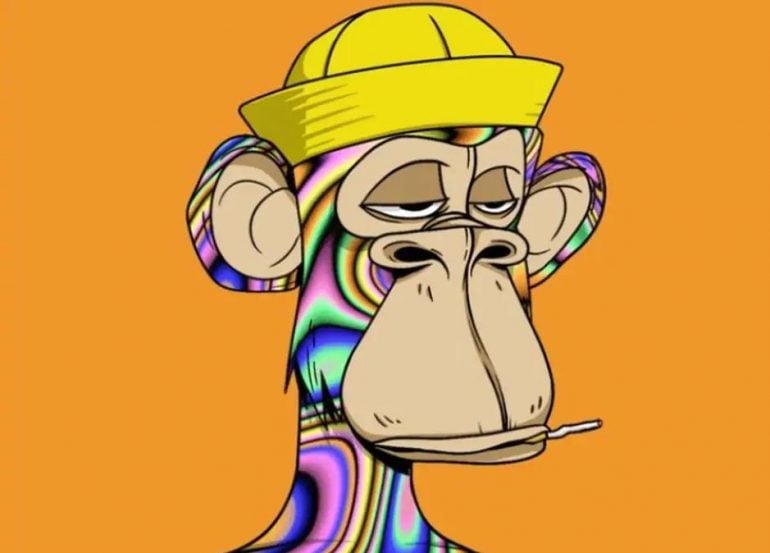 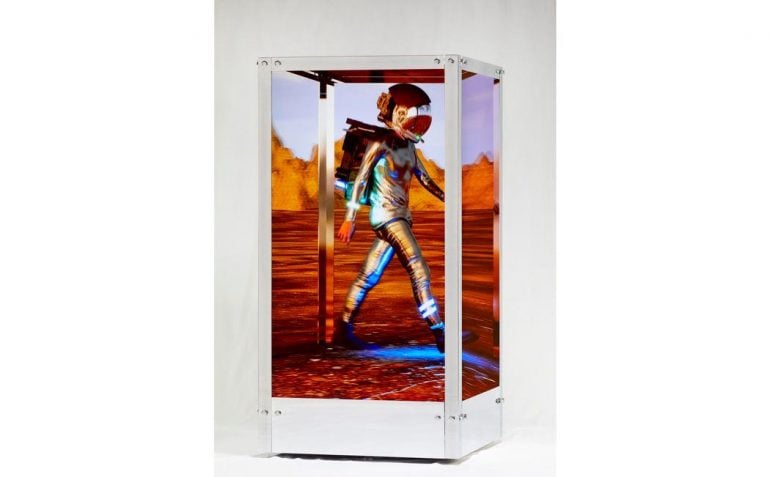 Beeple, HUMAN ONE, Christie’s, $28.9 million
HUMAN ONE was a 3-D video sculpture that went home to an online bidder in Switzerland via a Christie’s auction. It took three minutes to get his hands on a 7-foot-high sculpture featuring dystopian imagery. This hybrid piece of art shows a pacing person clad in silver garb wearing what appears to be a space helmet. The figure walks determinedly through changing landscapes projected on four walls of its 4-foot-by-4-foot box. 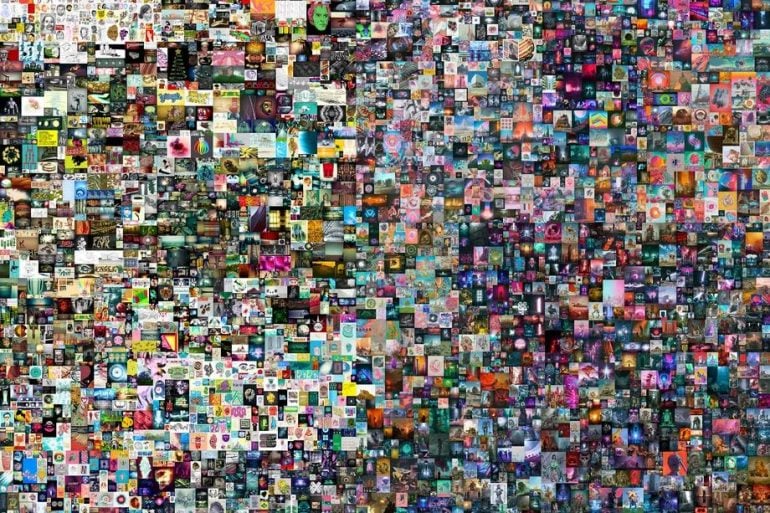 Beeple’s The First 5000 Days,” Christie’s, $69 million
Mike Winkelmann, a digital artist known as Beeple, didn’t have much to show for his work in terms of monetary success till a few months back, and then NF’s happened to him. An NFT of his work sold for $69 million. Christie’s called him among the top three most valuable living artists after this record-breaking NFT sale. He created artwork and posted it online daily for 5,000 days straight. The NFT is a jpeg that amalgamates it all into one aesthetic whole.