As it usually happens, serendipitous chance encounters create history, and the story of Hermes’ Birkin is no different. In the year 1983, on a Paris-London flight, the chic British – French actress, Jane Birkin sat next to none other than the late Jean-Louis Dumas, who was the chief executive of Hermes at the time. 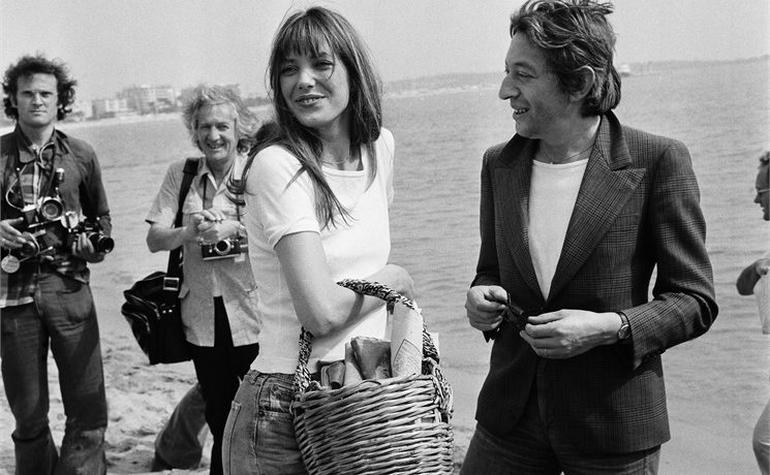 Jane was a popular actress, songwriter, and a model of her times and rose to international fame for her tumultuous relationship with the bad boy Serge Gainsbourg. It is said that on the plane, the contents of Jane’s beloved straw basket fell out in front of Dumas and she ended up agonizing with him over the lack of a good practical leather weekend bag. This dialogue leads to the germination of a revolutionary idea and Dumas quickly sketched out ‘a supple and spacious rectangular hold all, with a dedicated space for baby bottles’ with his new muse during the short journey. And that’s how Jane Birkin’s namesake Birkin bag was conceptualized; it was launched in the next couple of years and went on to become the kingpin in the world of uber-luxe bags 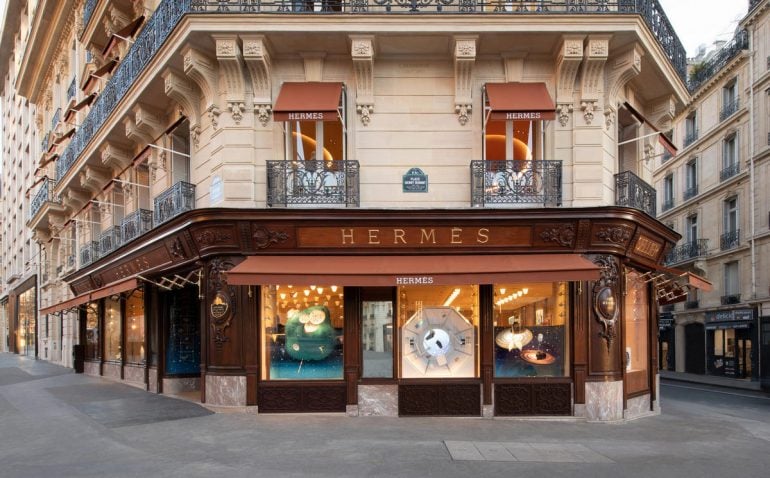 Let’s get to know Hermes:
Hermes had its humble beginning as a harness and saddlery workshop in 1837 under the founder, Thierry Hermès. But the business grew considerably when his grandsons, Adolphe and Émile-Maurice Hermès took over the reins upon his demise and Hermes began its retail journey at the now-iconic flagship location at 24 Rue Faubourg Saint-Honoré in Paris. By the 1900s, when luxury fashion was at its hilt, Hermes broadened its offerings to include ‘saddle-stitched luxury goods’ and it’s the first-ever leather bag- the ‘Haute-à-Courroies’ (to be known later as Birkin HAC, the larger predecessor of the modern-day Birkin) made its foray into the world of ‘equestrianism luxury’. Over the years, with every change of hands and management, the illustrious house grew by leaps and bounds and expanded its range to include scarves, created the famous interlocking H logo, introduced France to a cool new tool called the ‘Zipper’,
( Émile-Maurice discovered it in the States and the Fermeture Hermès or the Hermès fastener was used in 1918 on a leather golf jacket for Edward, Prince of Wales. Hermes basically become a front liner in the luxury goods market with its efficient and classic offerings. A paradigm shift in public perception took place in1956 when princess Grace Kelly was photographed carrying her Hermes bag, unsuccessfully trying to cover her baby bump. That photograph catapulted Hermes bag to royalty status and the bag was rechristened as the Kelly bag after becoming all the rage with the society ladies. And in the 1980s, Jean-Louis Dumas added its most coveted jewel, the supernova Birkin (named after his muse) to its kitty. For a bag that’s not more than a couple of decades old, the desirability to own one is unsurpassed and unrivaled 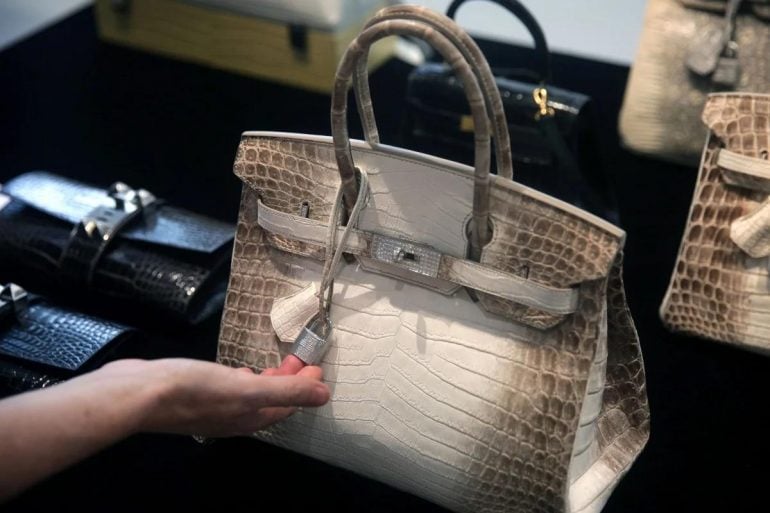 So what makes the Birkin bag so special?
Craftsmanship:
The Birkin boasts of master craftsmanship, each bag is painstakingly hand-stitched for over 24-48 hours in different types of leather like calfskin, lambskin, and also exotic leathers like ostrich, alligator, and crocodile. Since the Birkin was originally positioned as a travel bag for the jet setters, it had a lock and multiple pockets to fulfill the deep desire for functionality as well. The color palette is extensive with Black, Etoupe, and Tan being the preferred choices as they can be used more regularly compared to exotic skins. It came in three standard sizes earlier- 30, 35, 40 cm earlier but has evolved over the years to include newer variants like the larger Shoulder Birkin, the Birkin Cargo, the Birkin Shadow, and the clients have the option to customize the color, texture and hardware options to suit their whims. 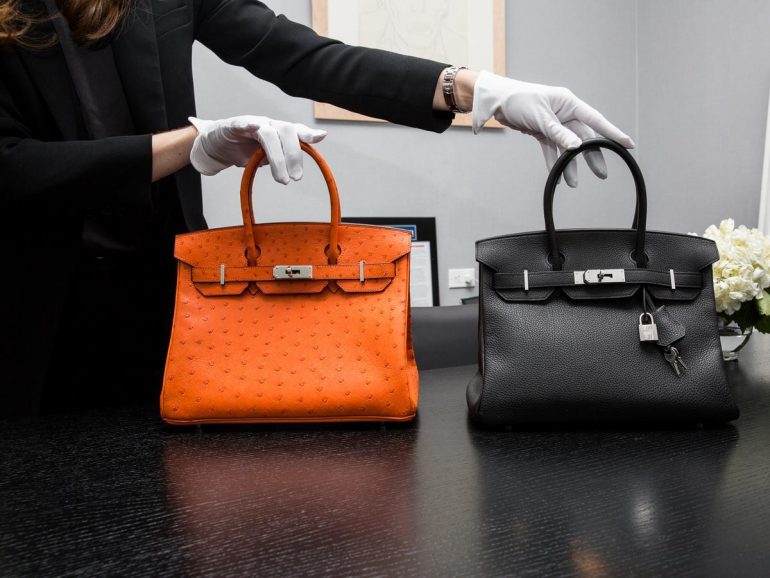 Investment value:
Needless to say, the Birkin costs a pretty penny, the prices have risen steadily from 1984 when it cost around $2000 to $11000- 12000 in 2018. That’s an astronomical rise of approximately 14 % rise over the years and over 500 % percent since it was created. This is why the Time magazine and industry experts like Baghunter proclaim that buying a Birkin a less risky and a more rewarding investment than stocks! 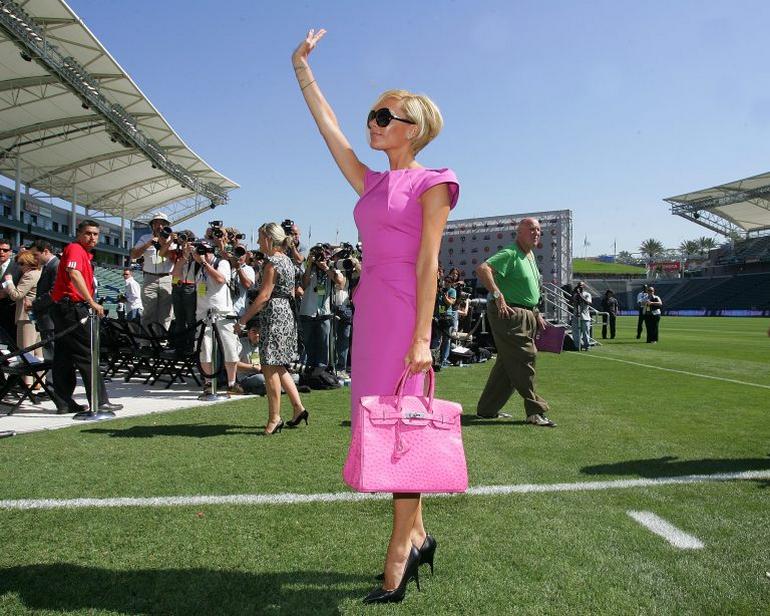 Perceived value:
At these prices, how is it a favored arm candy of every A-lister worldwide? The answer is simple, it’s a masterstroke of creating scarcity following simple economics of demand and supply. You just can’t stroll into their store and pick out a Birkin as you would in other high-end stores, you need to prove your sycophantic loyalty to the brand and fawn over their staff or be a ‘IT girl’ who has connections. Hermes has mastered the formula to create the ultimate yearning in its clientele. It’s elusive, it’s priced exorbitantly high, it doesn’t follow fickle trends, and is never discounted. Hermes also takes pride in creating a limited number of bags every year, this adds to the overall brand allure

That’s why it’s not visible at every lunch or parties like a Chanel or Louis Vuitton, it’s not easy to acquire! Many clients can afford this hefty price tag, but don’t have access to the Hermes network. Birkins have been featured as status symbols in iconic TV shows like Gossip Girl and Sex and the City. Fashion icons like Victoria Beckham take pride in flaunting their extensive collections of over a hundred bags while Kim Kardashian and her offspring are photographed often creatively using their bags. 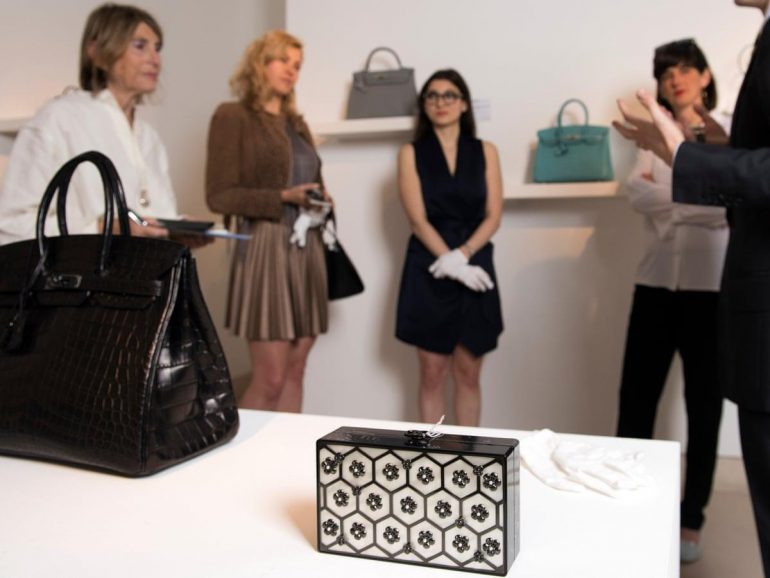 So how does one get hold of this exclusive bag?
So what happens when there is too much money chasing too few bags and in-store purchases aren’t a possibility? Another market opens up, the resell market! Big e-commerce sites like Farfetch have a whole section which sell preloved Birkins but not at reduced prices. In fact, they sell at a premium! This channel provides an avenue for those moneyed yet deprived women who want to buy the bag but don’t have access to it otherwise. This market also allows sellers to also cash out with a tidy profit.

Another way to acquire this legendary bag is via auction houses. Certain Birkins shatter their estimate like timeless treasures. For instance, in 2019 the Crocodile Birkin 35, encrusted with 200 diamonds and gold buckles sold for double its estimate at a Christie’s auction. 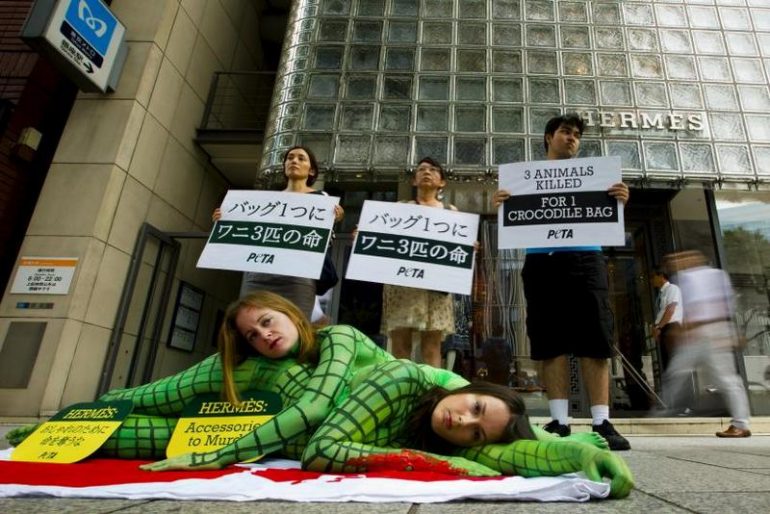 Controversies:
However, the reputation of the Birkin bags isn’t entirely untainted. Back in 2015, the world witnessed a very public spat with its biggest brand ambassador, Jane Birkin herself. Birkin wanted to detach her name from the Birkin Croco, after watching PETA‘s video on cruel animal practices. Though this was a minor blip in their otherwise pristine reputation, animal activists haven’t stopped shaming Hermes and the celebrities for promoting Unethical Consumerism

What is next?
The Birkin’s sales surge in the primary and secondary markets hasn’t waned despite the hurdles but the journey ahead remains to be seen. While the flamboyant girls who still like to exhibit their trophy- bags continue to clamor for the Birkins, there is a burgeoning ethically conscious society that prefers minimalism and quiet branding. And with world resources drying up in 2020, will the Birkin lose its sheen or continue to be the unattainable beauty that it is? Only time will tell!