Breaking the internet has been a thing of late; a lot of people do everything in their power to break it but no one can break it like Jenny from the block. JLo has managed to do so by wearing an iconic dress by Versace. It’s not just any dress, Lopez hit the runway at Milan Fashion Week Friday in a green, jungle-print Versace gown. It was a reincarnation of the leaf-print dress that Jennifer Lopez infamously wore to the Grammys in 2000, with a runway show celebrating the oft-repeated tale that the dress led to the creation of Google’s image search function. From what we have heard this was too was rather great, just before Lopez emerged, the walls of the venue were digitally programmed to show Lopez asking Google to show her images of the jungle print Versace dress. Afterwards, she asked Google to show her the real dress in person, which is when Lopez appeared and as expected the crowd went berserk. 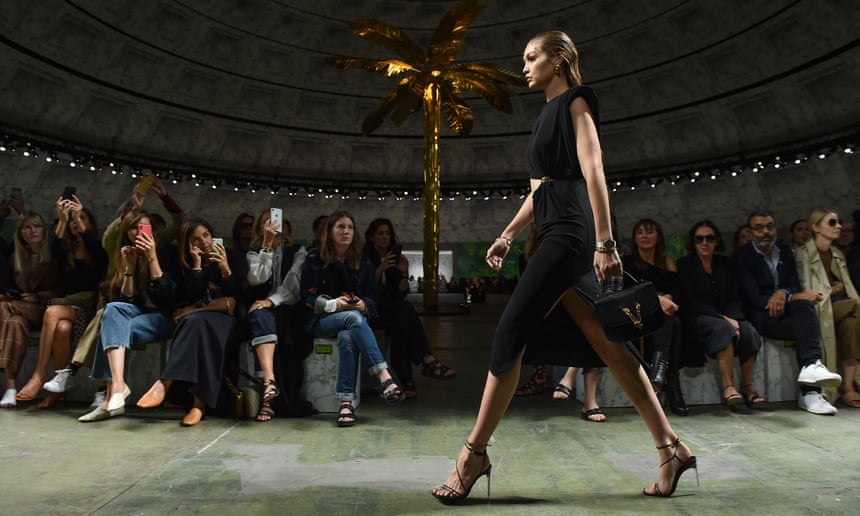 The awesome event also included the designer and her muse in their element together. After ripping the runway solo, Lopez joined Donatella Versace for another lap around the star-studded catwalk. “It’s been fabulous to walk with you tonight,” Versace wrote on Instagram.

Tags from the story
Jennifer_Lopez, Versace