Louis Vuitton has made headlines in the past for their luxe trophy trunks for the FIFA World Cup trophy, the League of Legends world tournament, and set a new benchmark by creating the first-ever travel case for the league’s Larry O’Brien Trophy, given out to the winner of the NBA Playoffs last year. After these glorious trophies, the French Maison has created the trunk for the Monaco Grand Prix trophy, as part of a linkup with the Automobile Club of Monaco ahead of the Formula One Grand Prix on May 23. The winner of this year’s highly-esteemed race will be presented the triumphant trophy in a Riviera-inspired Louis Vuitton trophy travel case, built in the Maison’s long-standing Asnières studio just outside of Paris. The trunk comes in a monogram canvas in red to honor the Monaco flag. It is heightened with an enlarged letter V, for victory, in praising red and white stripes. 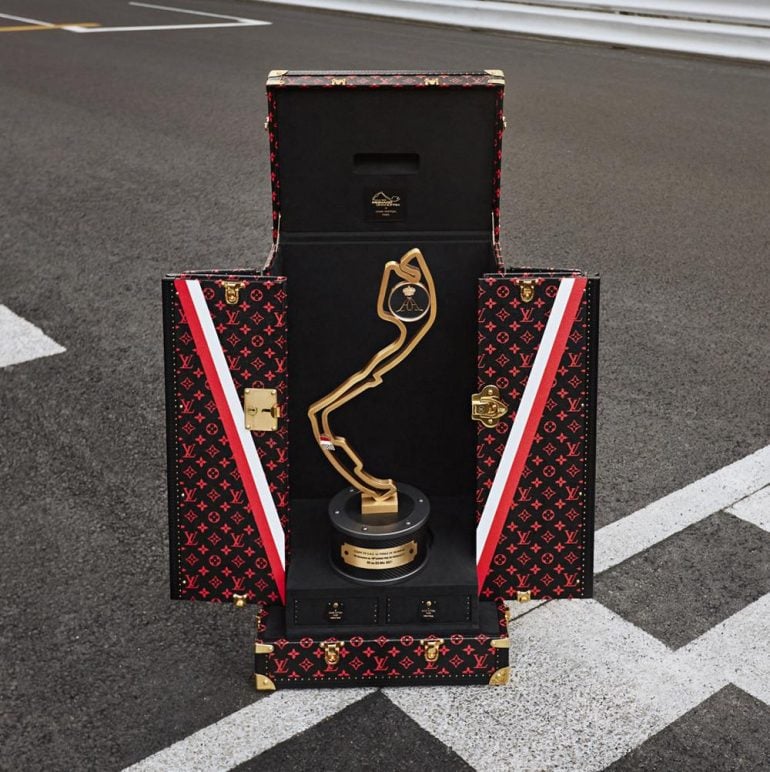 Louis Vuitton Chairman and CEO Michael Burke in a statement, “At almost 300 kilometers per hour (186 mph) between the rails, it’s the Formula 1 Grand Prix that all drivers aspire to win one day. Today, we are proud to be associated with the race and to together start writing a piece of history. The trophy trunk epitomizes ‘Victory travels in Louis Vuitton’ — witnessing the next victories and continuing to carry legends.”