A girl can never have enough bags in her wardrobe! Even if a similar bag is up for grabs, she needs to have it in a newer version. And especially if it’s a stunning leather version of the Louis Vuitton Multicolore Courtney, there should be no second thoughts! Named Fuchsia Courtney MM, this new version is made of Monogram completely embossed fuchsia calf leather. However, the bag spots different stud placements and has done away with the leather straps that wrapped the Multicolore Courtney bag, making it a Monogram Stephen bag look-alike instead. 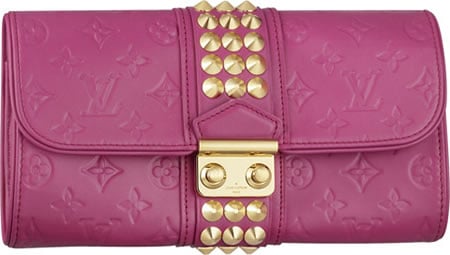