If we are to compare, I don’t think anyone will doubt the fact that clothing for women is generally more expensive than men’s wear, especially in the case of undergarments. In fact, it’s quite common for top tier lingerie brands to sell items worth thousands of dollars; however, it will shock people if a men’s underwear comes with a price tag in high double digits. But, guess what? A brand has finally gone ahead and created a men’s underwear that costs a whopping $1000, which makes it the most expensive pair of briefs. For that price, you might expect the underwear to be made of gold, and you’re quite right! The thousand-dollar underwear is embroidered with 24-karat gold thread and is made out of 100% cashmere. 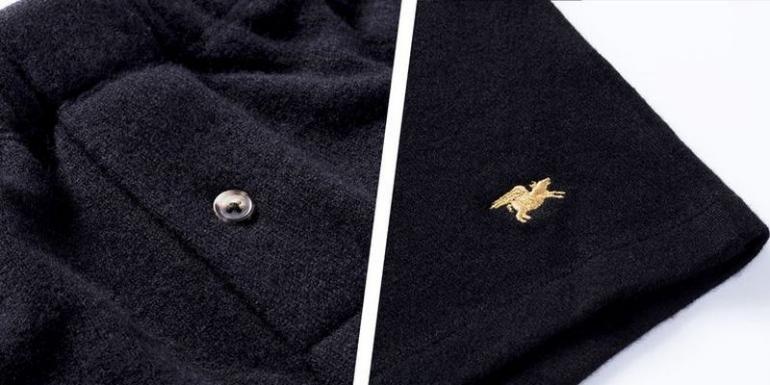 Although, you would expect a top-end luxury label to come up with the world’s most expensive men’s underwear, however, it’s made by a brand called Nice Laundry which isn’t quite known for products with over-the-top price tags. “We didn’t want to half-ass this cashmere boxer,” explains Nice Laundry co-founder Ricky Choi. “We started with 100% cashmere—no wool blend or low-grade stuff —and worked with a team here in New York to hand sew each pair.” The company is also offering the buyers an option to add a personal touch to the underwear with a monogram. Nice Laundry’s new monogramming service allows men to put cool icons on their underwear, and the monogram on the $1000 underwear can be done in gold. “Between the price tag and the laundering instructions (dry clean only!), these might be totally impractical,” says Choi. “But we’re really, really proud of them.”

Tags from the story
Menswear, Most-Expensive