Really, if this is couture, I think I’m buying it. The idea of splurging on couture I mean, not the actual looks, although I wish. Because frankly, up until recently, as much as I was an admirer I couldn’t get myself to picture most of the larger-than-life looks that couture had remained, somewhat limiting-ly associated with, anywhere but the red carpet. And let’s face it- loaning your most glamorous outfit to celebrities’ stylists (or celebrity stylists) is hardly the picture of soaring sales. But after Raf Simons’ Autumn-Winter 2014-2015 Haute Couture showcase for Dior, looks like those trends are about to change. As an example, we have selected seven of the coolest looks for your sartorial reviewing. Also, when you’re done, let’s just say, happy shopping! 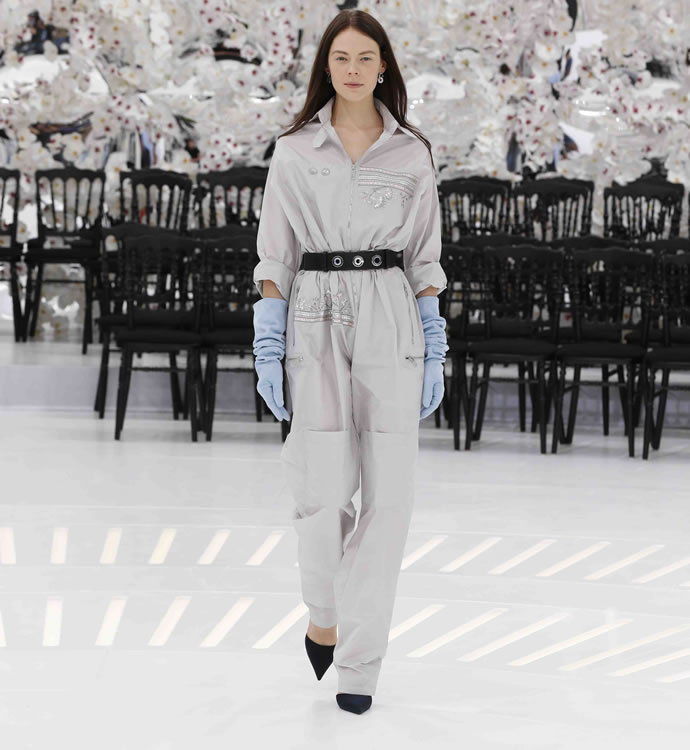 7) Embroidered Dior Grey Silk Jumpsuit
If jumpsuits were originally invented for aviators and astronauts, this Dior silk jumpsuit paired with pageantry hand gloves, while evoking the protective role of each, proves it’s a good thing they made their way into fashion. But this extravagant one-piece is hardly utilitarian, unless we’re counting attending Met Galas and Hollywood movie premiers. After all, those are times you want to look your best. But rarely does one chance upon an outfit that promises the confidence that could only come with being utterly stunning yet comfortable. 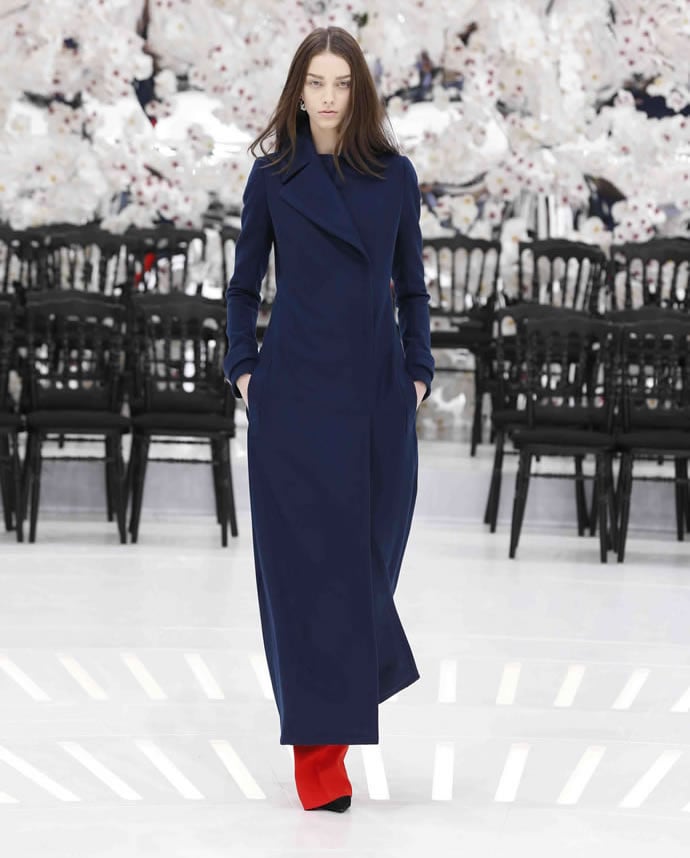 6) Long Navy Blue Wool Coat with Red Wool Pants
Here, we love how Edwardian the coat is and that its length allows for just the right amount of that vibrant pop, perfect for transitioning from Autumn to Winter. Nothing could’ve said modern day couture better and nothing could’ve said season-appropriate better. “What I was attracted to was an idea of architectural construction – that is a very Dior attitude – and how the foundations of one era are based on another, how the future is based on the past; that is what I found fascinating,” Simons explained. 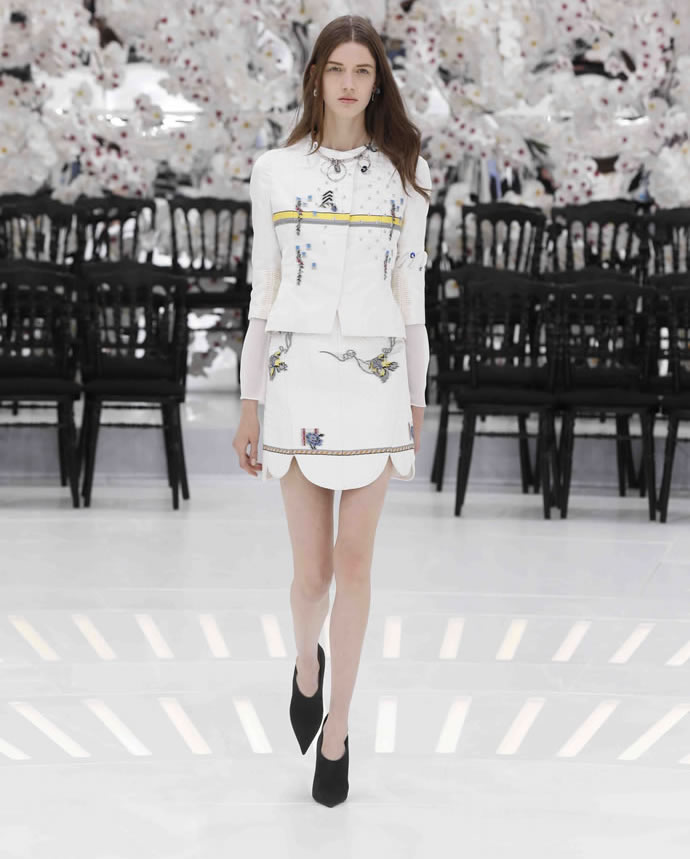 5) Embroidered Off White Pleated and Stitched Jacquard Silk Jacket and Off White Stitched Jacquard Silk Skirt
The collection is also rife with court bodices transformed with some genteel innovation, might we add, into couture miniskirts. The jackets-to-go-with are just as cute and the best part? We can already picture them playfully paired with rolled up boyfriend denims. “I was interested in the process of finding something extremely modern, through something very historical; particularly through a juxtaposition of different themes,” Simons said. 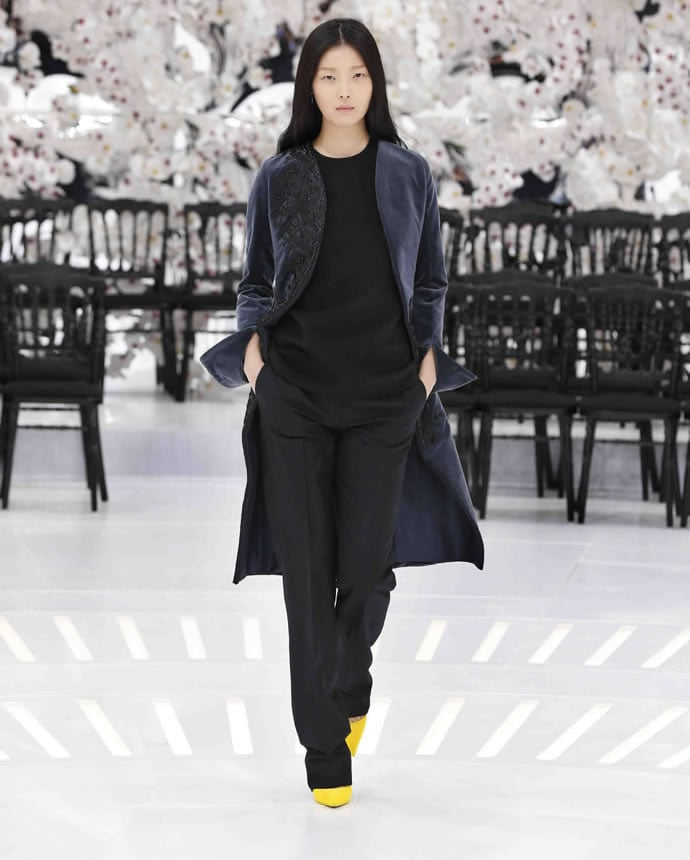 4) Embroidered Slate Cotton Velvet Coat with Black Wool Top and Black Wool Pants
Now with this one, the look goes slightly more severe, yet in sync with the general joyful mood nevertheless. Thanks to some mindful accessorizing, almost all looks deliver with a bit of spunk and in this case, remind us how to get through winter without the fuss and with the embroidery and a pop of neon as well. “I started to think ‘what is modern’? I wanted to deal with a form language that looks to be almost the opposite of my original inspiration at Dior,” continued Simons. 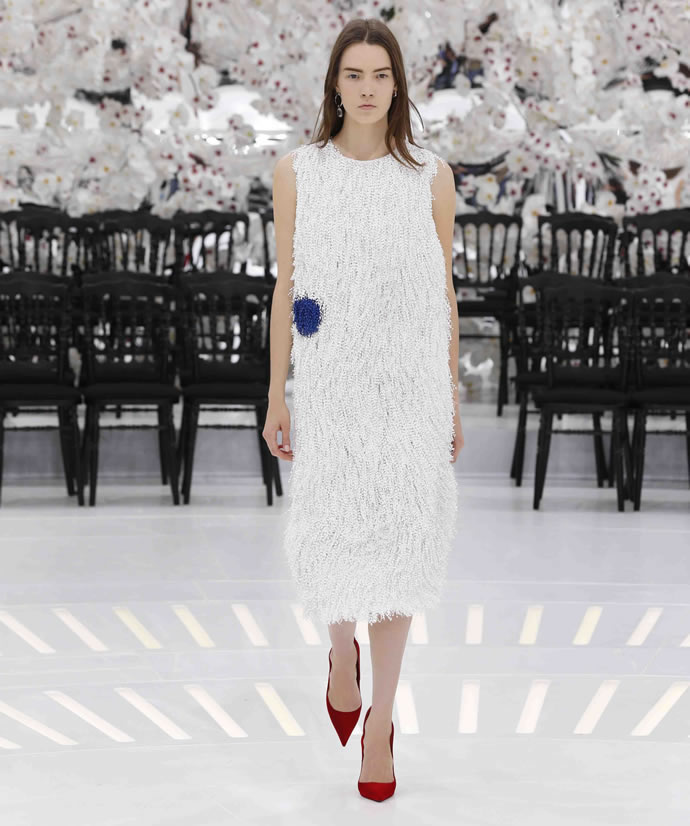 3) Embroidered White and Electric Blue Silk Dress
Now this one’s a personal favorite. The swaying of the fringes may have been repeatedly done since the 1920’s but never like this. And the way the shapeless calf-length piece falls on one’s frame is so completely flattering. That strategically placed ink splotch? What is that if not, technical genius, the way it restricts the eye from starting to find the outfit, go from pristine to monotonous. I can’t imagine a day (‘fat’ days included) when a woman wouldn’t feel 100% glamorous stepping out in this ‘neo-flapper’ dress. 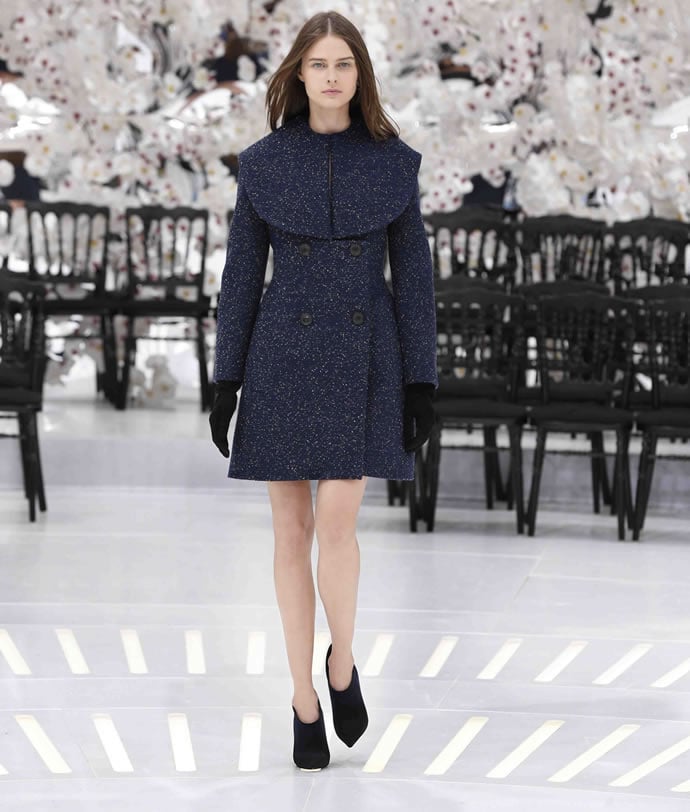 2) Dark Navy Heather Tweed Wool Coat Dress
Those with a penchant for higher hemlines need not leave the fashion at home either. Autumn-Winter is perfectly sailable with a little help from this tweed-wool dress. And the fact that this piece and its voluminous collar allude to the pea coat means that it would fare just as well, in case you decided you want to throw on a pair of pants. “The challenge was to bring the attitude of contemporary reality to something very historical; bringing easiness to something that could be perceived as theatrical. It is the attitude that matters.” 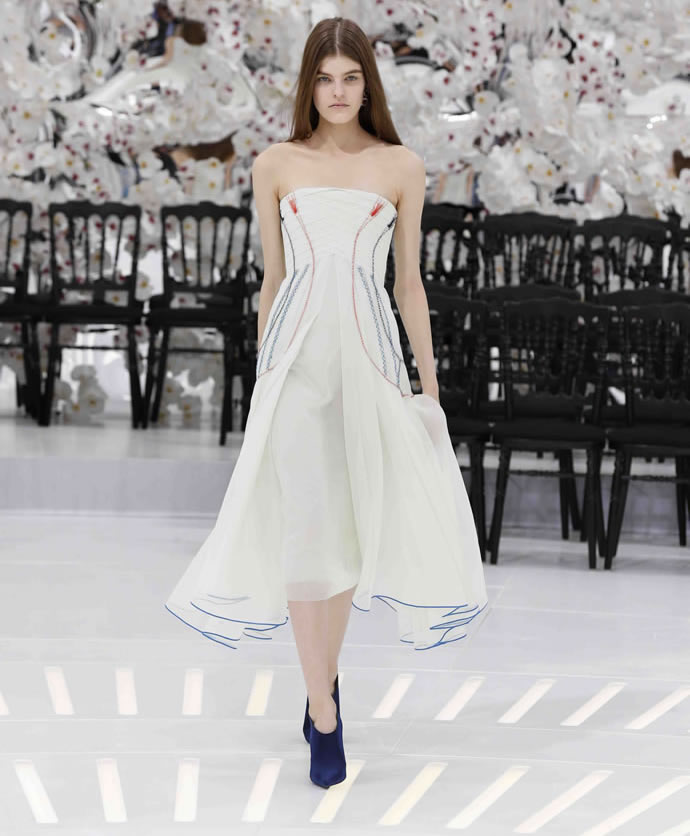 1) Embroidered Pale Green Pleated Silk Dress
And in the end, almost like a, space-age homage, this light as a feather seeming dress – from the pale green color and wispy silk texture, both – provokes and enchants at once. Its vibrant embroidery converging skirt up, over the lush pleats, only to diverge along the bodice, is like a master artisan’s tribute to the feminine silhouette. If you think so too, and you found any truth to other things we said as well, you can continue this eye-opening (or dare I say, ‘widening’?) journey with this fabulous fashion show footage.