When fashion has a painful past, it breeds loath. Not just for the brand, but for the entire industry. Hermes is a brand that women swoon over and go weak in the knees by a mere mention. They stuff their wardrobes with the best of the best exclusive creations, mostly adorning the arms of the rich and the famous, no thanks to its exorbitant price tags starting at half a million dollars and up. I speak exclusively of its Birkin range, and we know the obsession when celebs like Victoria Beckham claim to own a 100 of these. The total worth of her wardrobe could feed a few hunger nations easily. 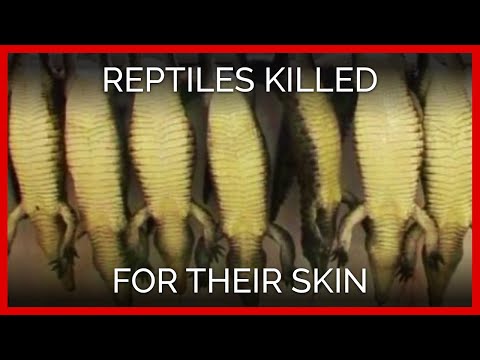 That is stardom, we don’t judge. But what we can and SHOULD judge and act upon is unethical means of producing these luxuries for the earth’s select few so they can waltz in society. Torture is unacceptable, be it on man, or beast. Just unacceptable.

Shocking videos of merciless procedures on animals have been storming the internet and the fashion world and for good reason. People for the Ethical Treatment of Animals (PETA) has released videos taken undercover of brutal killing of crocodiles and alligators at slaughter houses that supply their skin to the French fashion house Hermes. The Lone Star Alligator Farm in Texas and Pagendga Holdings crocodile farm in Zimbabwe (who has a share in the Texas based company) are being taken to court by PETA US who filed complaints with the Texas Authorities over illegal acts of cruelty to animals. 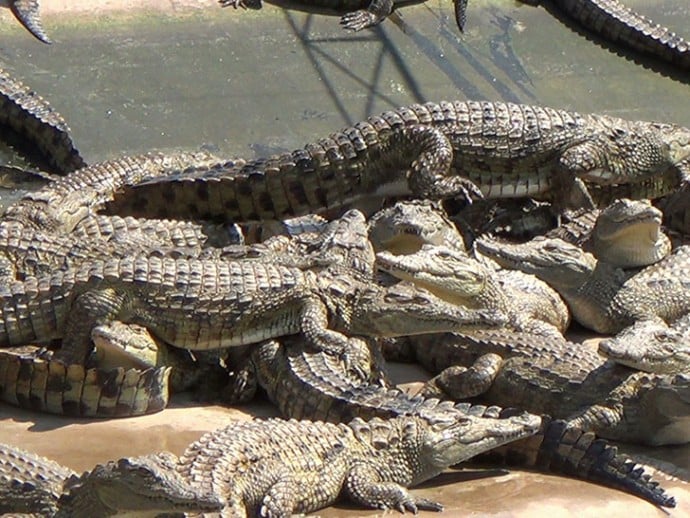 This is what happens apparently: crocodiles and alligators are bred in these slaughter houses, killed and then stripped off their skin and supplied to the fashion industry. There are standard regulations that these slaughter house need to meet, but apparently these two haven’t. The animals are cut from the back and skin from their bellies is ripped off to make these bags. Three crocodiles make for one Birkin. While usually these crocodiles can outlive humans, the reptiles here don’t live longer than three years – the ripe age for the best skin apparently. The video showed horrific scenes of how these unassuming animals are tortured. There snoots are bent so low while holding them straight on a counter top, that the spine gets pushed to the skin wall and then a scalpel is plunged into the spine by which the entire spine up to the tail comes out. It doesn’t end there. Using a rod with a pointed end, the brain is pithed. And the animal writhes in its own and its mates’ blood probably slowing dying of all the shock. 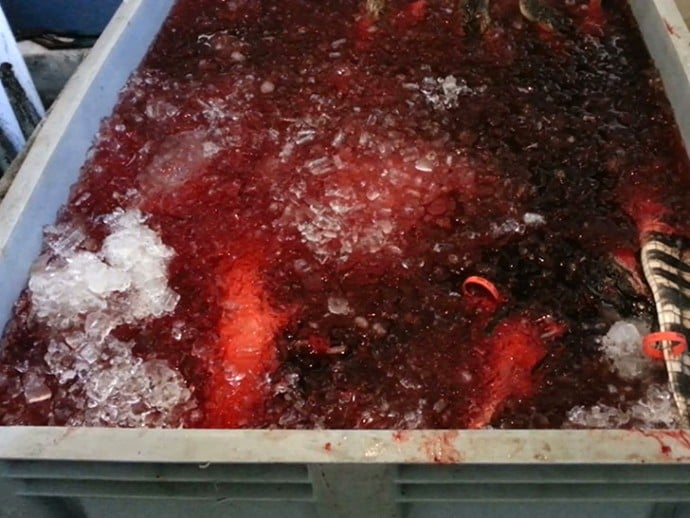 As per Charles Bobby of Pagendga this is all sensationalism and that it is common knowledge that crocodiles wriggle and twitch for 6/8 hours after its death. Also, the alligators are first killed by being shot in the head with a captive bolt gun so they are most likely to be brain dead. But apparently some alligators survive in agony several minutes even after this.

The video is going to have a permanent stamp in our heads whenever we see Hermes or one of their signature Birkin bags. The Texas factory provides the skins for Hermes watches, which has been spotted on famed wrists like Ashton Kutcher and Gwyneth Paltrow.