The third edition of the by-invitation-only, World Luxury Expo, took place with much glitz and aplomb at the Emirates Palace, Abu Dhabi from September 27-29, 2013. The World Luxury Expo series has steadily gained momentum and status in the region, having already had two successful World Luxury Expos, the inaugural event at Burj Al World, Dubai in January 2013 and the second in February 2013, The Ritz-Carlton, Riyadh. Luxurylaunches.com was part of the three-day event in Abu Dhabi, which was officially inaugurated on Day One by HRH Prince Faisal bin Saud Al Faisal. 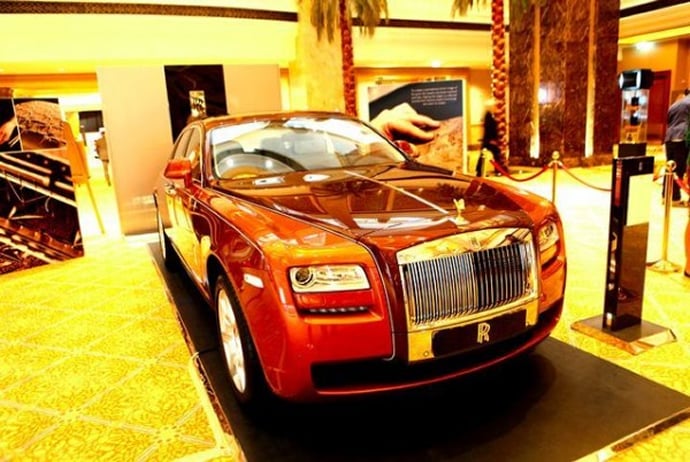 In true Abu Dhabi style, invited guests to the event were welcomed to a grand display of a Rolls-Royce Ghost 1001 Nights Bespoke Edition, which is valued at $436,562. With its Dusk Dawn exterior, 20-inch alloy wheels, and visible chrome exhausts, the luxury vehicle also features a television tuner, front and rear ventilated seats, a panorama sunroof, and seashell interiors. Its Ruby edition was initially meant to be the highlighted display, but it was sold before it even got a chance to make it to the expo. 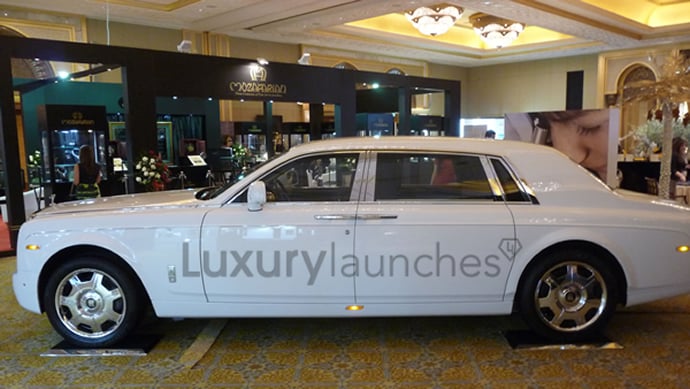 The luxury carmaker also showcased its Phantom Extended Wheel Base, an anniversary edition with only 25 cars produced globally and Abu Dhabi holding 17 of them. The V12 engine has a 453bhp, and at 70 mph, over 90 percent of the power is available in reserve for effortless acceleration. It has a new eight-speed gearbox and gives reduced CO² emissions. 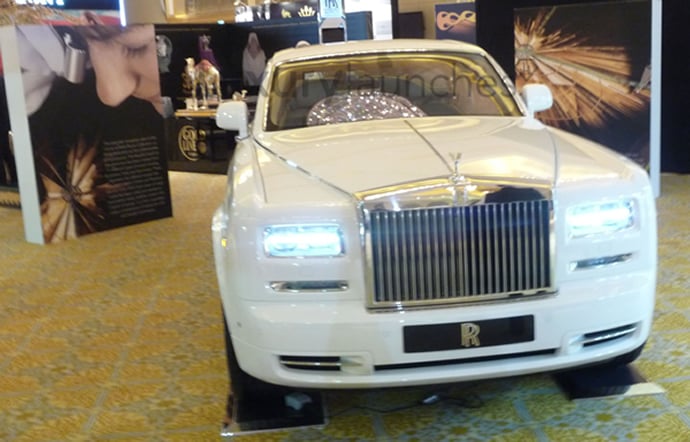 The flying lady, the famous Rolls Royce mascot, is made out of stainless steel. The Phantom is a limited edition due to its signature from the historic Goodwood headquarters in the UK. The car has a skylight feature, giving passengers the impression of a starry night sky, along with a cubbyhole design of fireworks made from interlocking woods. It costs 2.65 million dirhams (€530,000). 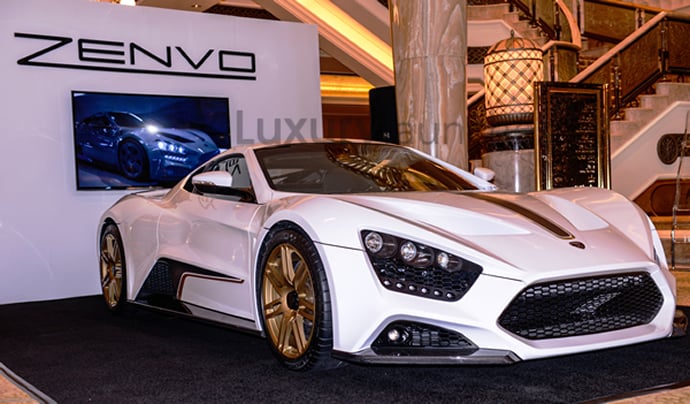 And that was just the beginning. The three-day event saw several luxury innovations make a debut. Among those was the Zenvo ST1 Supercar, which was revealed at World Luxury Expo, Abu Dhabi. This hand-built 7-liter V8 engine supercar has a limited production run with only 15 cars to be built and sold to specially approved customers at $1,000,000. The 100 percent Danish-designed Zenvo ST1 develops 1.104 BHP of power which is controlled at the flick of a switch producing a massive 1.430 NM of torque. 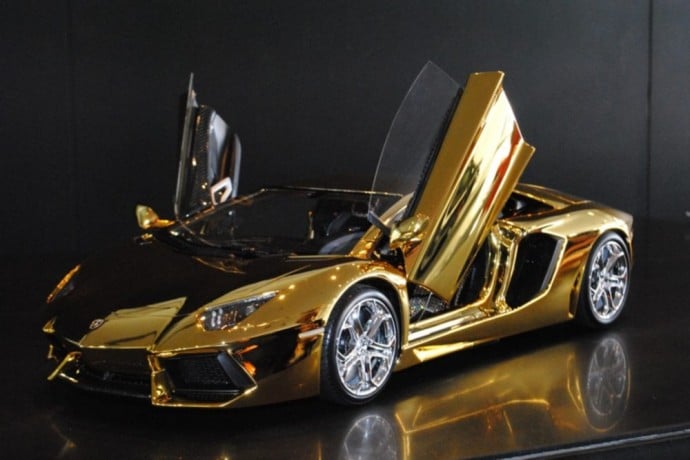 The supercars didn’t stop there. Guinness Book of Record holder for the most expensive and most precious model car in the world, gold and diamond-encrusted Lamborghini Aventador LP 700-4, valued at $7.4 million, also made a presence by model carmaker Dipl.-Ing. Robert Wilhelm Gülpen, whose forte lies in creating luxury car models from solid precious metals such as gold, silver, and platinum for the past twelve years. 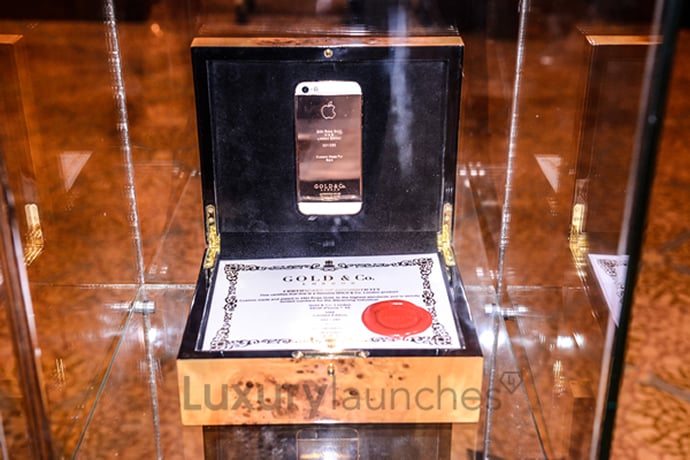 While the iPhone 5S may be just a few weeks old, Gold & Co. London presented the world‟s first 24 karat gold plated Gold and Rose Gold as well as Platinum iPhone 5S at the event. These one-of-a-kind phones are also available at Collectors Palace, Dubai Mall, and Atlantis Hotel, Palm Jumeirah. 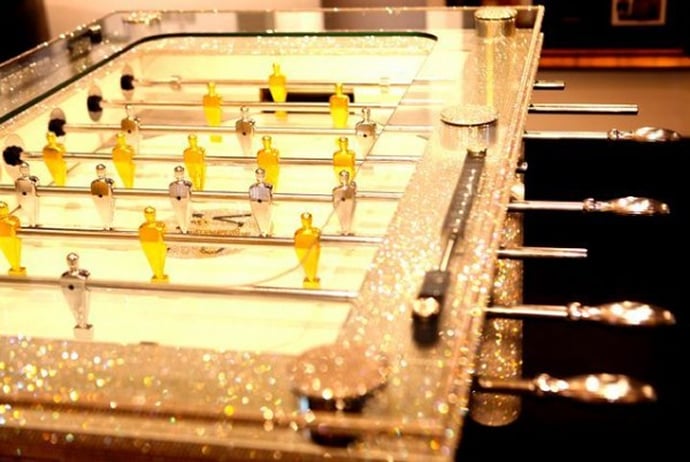 For shoppers, Harvey Nichols, Dubai presented a “Premier Shop” at the event – a pop-up store for distinguished, designer, and limited-edition gadgets, tech toys, entertainment, and memorabilia. The store presented a unique collection of Sonic chairs, Black Light pool tables, Billionaire Gallery memorabilia from the world of sports, cinema, music, and history, to name a few.

300-yr old jewelry house, Mozafarian, showcased The Royal Collection of exquisite casks to commemorate 2,500 years of the Persian Empire. The collection comprises of four pieces, including two pots, a rectangular box, and a picture frame. Working in 18-carat yellow gold Filigree over fine Bohemian crystal, it took ten specialists four years to make. Over 3000 diamonds, rubies, emeralds, and turquoise are incorporated in the intricate designs. The collection’s value is priceless as these are now part of the museum collection. The company also presented a 171 carat Royal Necklace valued at $15,000,000. 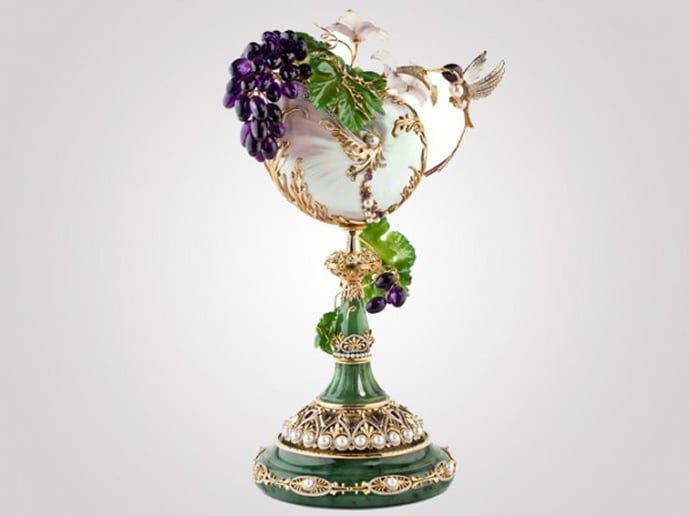 Russia-based Moiseikin Jewellery presented the Horn of Plenty, a tourbillon timepiece worth over $1.5 million. Combining ultra-advanced tourbillon technology with luxury, the Horn of Plenty is regarded to be the most complicated work of jeweler’s art. Worthy of palace interiors, this souvenir dazzles with over 4,144 diamonds and weighing over 30 carats. 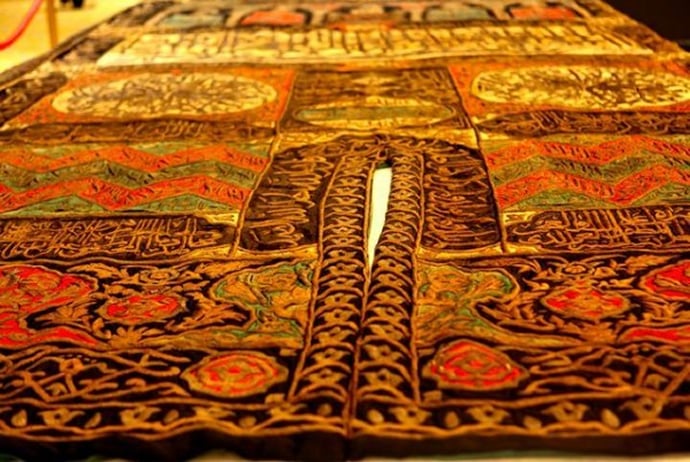 The Sitara of Ka’aba presented by Barakat Gallery was valued at $4,850,000. This magnificent artifact was an external curtain made to cover the door of the Kaab, one of Islam’s holiest sites. The Sitara is made of black silk in a rectangular format and is richly embroidered with gold and silver thread. It is currently available for sale by artist and collector Fayez Barakat, who has a collection of fascinating ancient works of art valued at a total of 1.5 billion dollars.

For some local inspiration, the 200kg of towering gold Arabian Stallion sculpture, made by German-based Company Fine Arts, went on display too. Only nine pieces of the Arabian stallion are available worldwide, and they have been created as a testament to the GCC. Two kilograms of gold cover the statue, which is entirely made of solid bronze and sold at $163,710. 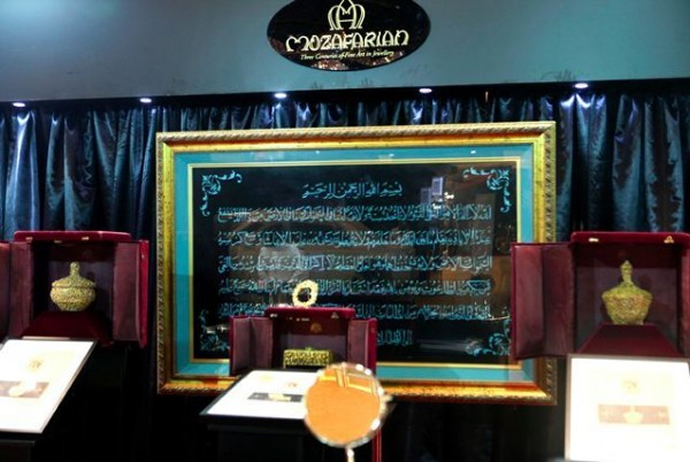 The Ayat Al Korsi was another unique masterpiece crafted from the finest natural Persian turquoise. It took 10 years to complete using two tons of Persian rough turquoise that were hand-selected, cut, and polished to create this work of art in jewelry. The silver frame which outlines the piece has been handcrafted using numerous diamonds, precious and semi-precious gems, and is valued at $20million. 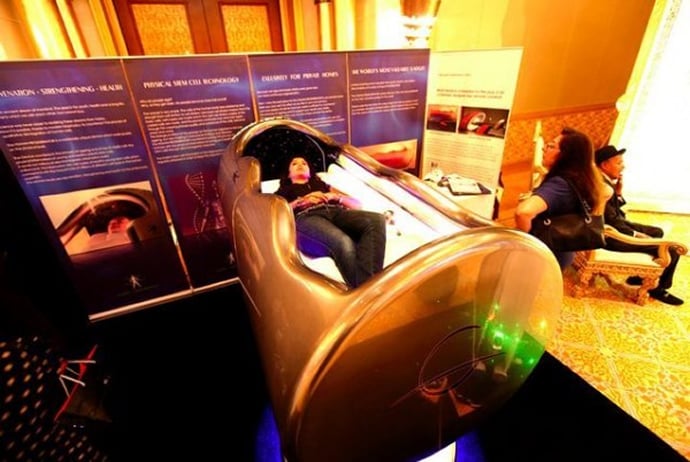 Luxury products aside, an attention-grabbing exhibitor at the event was the Human Regenerator that claims to slow down the aging process. Presented by B5 Art of Living LLC, the Human Regenerator is an innovation from human biophysical medicine using a patented technology, which employs deposits of silicon and aluminum to create anti-aging effects on the human body. The machine is valued at $557,000, while a diamond-encrusted version sells for $9.8 million. 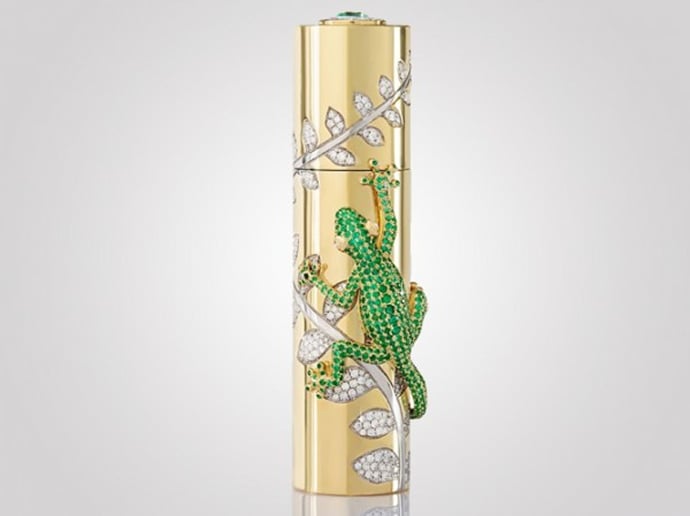 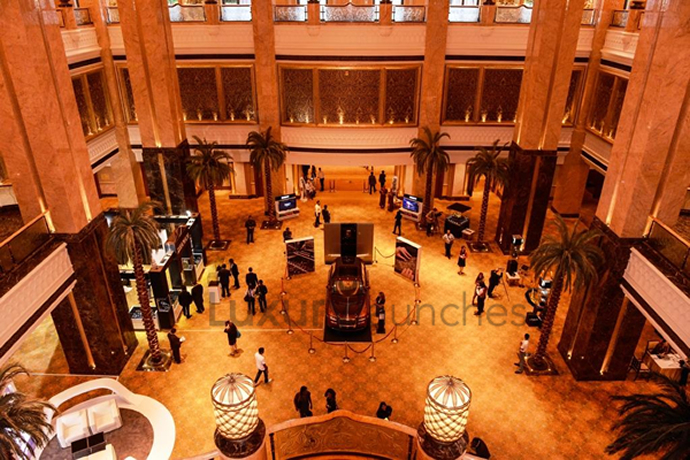 Following the Abu Dhabi edition, World Luxury Expo will continue at the St Regis Doha from November 14-16, 2013, and then go to the Kingdom of Saudi Arabia in 2014, creating an annual signature series of events in the GCC region.

Tags from the story
Abu-Dhabi, World-Luxury-Expo