The new version of Sony’s robot dog Aibo is finally set for a US launch. Come September, you can purchase the new Aibo for $2,899 with three years of Sony’s AI Cloud service, plus paw pads, toys, and a charging station. Aibo now offers a cloud-connected artificial intelligence (AI) engine and advanced image sensors, which means the robodog can learn and recognize faces. The AI will also “develops its own unique personality through everyday interactions” as it learns which actions can bring joy to the owner.

Ultimately this means that while everyone gets the same aibo in the mail, you interactions with it will change it over time to a point where no two are the same. In order to make the pet responsive, Sony integrated a wide range of sensors, cameras and actuators. Ultra-compact 1- and 2-axis actuators give aibo’s body the freedom to move along a total of 22 axes, while deep learning AI technology in the form of built-in sensors (with the ability to detect and analyze sounds and images) give aibo its capacity for adaptable behavior. Owners can expect eye, ear, and tail movements, as well as different voice sounds, plus blinking. 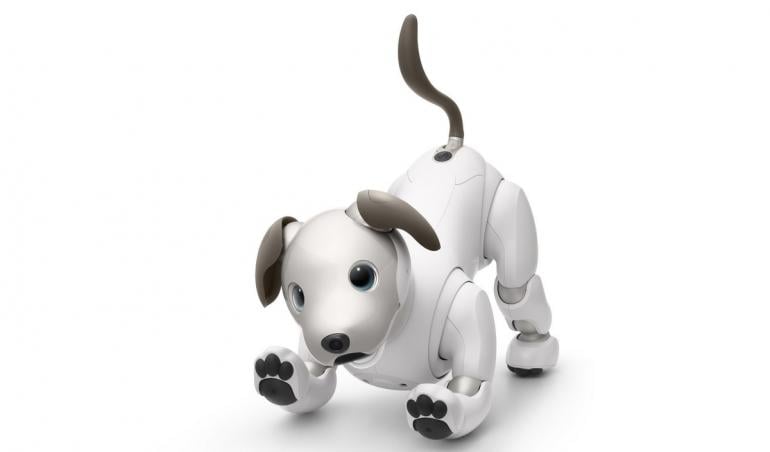 Users can enhance the experience with the My aibo app which offers access to system settings and owner information. You can use the app to view and share aibo’s pictures, and add “tricks” to its repertoire.

aibo will be exhibited at Sony Square NYC from August 24th to October 14th where interested customers can interact with the robot dog before it becomes available for purchase in September.

Tags from the story
Sony