If you’re an Apple enthusiast, here’s another reason to stay loyal to it! In upgrading its devices further, the tech company is all set to develop a futuristic way to keep them clean. To do so, it has been researching the use of heat and light to decompose contaminants and develop atmospheric sensors that would control a cleaning system. 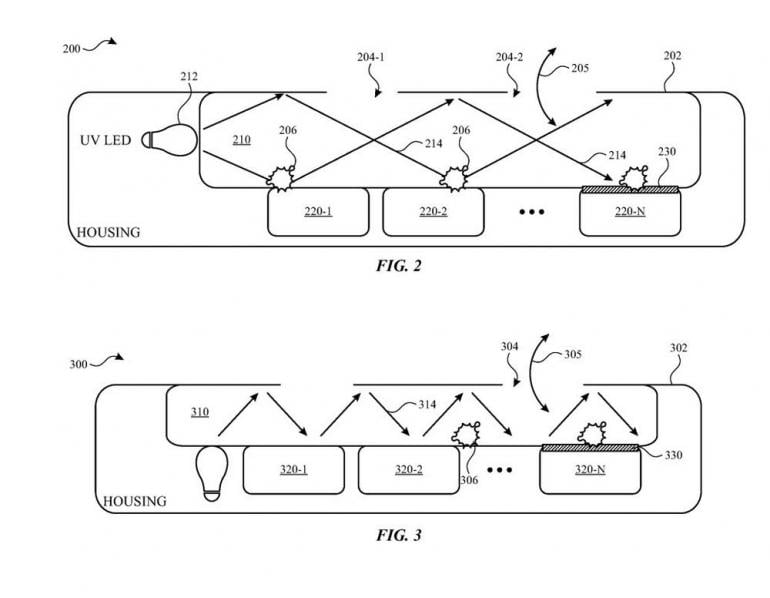 With a series of related patent applications, Apple is looking at building sensors that would deploy ozone or ultraviolet light, to repel and potentially erode and decompose “unwanted organic compounds.” The said sensors may appear in future iPhone or Apple watches and enable them to self-clean at best.

Throwing light on it, an application stated how, “heartbeat, blood pressure and blood oxygen level measurement are among the numerous applications” that such devices may use. It further read, “Further, smart mobile communication devices (e.g., smartphones and smartwatches) can be equipped with environmental sensors, such as pressure sensors, humidity sensors, and gas sensors.”

However, deploying such sensors isn’t an easy task. Speaking of the difficulties in development, Apple said, “Human skin lipids produce squalene, an oily organic compound that can stick to the housing surface and/or sensor packaging. Squalene reacts strongly with oxidizing gases (e.g., ozone and nitrogen oxides), which could significantly increase the errors of such sensors.”
More on the patent is yet to be known, however, kudos to the folks at Apple for already planning ahead!